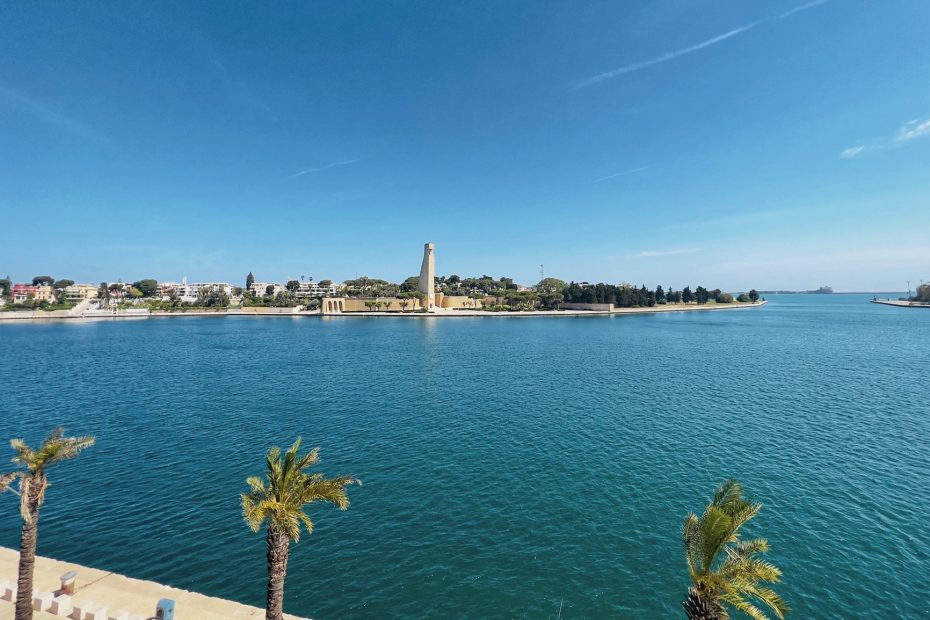 Once upon a time when Puglia was the center of the known world, Brindisi was one of the great intersections of the Mediterranean. A major center of Roman naval power and maritime trade, Brindisi continues to play an important role in the commerce and culture of our region. And for a short time during the 20th century Brindisi, not Rome, was Italy’s capital city.

The city is a tourist port gateway to the east whose main destinations are Greece and Albania and one of the most important commercial ports on the Adriatic. Brindisi (Salento) airport, 6 km from the city center, has daily connections with major Italian and European cities.

Most visitors experience Brindisi as one of Puglia’s main commercial and tourist hubs. The city has undergone regeneration and redevelopment in the last few years, and has a commendable seafront promenade. Roots to its Greek and Roman history are still evident.

A seaport on the Adriatic with a population of around 88,000. Brindisi, one of Puglia’s main transport hubs, is well served by public transport and easily accessible by road. Salento airport, one of Puglia’s two international airports, is only a few minutes from the city center by bus.

More | our guide to traveling around Puglia by public transport | Puglia FAQ: getting here and getting around | read our driving in Puglia guide.

All roads lead to Rome.

Brundisium, connected to Rome by the Appian Way, was the gateway to the east Mediterranean. Ancient twin columns at Via Colonne marked the terminus of Via Appia, built to facilitate the movement of goods and troops to and from the heart of the Roman Empire. Today only one of the columns stands above the port.

Before the Romans came to town Brindisi was part of Magna Grecia, “Greater Greece”.

Reminders of Brindisi’s links to the lands that lie across the Adriatic are never far away. The Archaeological Museum Ribezzo on the Piazza Duomo and the Palazzina Belvedere at the side of the Virgil Staircase have collections that showcase the Greek influence on Brindisi’s architecture, art and culture.

Brindisi feels distant and remote. Relatively poor and undeveloped compared to northern Italian seaports. But once upon a time Brindisi – known by the Romans as Brundisium – was one of the great intersections of the Mediterranean. A major center of Roman naval power and maritime trade.

Connected by the Appian Way, Brundisium was Rome’s gateway to the east Mediterranean. It turned the city into a global powerhouse, From here the Roman Army set off to expand its empire east; to Alexandria, Jerusalem and beyond. From Rome, via Brindisi, the Roman Empire ruled a quarter of the human population across three continents.

Once a destination for pilgrims who would wait for up to two weeks to set sail for the Holy Land, today’s visitors are much more transitory. The city remains a transport hub with a major ferry and cruise port and one of Puglia’s two main international airports. Brindisi is a city people tend to pass through, spending only a night in the city, either of arriving or departing.

The Romans, who took the town from the Greeks in the middle of the 3rd century BC, set about maximising the town’s potential. The Appian Way was built to connect Rome with Brundisium and outward to the east Mediterranean. With the passing through of Roman legions, navy and trade ships, Brindisi grew in reputation, importance and wealth.

After the fall of the Roman Empire, Brindisi passed to the Ostrogoths, the Byzantines, the Lombards and the Saracens. The Normans arrived in 1070, and Brindisi became the base from which Crusaders left for the Holy Land. The Sixth Crusade – which saw Emperor Frederick II reclaimed Jerusalem for the Christian world – set sail from Brindisi in 1228.

As a strategic naval base Brindisi suffered heavy bombing during the Second World War and spent many years rebuilding. The city has undergone a significant makeover in the last decade.

During the First World War, Brindisi was bombed approximately thirty times by enemy forces; from its port, Italian naval ships and submarines left for 207 missions of war; so, the Military Cross of Honor was brought to the city.

During the Fascist era there was great interest from Mussolini, to upgrade the port, as well as the city. The importance of its port meant that during the Second World War Brindisi was subject of aerial attacks from its enemies, suffering great structural and housing damage.

In December 2019 more than 50,000 residents were evacuated from their homes following the discovery of an unexplored WW2 British bomb, believed to have been dropped on the city in 1941.

Brindisi had a significant military and political role as one of three landings during the Allied invasion of Italy. In September 1943 after secret negotiations with the Allies the leaders of the Italian government, including King Vittorio Emanuele III and his family, and Prime Minister Badoglio, fled from Rome to Brindisi. On their arrival from 10th September 1943 up until February 1944, Brindisi was capital of Italy.

Brindisi at the time was controlled only by the Italian Army, but following its quick occupation by British troops secured the safety of the Italian leaders and allowed the declaration of war by Italy against Germany.

By air: Salento (Brindisi) airport has a number of international flights with regular connections to and from Rome, Milan and other destinations in Italy. The major car hire companies operate from Salento airport.

To get to the train station take the bus into Brindisi (€1 in advance inside the airport, €1,50 on board), turn right as you exit the terminal building. Turn left to take a taxi – a €20 flat fee for anywhere within the metropolitan area of Brindisi. A taxi to Ostuni is likely to cost between 95€ to 120€.

Trains run regularly between Bari and Brindisi and onward to Lecce.

More | read our FAQ about getting to Puglia and getting around, which airport is best depending on your destination and onward connections | our guide to driving in Puglia | using public transport.

3 Great Things to do in Brindisi

When we visit Lecce we feel the need to absorb the beautiful baroque architecture. In Bari Vecchia we feel the need to experience barese life, see the nonne make orecchiette and eat the street food. In Alberobello we navigate the crowds of the rioni Monte trulli zone. Even in Polignano there are sights to be seen and restaurants to be visited.

But Monopoli, with its compact centro storico and equally compact beaches, is where we visit to take a pause and reset.

Ancient twin columns stood, it is said, at the terminus of the Via Appia, now often depicted as an emblem of the city. Today only one remains in situ.

In 1528 one of the two columns collapsed, the surviving column was dismantled during WWII to avoid damage. Between 1996 and 2002 the column was again disassembled and restored while archaeological investigations were carried out in the surrounding square.

The ruins of the second were gifted to Lecce to support the statue of Sant’Oronzo, Lecce’s patron saint, said to have cured Brindisi of the plague.

The column sits atop a white staircase, taking its name from the Latin poet and scholar Virgil who stayed in a house on the side of the square until his death there. Although his house has long since disappeared and a newer palazzo has been built in situ, the location is still marked.

The steps were built as the centrepiece of a horizontal panoramic vista that would greet voyagers coming arriving by sea.

The original flight of steps were erected in 1861 and enlarged during the Fascist era, in 1929.

2.   Monument to the Italian Sailor

On the other side of the port is the imposing Monument to the Italian Sailor.  Commissioned by Mussolini, was built between 1932 and 1933 to commemorate fallen Italian sailors.

Standing 53 meters tall overlooking the port of Brindisi, built in reinforced concrete in the fascist style and covered in pietra carparo, beige sandstone, which gives the structure its golden colour.

The monument is rudder shaped, its base an overturned hull housing a crypt. The statue of the Virgin “Star of the Sea” sits on the altar.

The names of the approximately 6,000 sailors of the Italian Navy and the Italian Merchant Navy who fell from the period from the unification of Italy up to the date of inauguration of the Monument, the majority during the First World War, are shown on black marble positioned in the arches on the sides of the entrance.

Locally the monument is referred to as “la jatta ‘ssittata”.

3.   Stroll along the lungomare