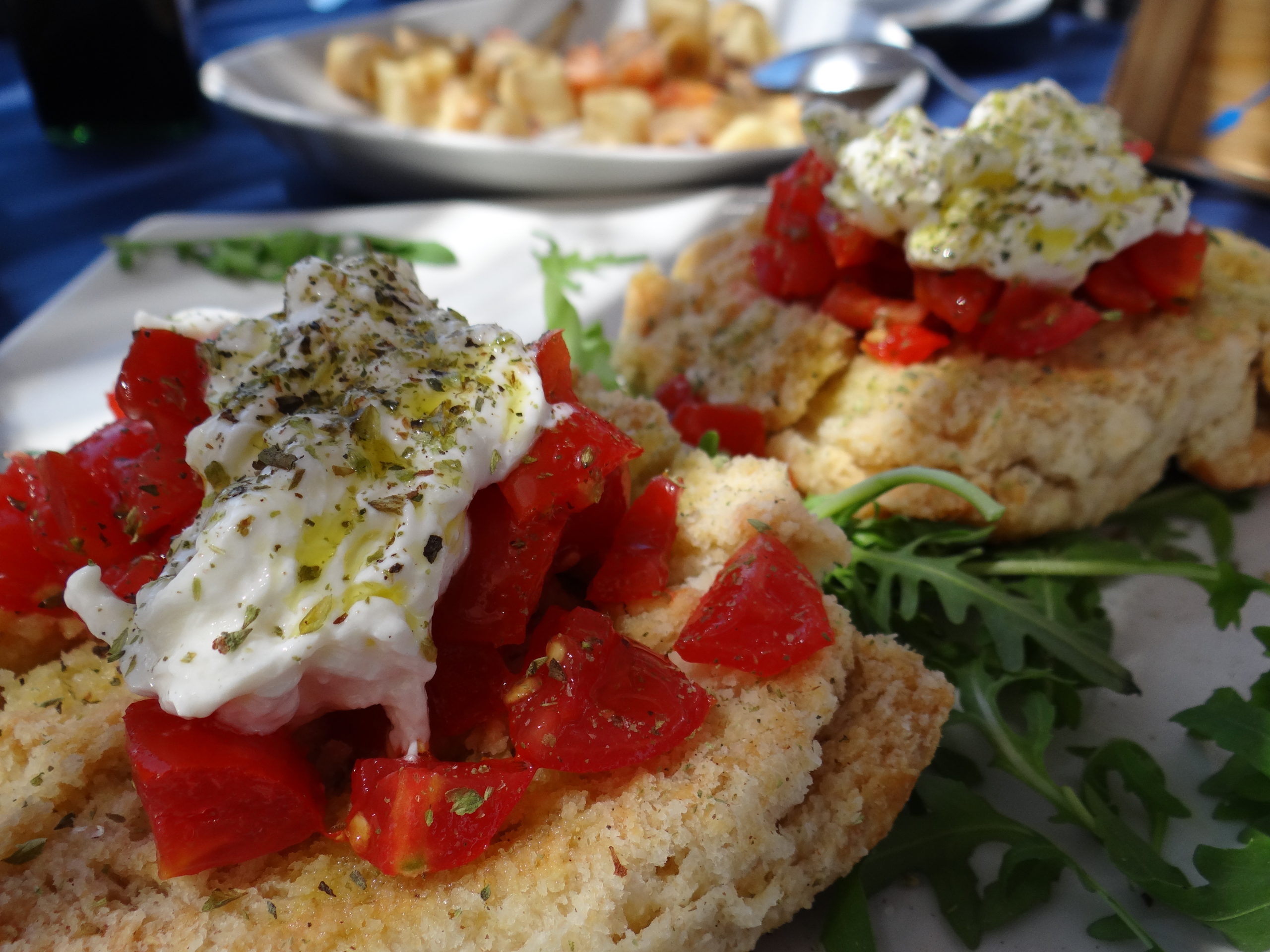 Made with stale or toasted bread, acquasale was once the traditional lunch of farmers and fishermen working outside all day.

For those on long journeys at sea, few foods lent themselves to storage. Friselle, bread rolls made from durum wheat, sliced in half and then dried in the oven to tooth breaking hardness, could be kept for lengthy periods.

Too hard to be eaten in the same way as bread, the friselle had to be softened in sea water and dressed with extra virgin olive oil.

When the Crusaders left the port of Brindisi for the Holy Land, friselle were offered for sustenance and good fortune.

Now served as antipasti, these are still prepared in the same way; dipped in water, seasoned with raw garlic, extra virgin olive oil and salt and served with a topping of tomatoes. What was once a simple, humble fare has become a delicious and distinctive element of Puglia’s culinary tradition.

Friselle first appeared around the 10th century, when merchants were forced to undertake many months at sea.

Wash the cherry tomatoes and cut them into quarters. Gently squish them to release their juices then dress them with extra virgin olive oil and salt, and stir well.

Take a clove of garlic and rub it on the rough surface of the friselle. Wet the bread, either by sprinkling with or, as we do, dunking in cold water to soften (count 1 and 2 and 3 and 4).

The friselle should be soft on the surface but still crisp in the centre. Dress with extra virgin olive oil and a pinch of salt. Arrange the seasoned tomatoes on top.

More usually the friselle are brought to table with a bowl of water, some garlic cloves, a plate of sea salt and the seasoned tomatoes. Our guests serve themselves.

For a more intense flavour, marinated anchovies and grated lemon rind can be added to the tomatoes. Feel free to add capers, olives, basil and oregano.

We love to top ours with a chunk of torn burrata another glug of extra virgin olive oil from our olive grove, and a grind of cracked black pepper. 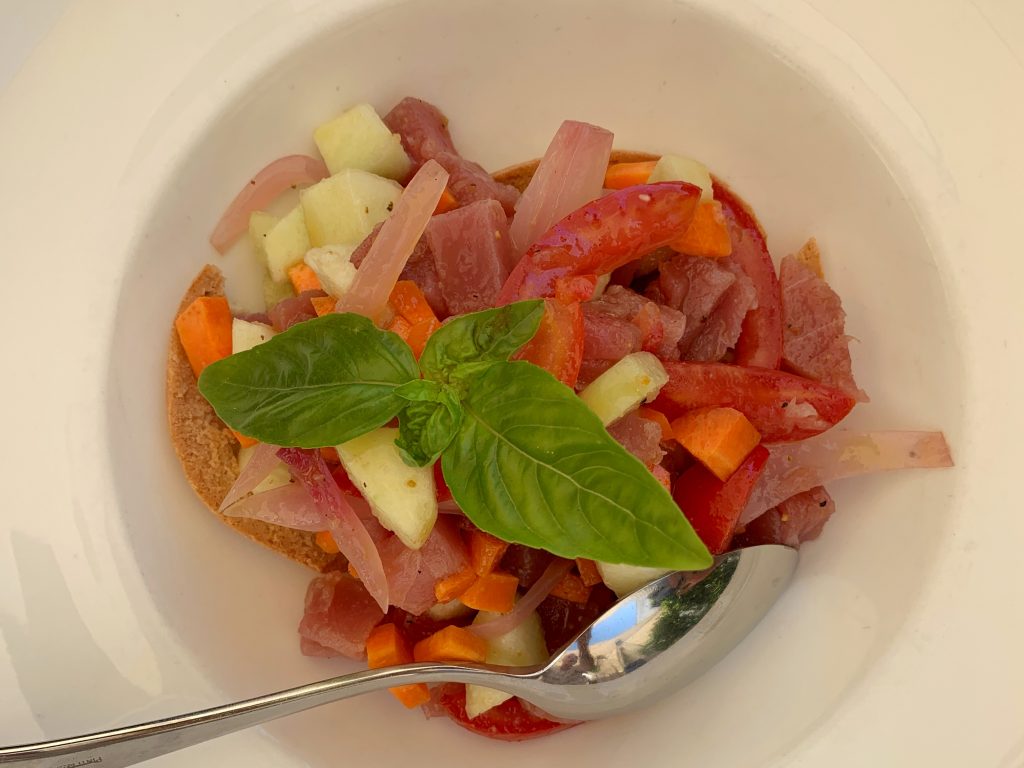