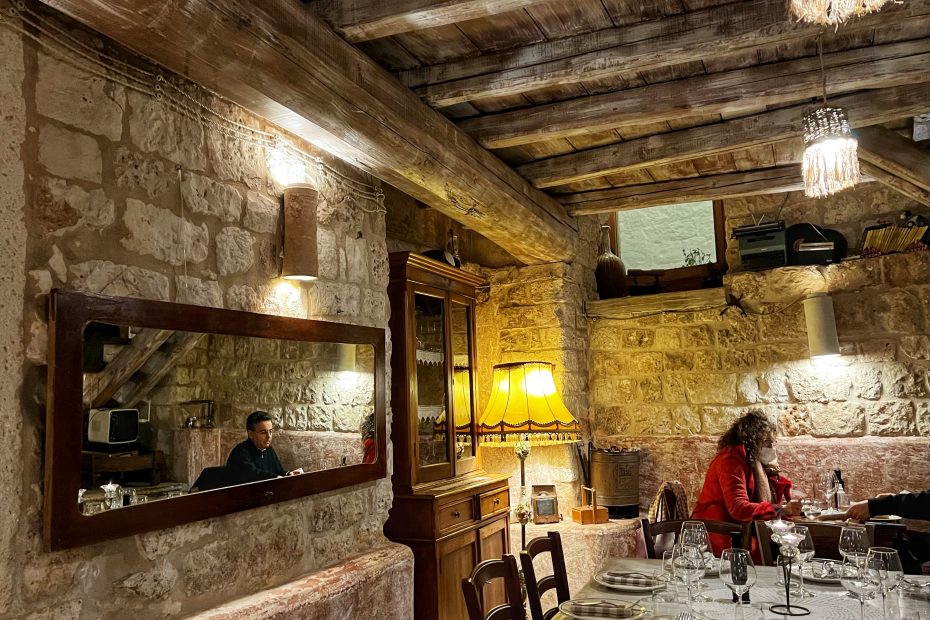 Despite their new found notoriety, no doubt on account of being the first Ostuni restaurant to be mentioned in our Big Guide to Puglia travel blog, and subsequently for being the restaurant of choice for Madonna to celebrate her most recent birthday festivities, Casa San Giacomo still has very modest pricing.

Madonna, the great grandmother of pop, loves Puglia. She declared it herself. And she has celebrated two landmark birthdays here (after a certain age, every birthday is a landmark). In 2017 when she turned 59 and again last summer, on the occasion of her 63rd birthday.

It is not, of course, important that Madonna ate at Casa San Giacomo. Rather that it was selected for her and an entourage of around 30 as a place to enjoy authentic traditional Pugliese cuisine in a setting oozing Ostuni atmosphere.

On our most recent visit to Casa San Giacomo our waiter was still excited to recall the birthday party.

There was music. Puglia’s very own Domenico Modugno's 'Nel blu dipinto di blu' as selected by Madonna to set the tone and, as chalice after chalice of primitivo and negroamaro were downed, “Bella Ciao” was sung. Over and over.

Un “grande sacco” of food was prepared. The party dined on Puglia’s pasta speciality orecchiette, and friselle, washed down with yet some more red wine from Puglia.

There was so much food, our waiter told us, that some never even made it out of the kitchen…

Our visit with friends was far more modest. A starter and a pasta dish, then straight to desert. With only one other table for most of the night (as we finished up, another set of diners appeared), the waiting staff were in convivial form. This is typical of Pugliese hospitality, especially so when it comes to food.

However on this visit to Casa San Giacomo we found the food a little under seasoned to our taste. Still, as the triumph of earlier visits reminds us, the fine tuning of a dish to taste is, after all, very personal. 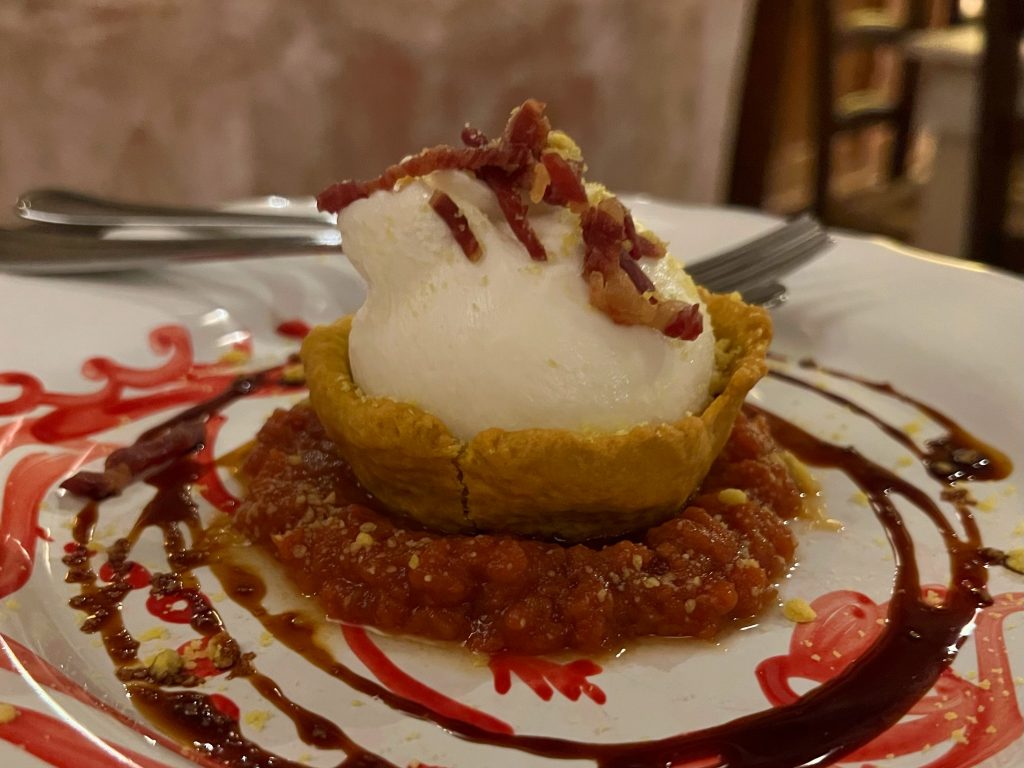 The burrata was beautifully presented, and we loved the sun dried pesto dressing. We did wonder if the burrata had perhaps been purchased the day before. The molten inner creaminess was less than usual. The older the cheese, the more the liquid center is absorbed. It also looked a little dry (in our Puglia Kitchen a drizzle of fruity extra virgin olive oil would have helped it look less dry).

The pure di fave was among the finest presented to us in Puglia, with a texture of mashed potato, although a little bland in taste. 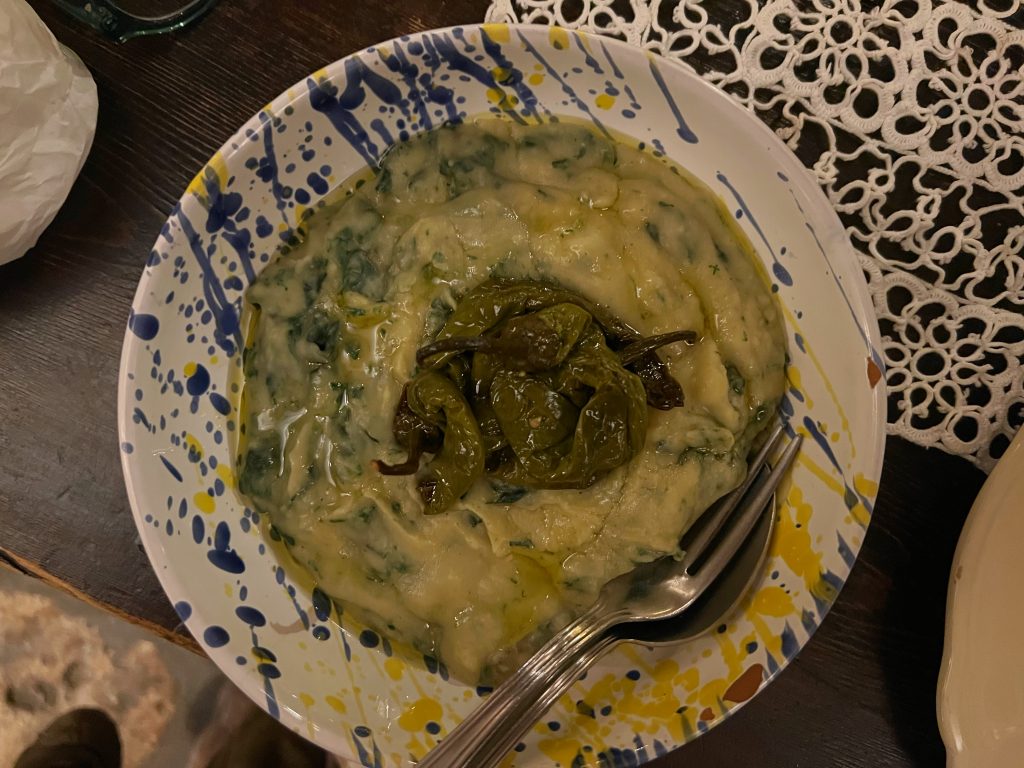 Pasta as primi is often tricky. When taken with a main it’s often too filling. But on occasion after antipasti it’s not quite filling enough. In this case it was the latter, which isn’t usually the case when we dine out.

For our dolici the land of chocolate 75% with biscuits, hazelnuts, almonds, maldol salt and fig cream at 7 € was bigged up by our waiter. Yet we found it less than interesting. The promised saltiness was lacking (under seasoned like the courses that had come before). The figgyness of the cream was only apparent from the menu description.

But do not be put off. Casa San Giacomo is both reasonably priced for a top recommendation in Ostuni with great seasonal and authentic dishes. Besides, we are fairly certain that when we next visit Nonna will be back in the kitchen cooking sublime dishes for her guests. 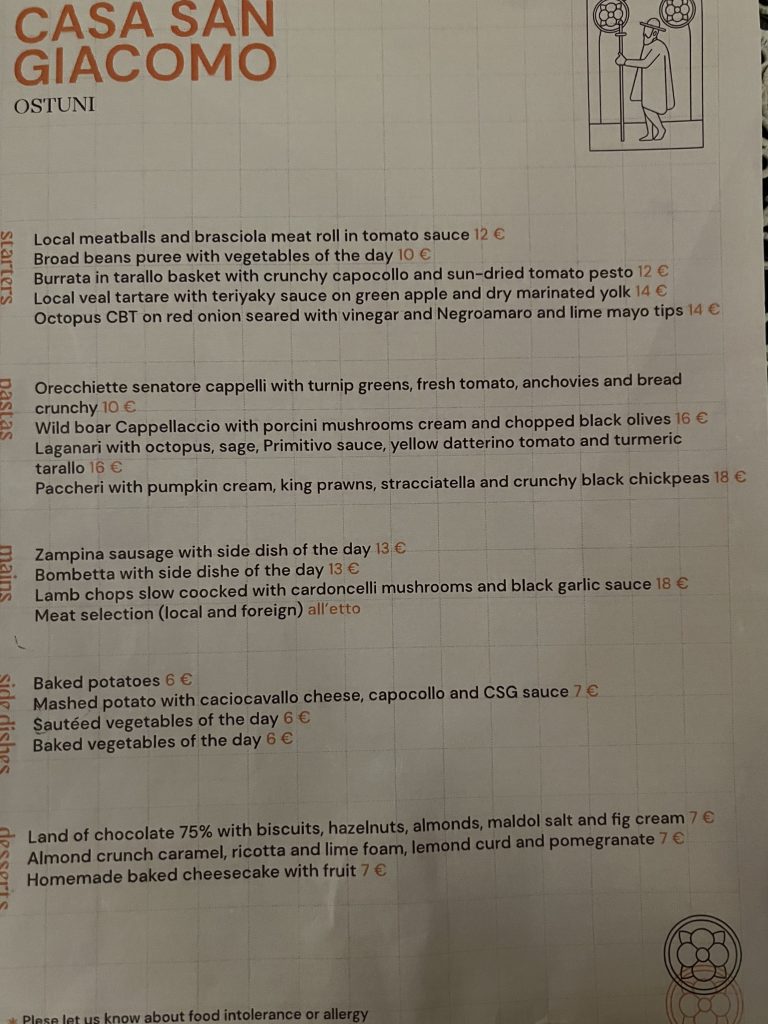