Wherever your base yourself Puglia is eminently navigable - especially with with your own transport. Our contributors know all the special and lesser-known destinations that you will find within easy reach. Whether you take a day trip or two, or embark upon a mini-road trip, take it slow just like we do. Our Puglia. Our home. 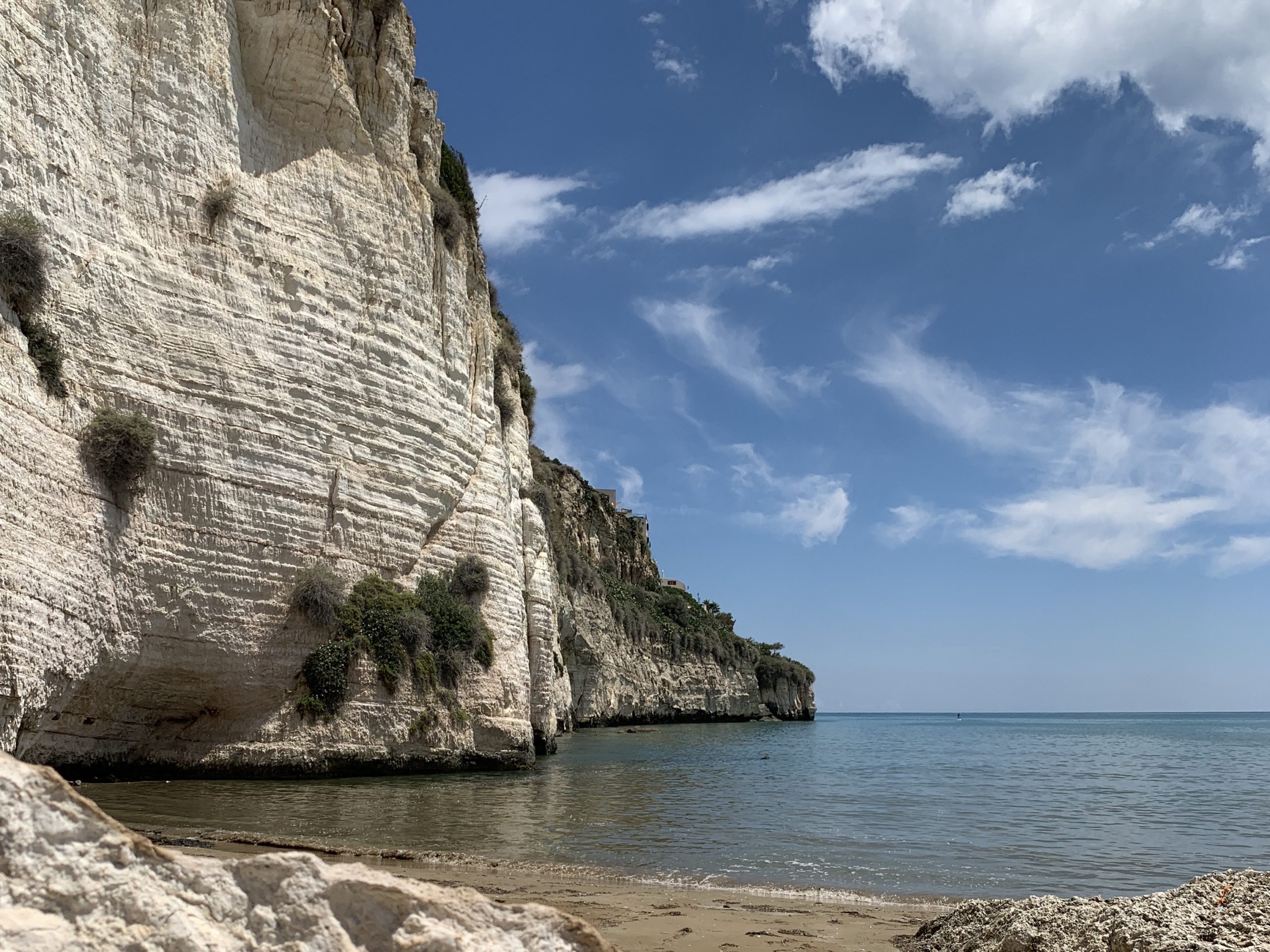 Whose beaches have a soft silvery pink sand that sparkles under the golden sun that drips down, day after day. 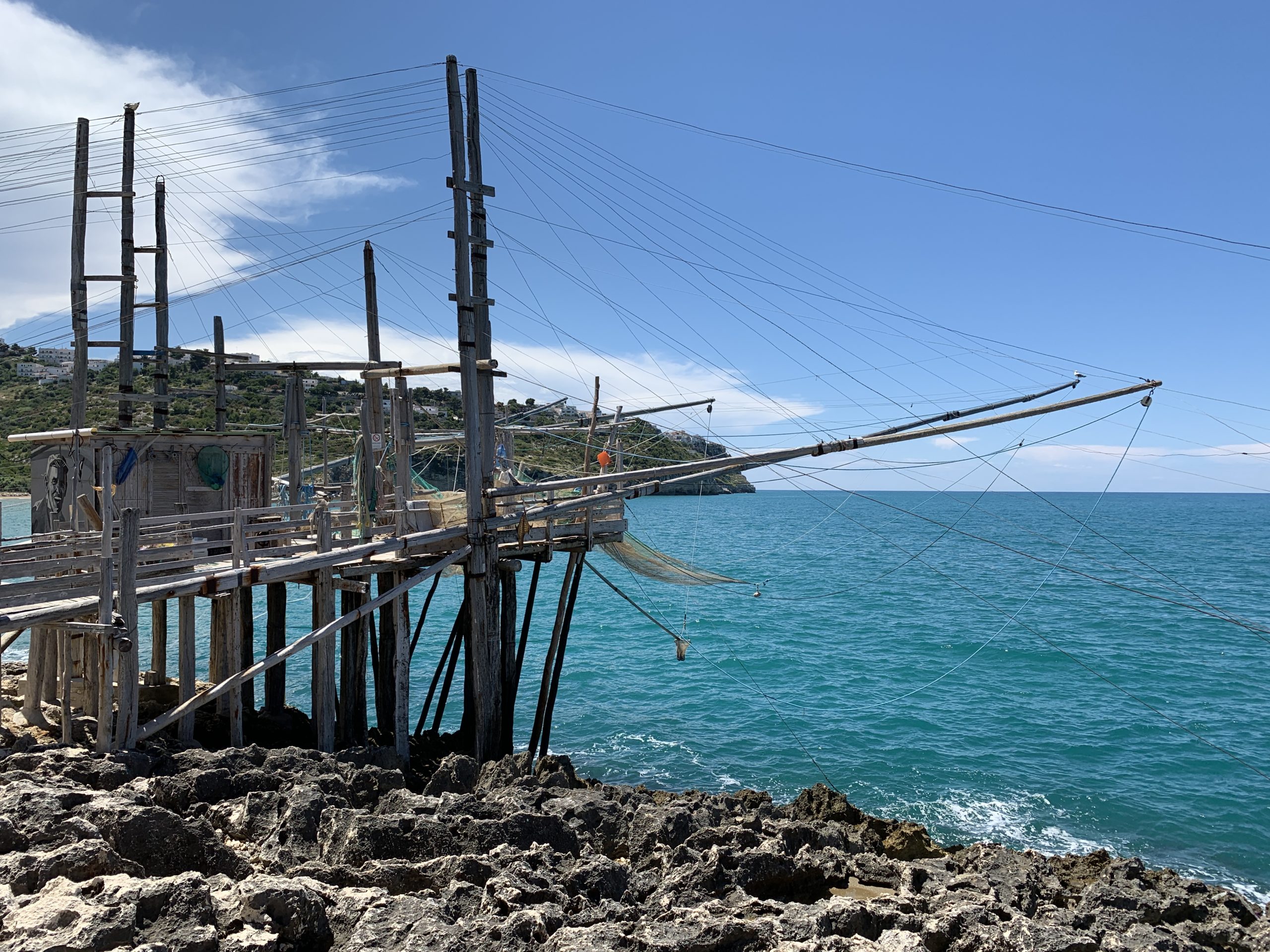 The Bay of Peschici is renowned for its white sand beach, about 1.2 kilometers long, and framed by large rocks. 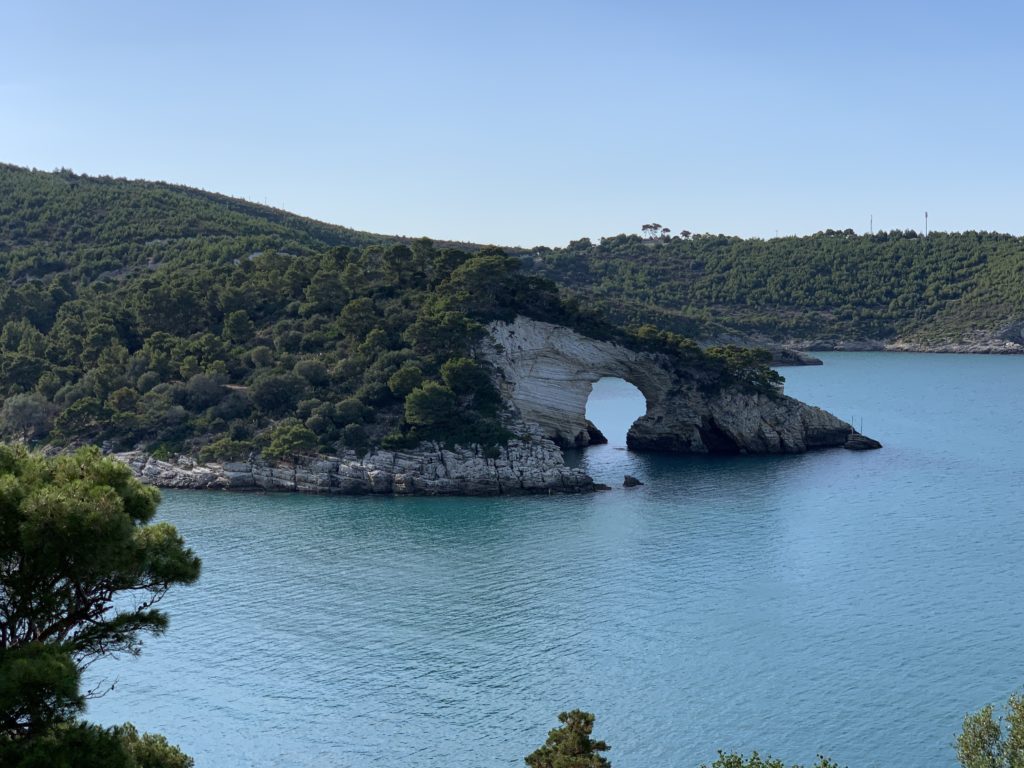 The Gargano has a glorious coast of rocky beaches, long stretches of sand and translucent turquoise waters.

If ever there was a reason to be inspired by Puglia this is it.

Most of the Gargano -which forms the spur of Italy’s boot - is a national park. Verdant and mountainous it remains unspoilt, apart from the few seaside resorts and fishing towns along the coast. 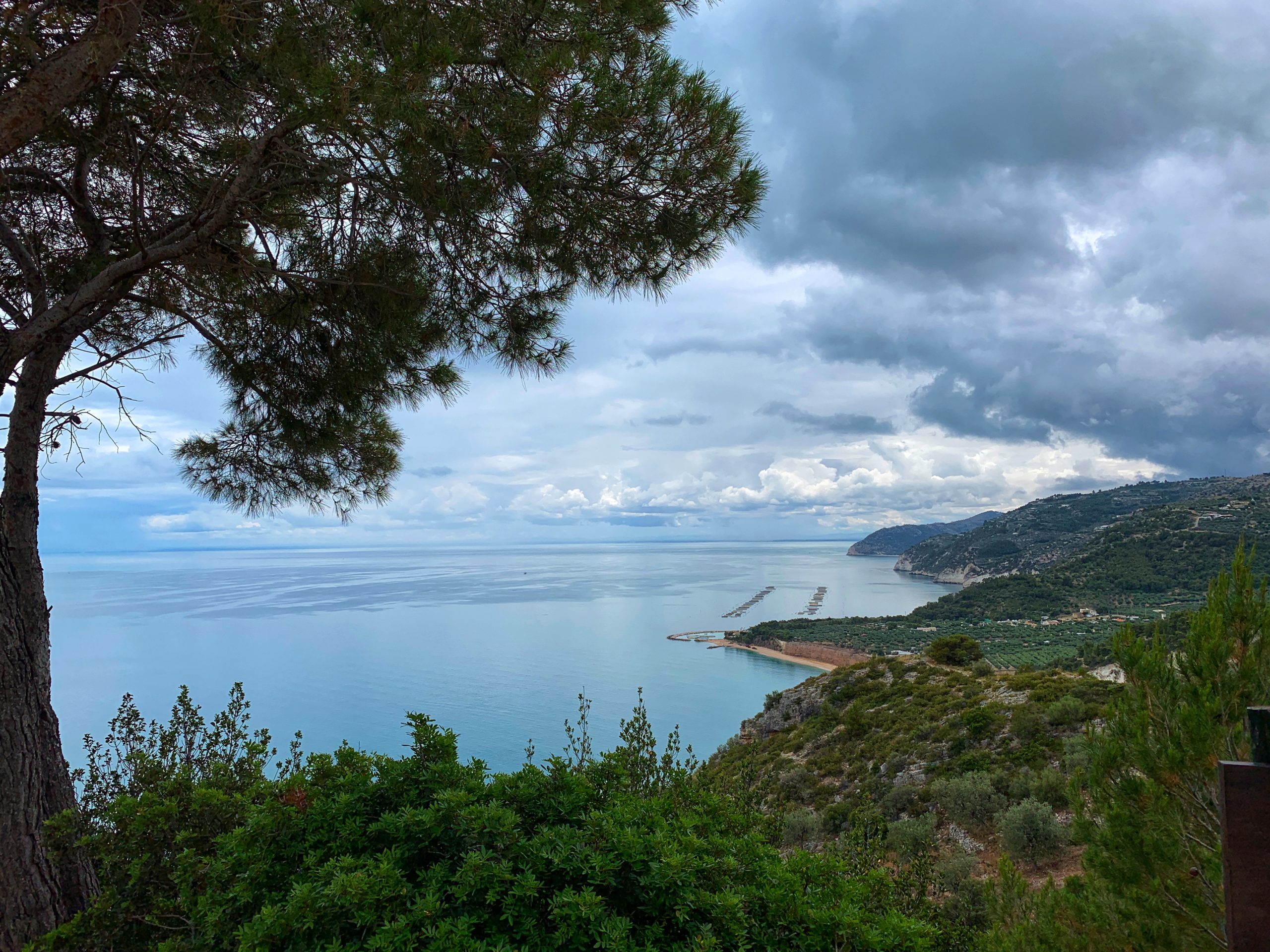 If the Valle d’Itria is the most visited part of our region then the Gargano is the most overlooked. Rising up in the distance as you pass along the salt flats of Margherita di Savoia it feels very different to the rest of Puglia - albeit with similar accents of olive groves and azure waters.

The drive through the ancient oak and beech forest will offer glimpses of a dramatic coastline of coves and caves cut into the white limestone cliffs and long sandy beaches. 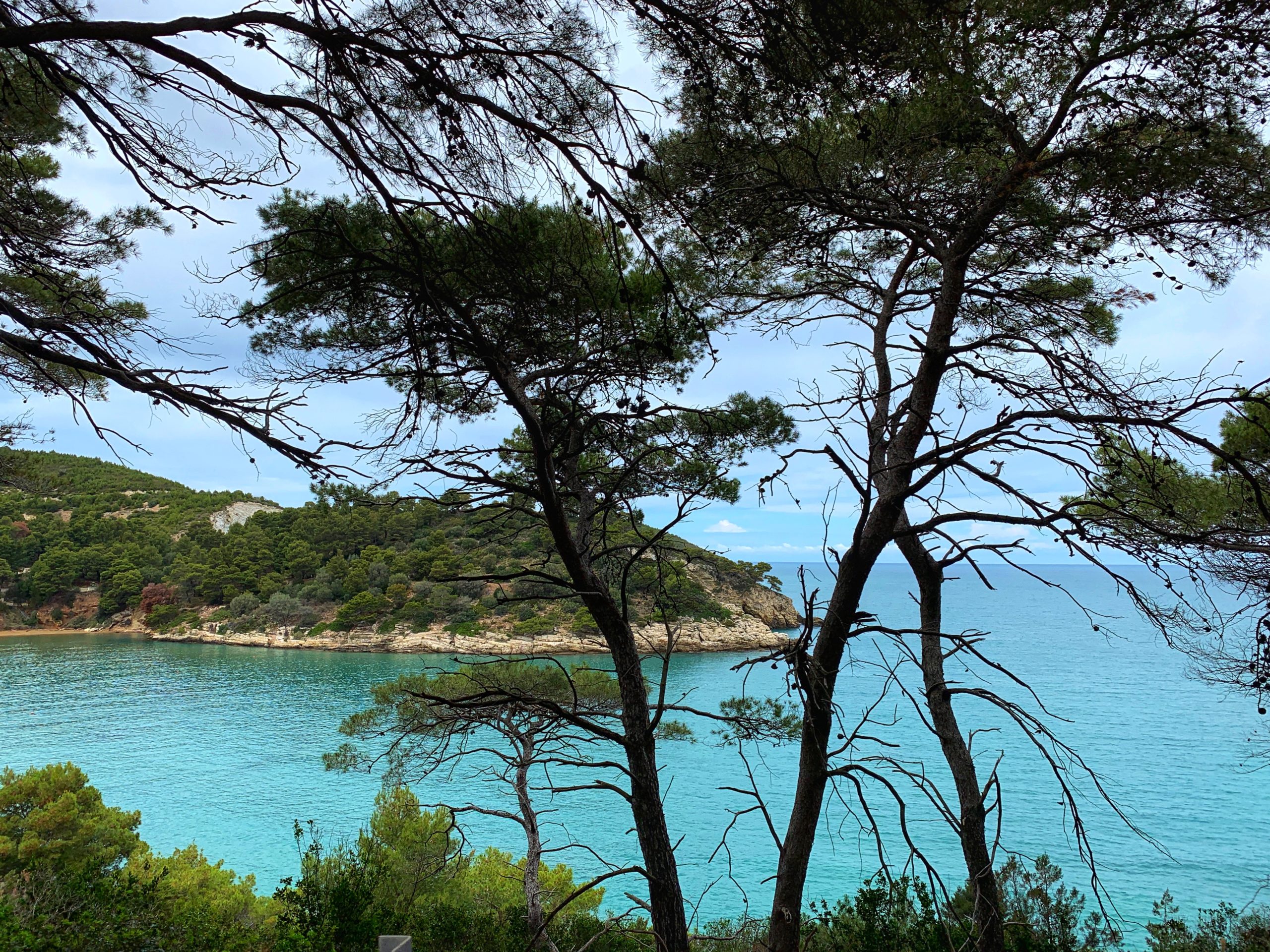 The Gargano is more remote than other parts of Puglia, seemingly more difficult to reach although the airport shuttle bus from Bari connects with Vieste and Peschici. 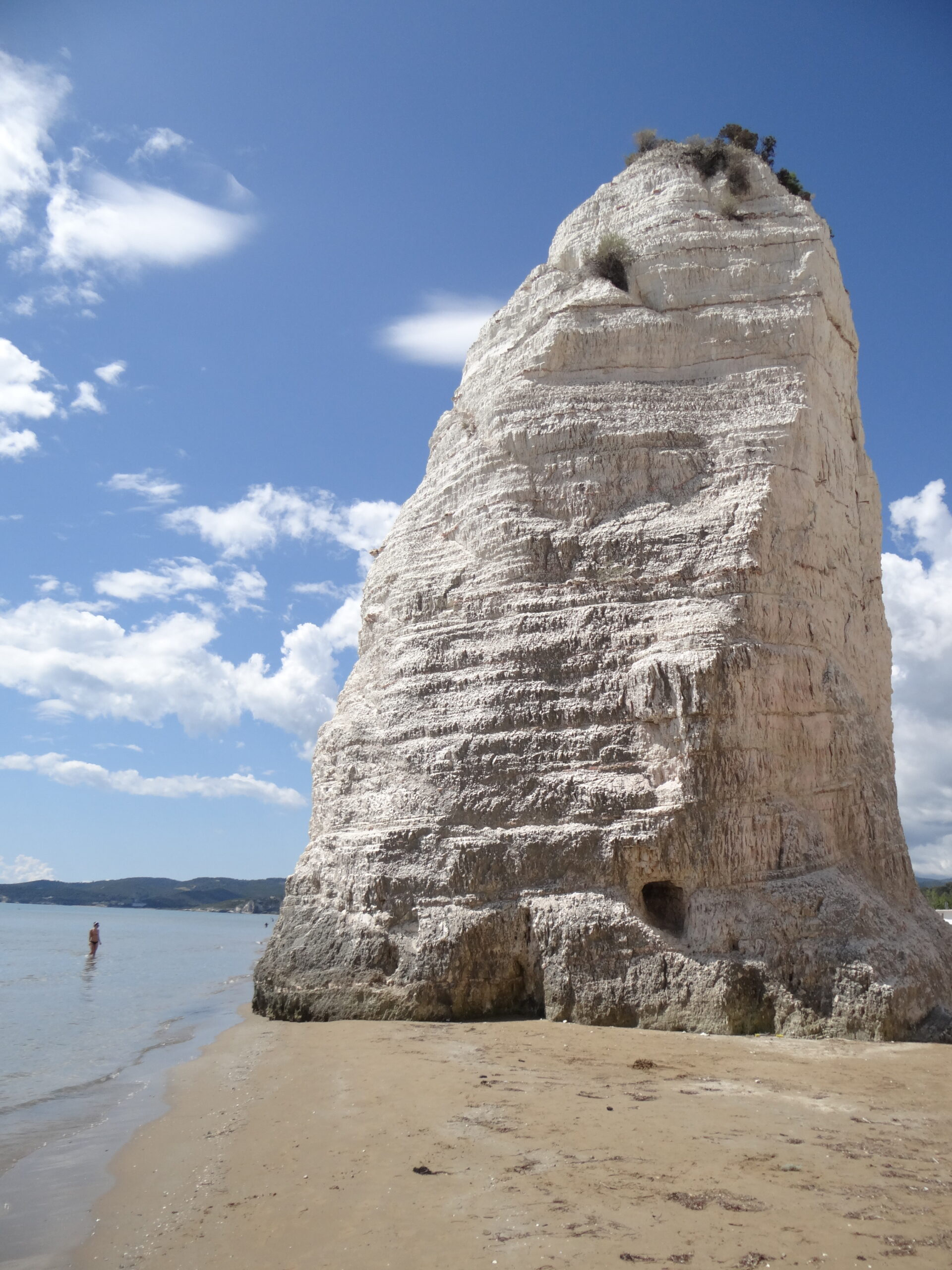 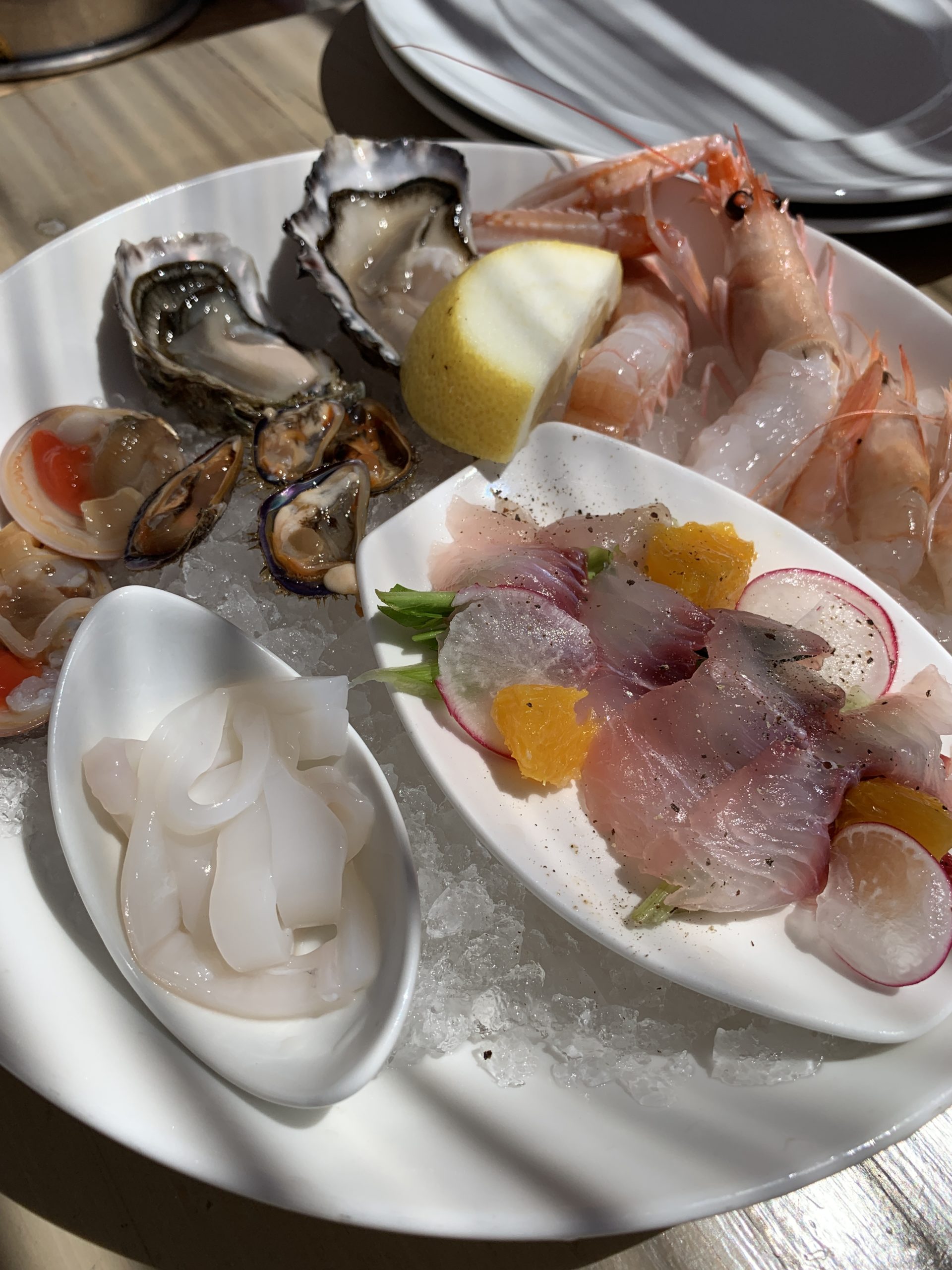 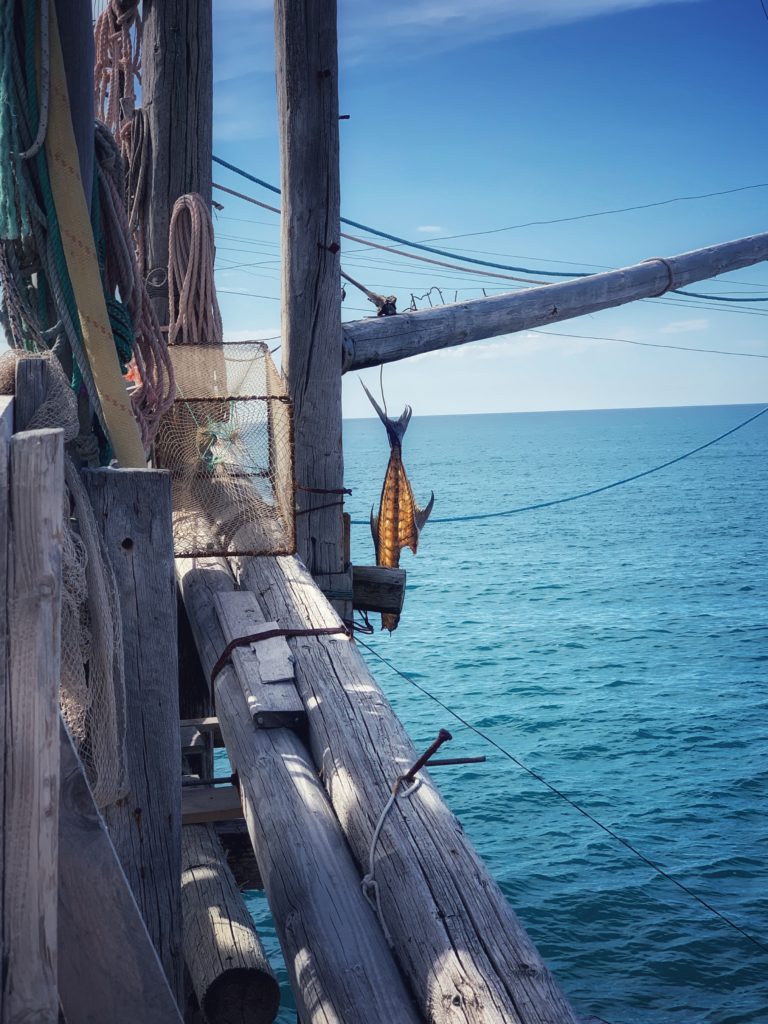 As this is a two and a half hour drive, we recommend making the most of this by staying the night in Vieste and returning to Bari after a late lunch in Peschici.

Take the SS16 | 2h29m route shown on the screen cap below rather than the default A14 - Autostrada Adriatica (E55) route highlighted in the embedded map. 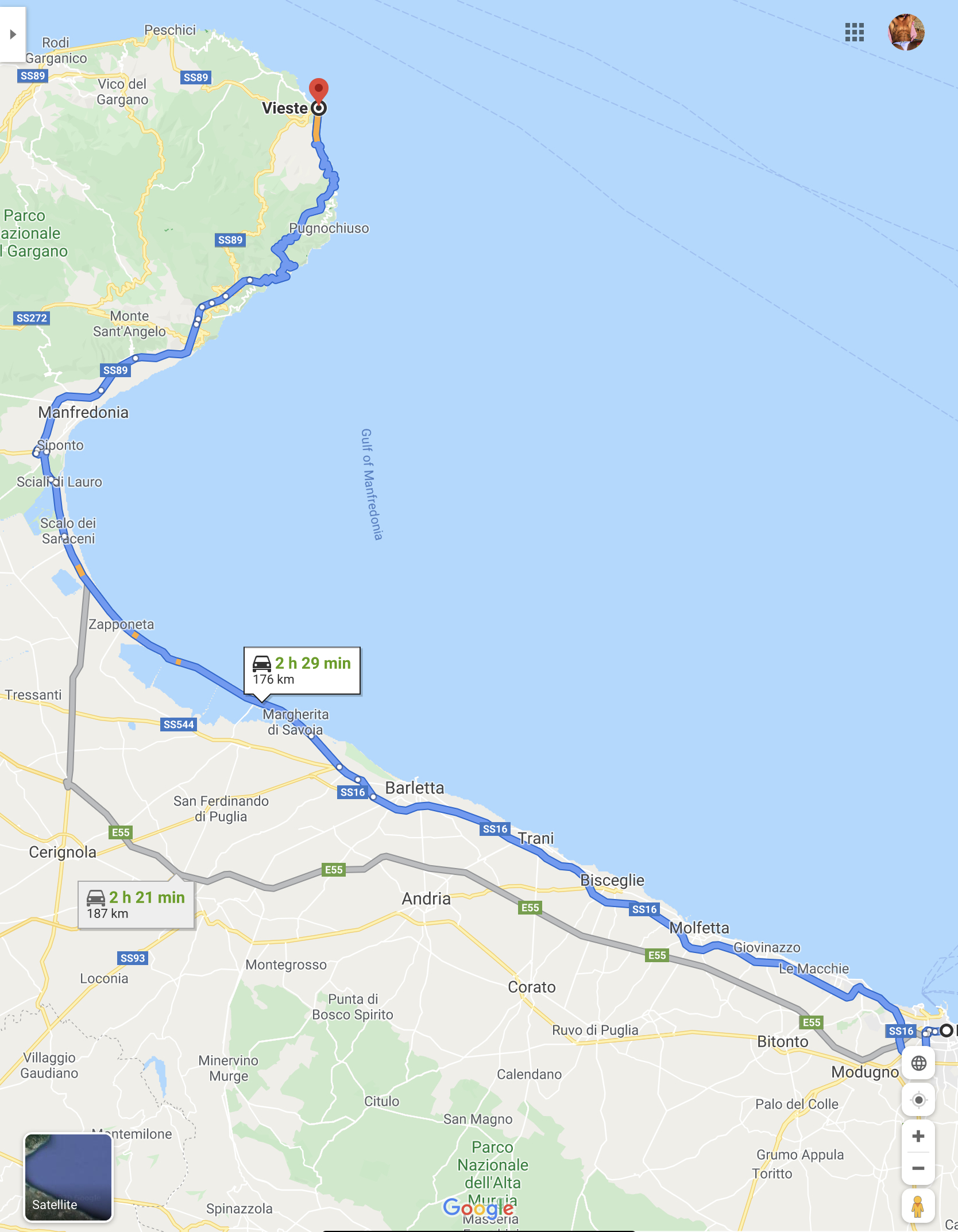 This avoids the €6,80 toll and is a more interesting drive through Margherita di Savoia and along the coast. 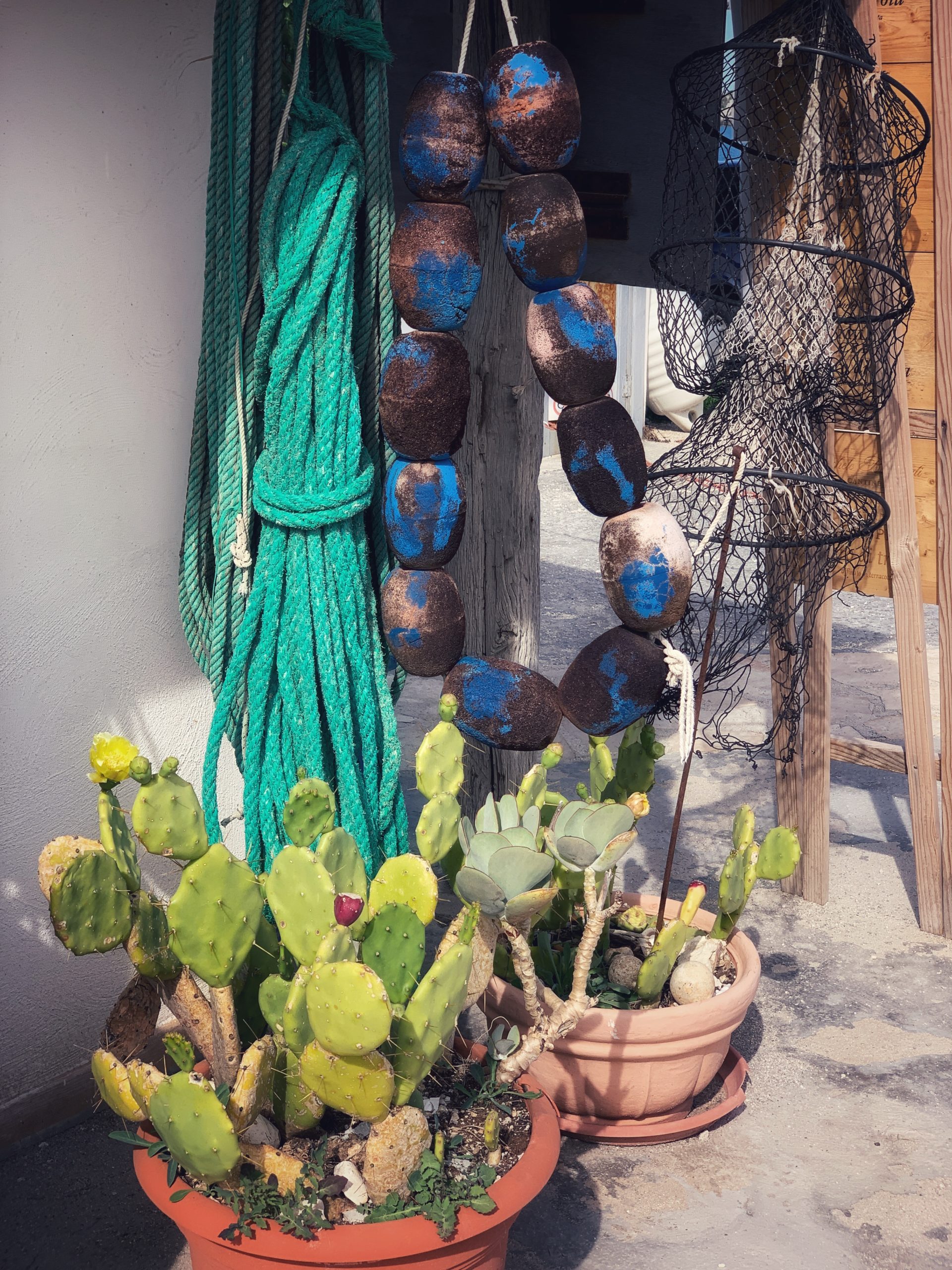 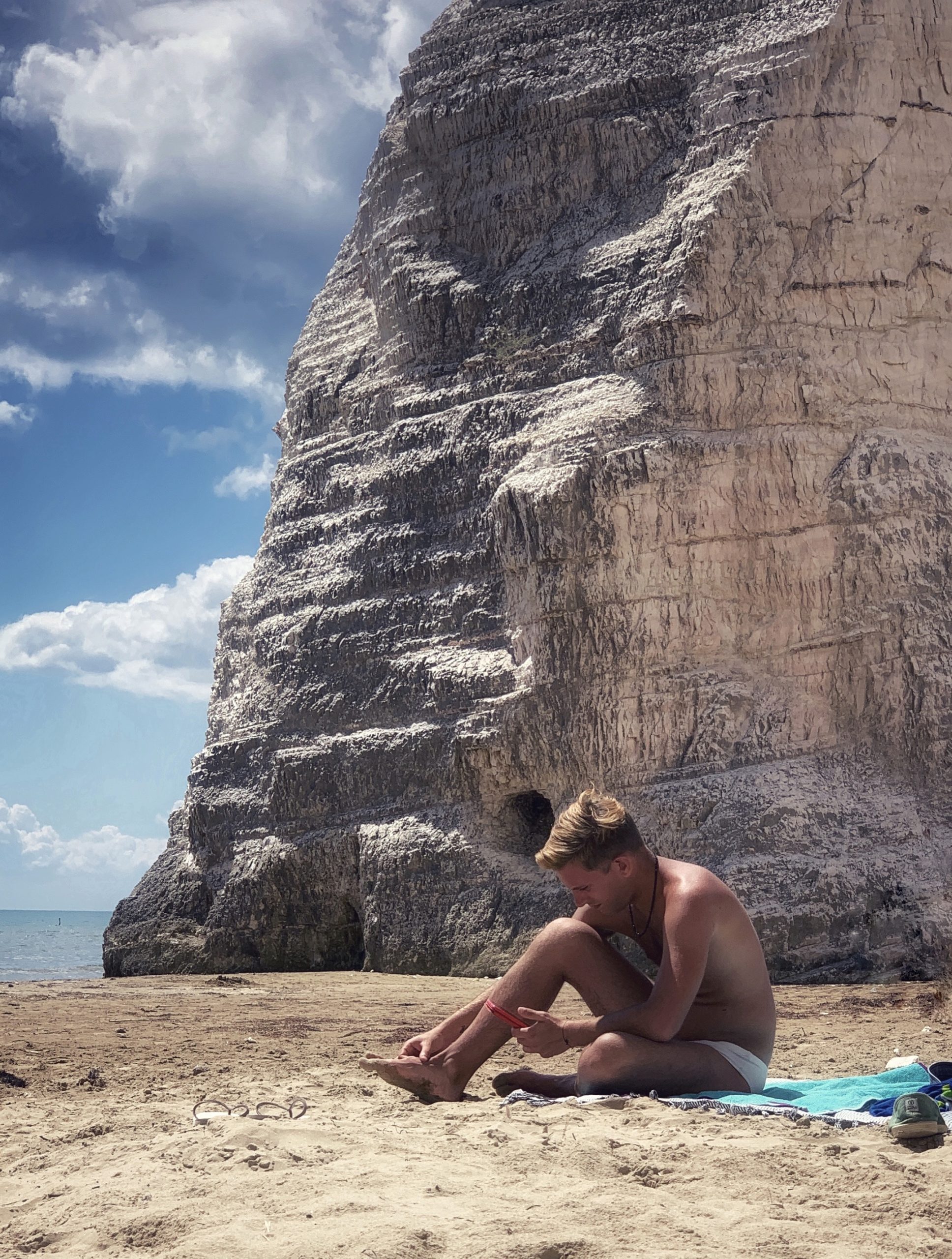 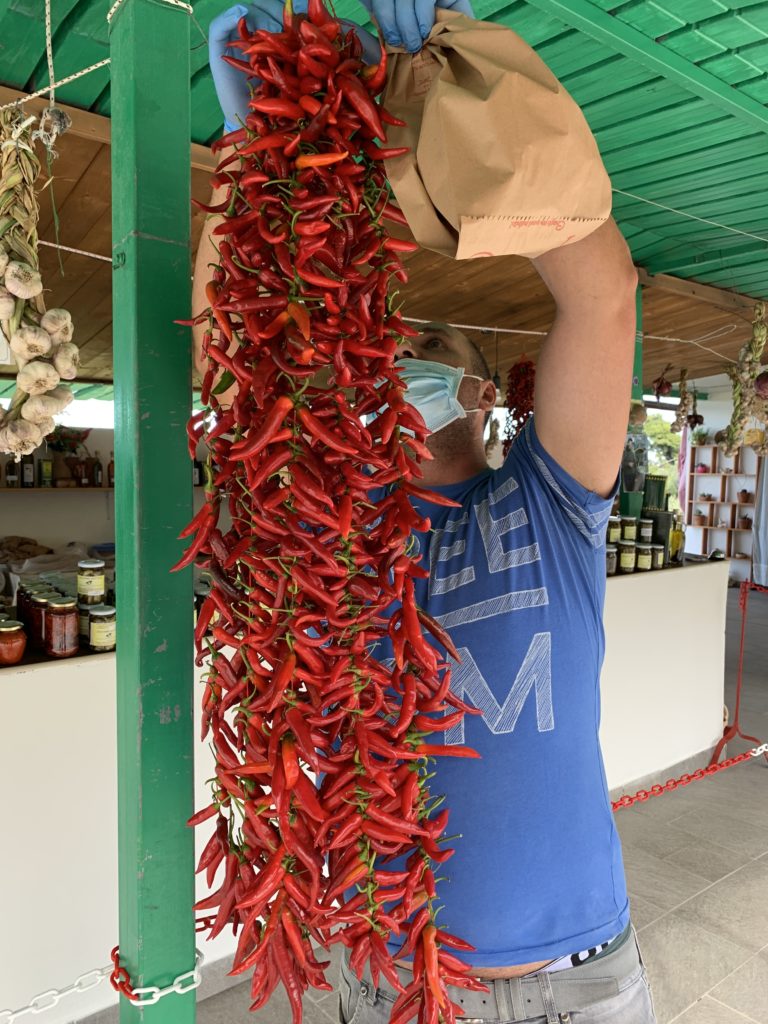 Stop off in Trani (50 minutes from the centre of Bari) for a coffee and pastry. Head to the Porto di Trani (the Trani Sant’Angelo exit) for coffee and a pastry and a walk around the old port with its picturesque cathedral.

Passing through the salt flats of Margherita di Savoia pull into the side to see the flamingos.

Continue to Vieste in time for lunch.

Try the pepata di cozze (peppered mussels). Served in the shell and a delicious broth it may look similar to moules mariniere, albeit without cream. Unlike moules mariniere the wine and garlic do not overpower the broth, enriched by the olive oil and beautifully fragranced by the black pepper.

Alternatively choose a paposcia from the range of paposce on the menu. Similar to a panini but with a crispy wood oven baked focaccia, made exclusively from olive oil from the ancient olive oil trees of the Vico del Gargano. Named after the slipper shaped focaccia this speciality of the Gargano region going back to the 16th century.

We had the Cristalda in honour of Vieste’s most famous legend, the legend of Cristalda and Pizzomunno. 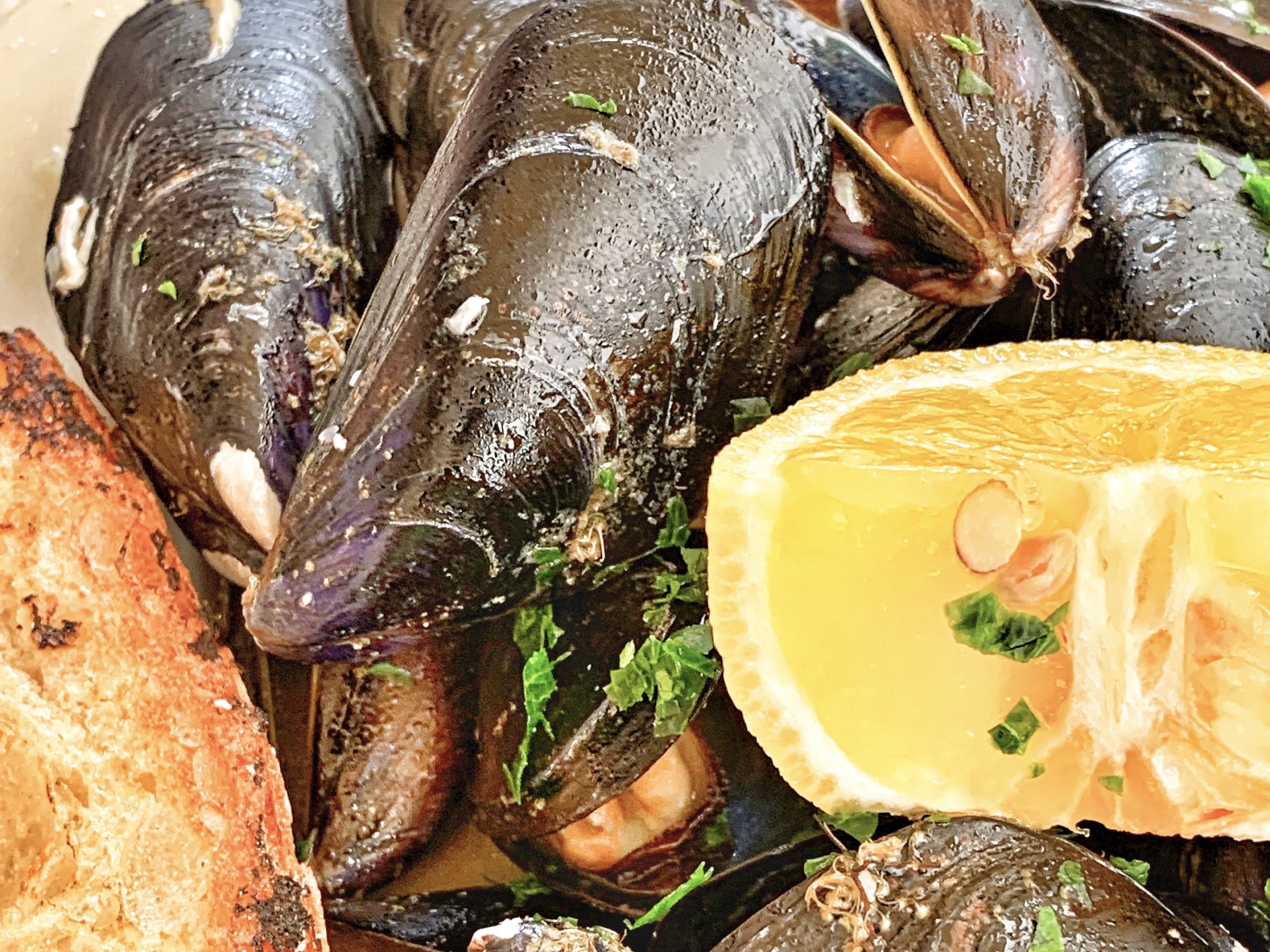 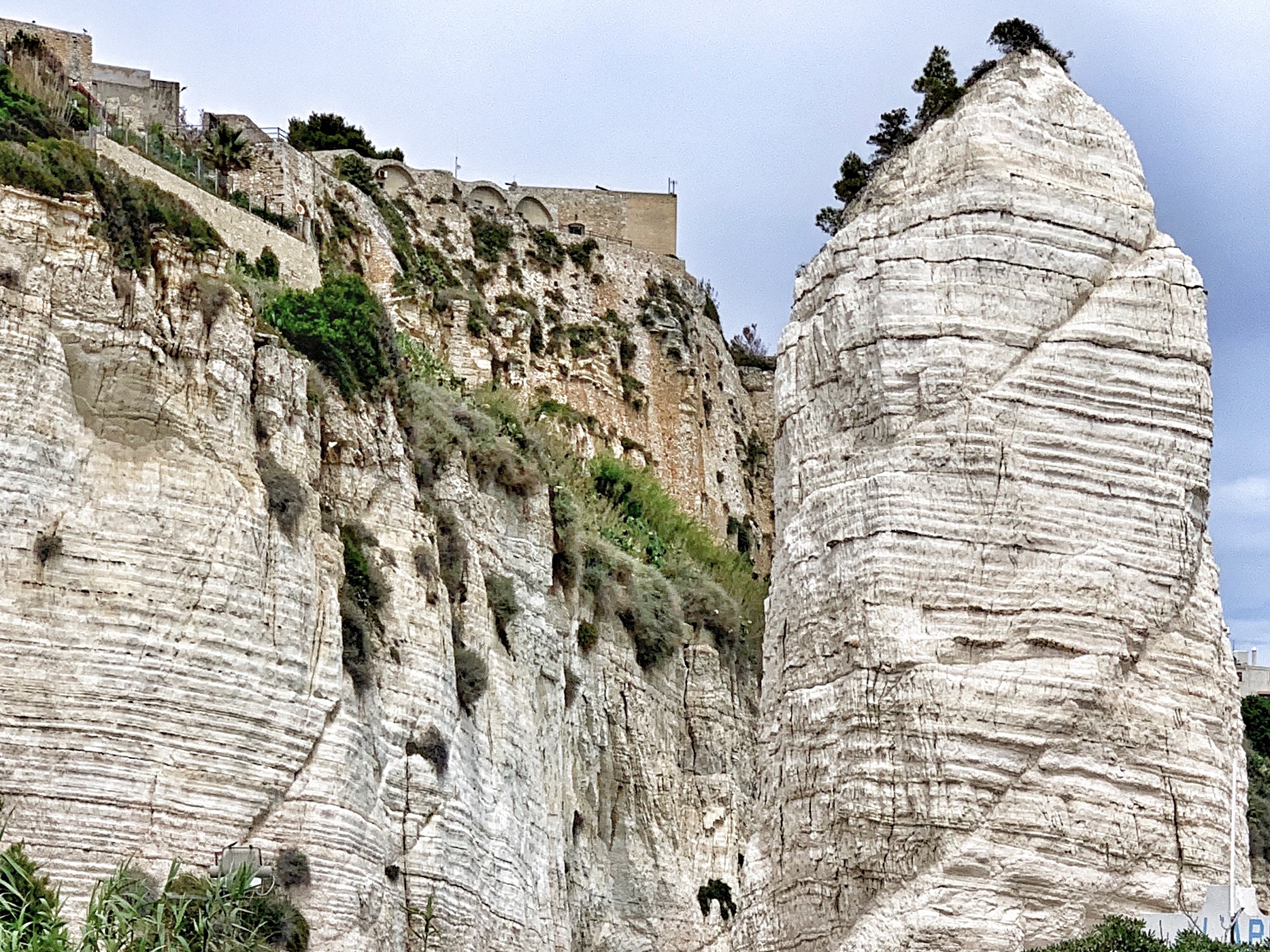 Spend the afternoon on the beach. Vieste has two long stretches of sandy beach, either side. Both have a selection of private lido clubs and public beach.

The longer stretch is of beach is on the southeast side of the town, where Pizzomunno stands watch. You can park along the lungomare (€ hour |1 ). On the northwest side is a shorter but deeper beachfront, again filled with lido clubs. A huge car park sits between the beachfront and the hotels (€ hour | 1).

A 30-minute drive along the coast, north of Vieste.

Along the coast of rocky beaches and translucent turquoise waters, between Peschici and Vieste, are the trabucchi.

Spend the morning on one of the beautiful beaches either side of Peschici before heading to Trabucco da Mimì, a must for lunch (booking essential); the food, the location - one of Puglia’s best dining experiences.

We suggest booking a terrace table for 1.30pm. Don’t think about finishing until after 3pm. 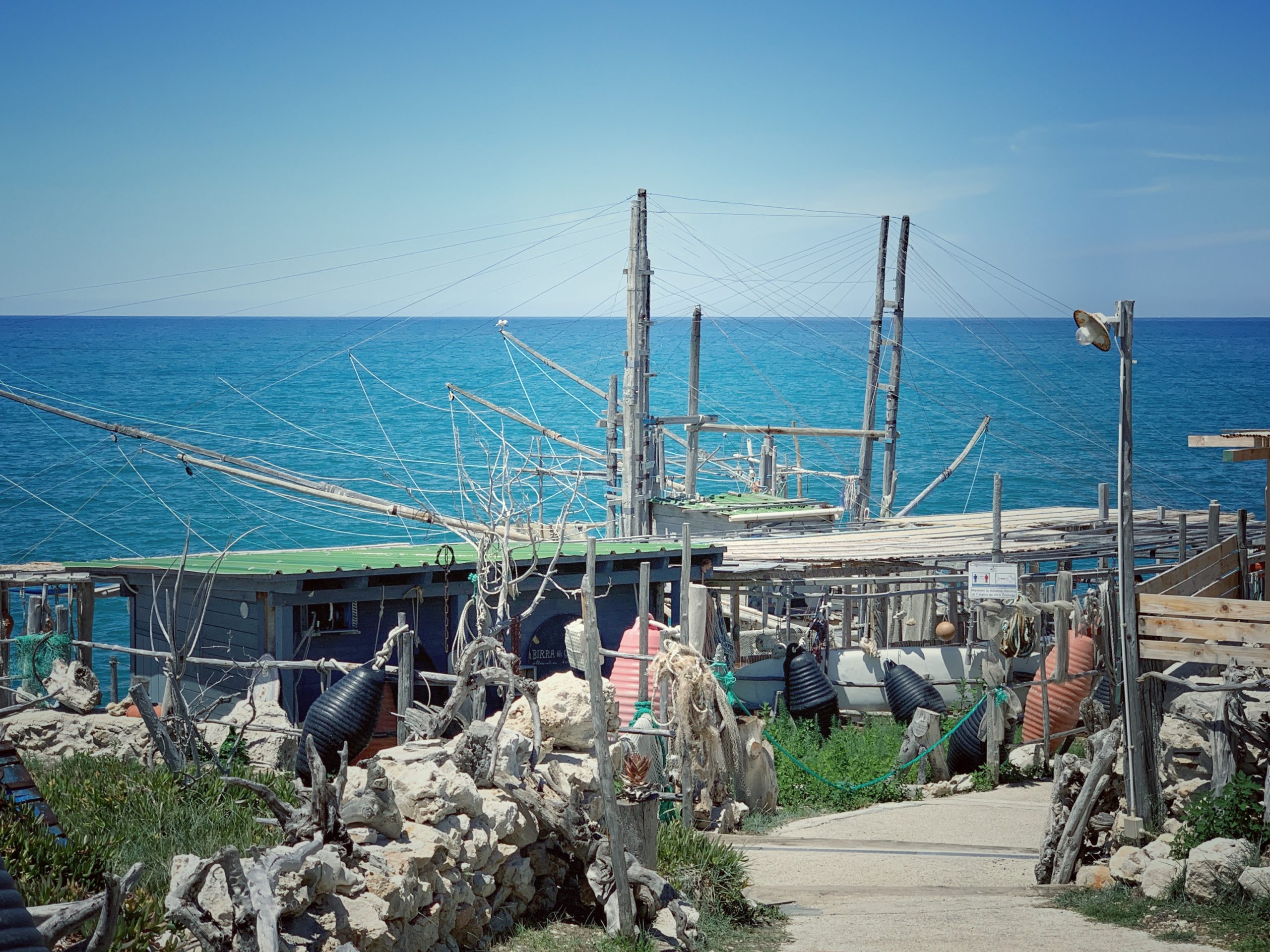 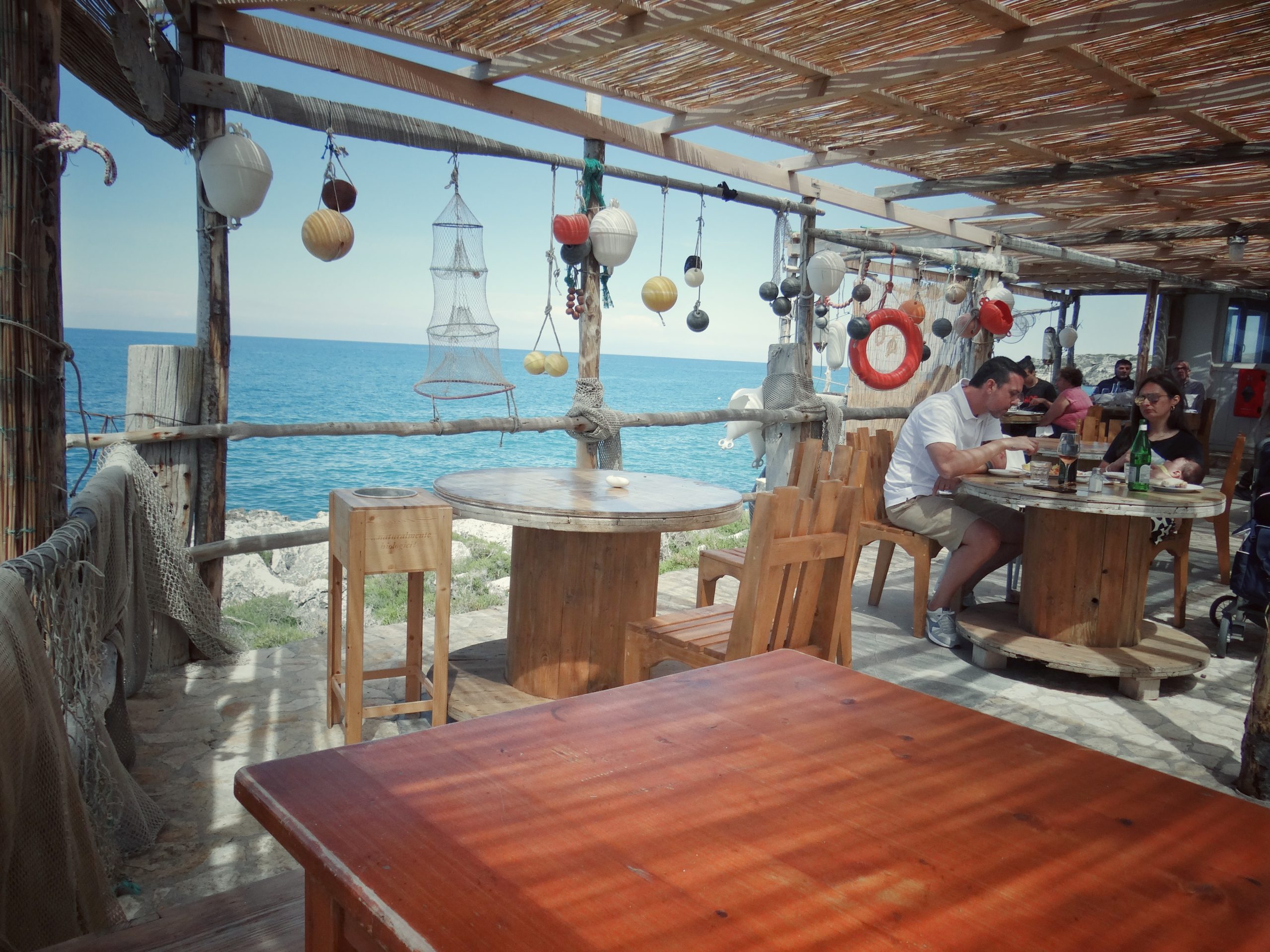 After lunch be sure on the way back to Bari be sure to stop off at Azienda Agricola da Rocco.

It’s a stall on the side of the road just 5 or so minutes from the trabucco, en route towards Vieste.

Rocco has amazing cheese, garlic and chilli peppers. Not to say jams, preserves, delicious stuffed chillis and amazing chilli paste. We filled up, and also sampled his caciocavallo, wine, olives ...

Tell him we sent you. 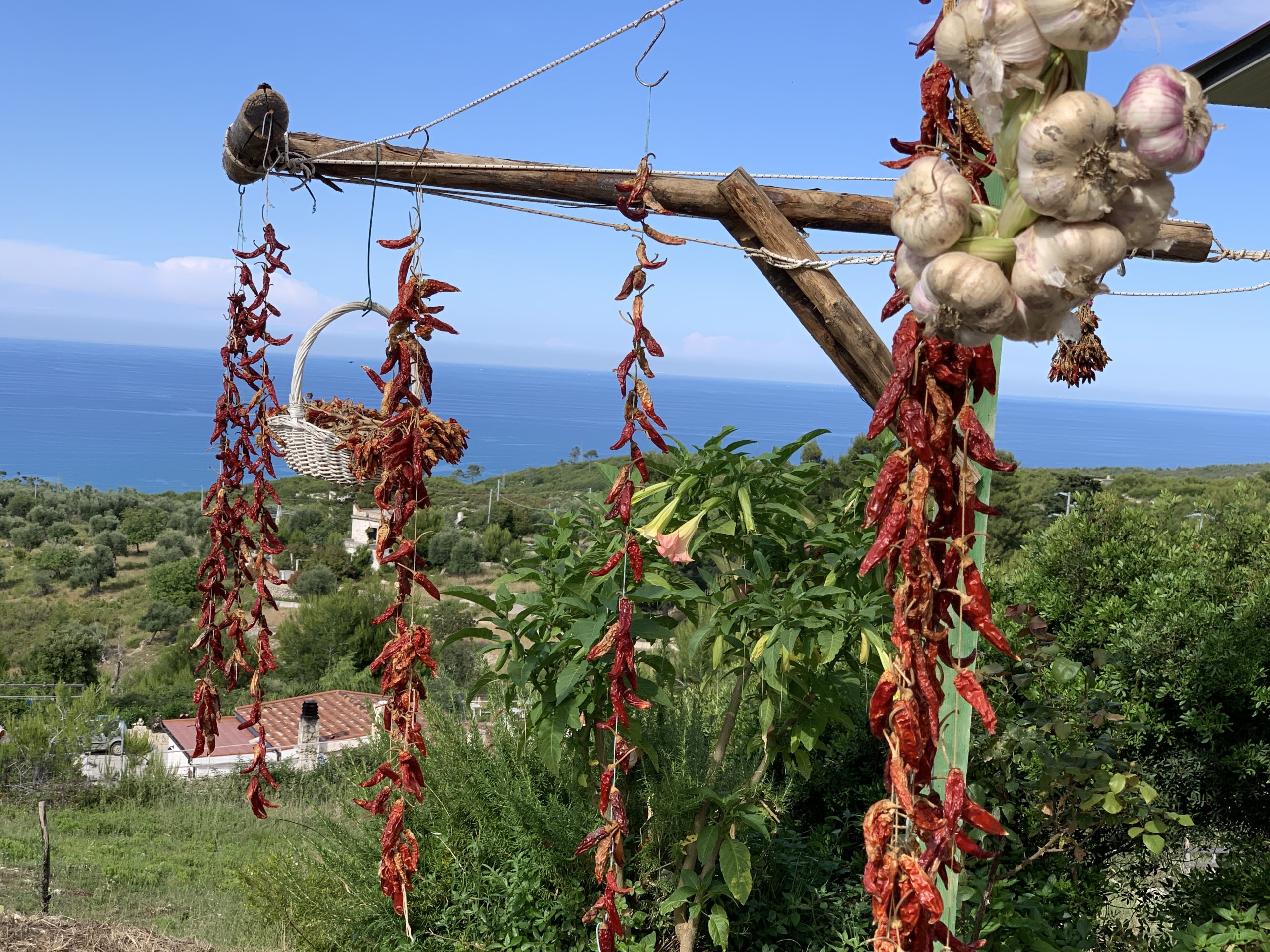 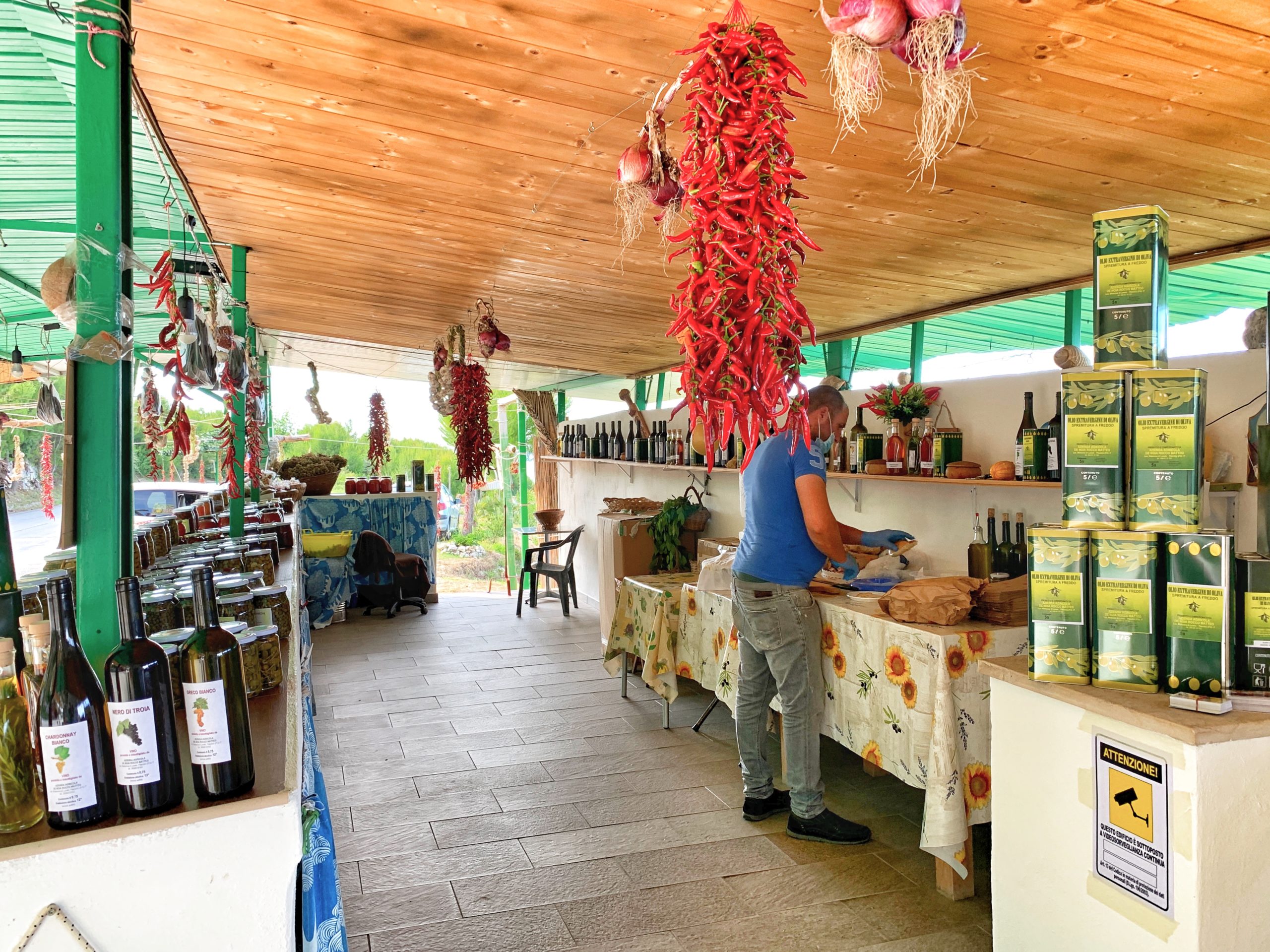 The faraglione of Pizzomunno, stands 25 metres high. Proud and powerful, in the dark of the night the rays of the moon reflect on this giant, almost as if it were inhabited by a luminescent, trapped soul. Impetuous and at the same time powerless and static. Desperate.

There are those who say that sometimes it disappears inexplicably. Even those who know the Vieste coast like the back of their hand swear that, sailing at night, it is no longer to be seen. As if it has gone elsewhere.

Once upon a time when Vieste was a fishing village of huts at the edge of the sea, there lived a fisherman who stood out from the others because of his strength, beauty and charisma - the young Pizzomunno.

Although all the village girls set their eyes on him, Pizzomunno’s attentions were elsewhere. He shared two loves. The azure sea that he sailed his small fishing boat in every day and Cristalda, the most beautiful girl in the village, with hair as golden as the sun, with eyes as blue as the sea and with skin the colour of fresh roses.

Cristalda in return was devoted to Pizzomunno. Theirs was a pure and eternal love, arousing envy among the other girls of the village ... and beyond.

During his fishing trips Pizzomunno faced many dangers in addition to the strong currents and the battering waves that pulled and rocked his small boat. Every day, enamoured by his beauty, a group of sirens would tempt Pizzomunno with their sweet songs, promising him eternal life as the king of their magical underwater realm.

But the love that bound the young and handsome Pizzomunno to the beautiful Cristalda was so strong that the call of the lustful sirens had no effect. He would return home safe and sound after every fishing trip.

His passion for Cristalda was so powerful that the efforts of the sirens were always in vain. Pizzomunno was deaf to their voices, blind and indifferent to the beauty of their naked, salty bodies writhing in the waves and to their efforts to seduce and provoke him, taking him from his beloved Cristalda for ever.

Sitting on the beach one evening as the young lovers shared a warm and loving embrace, the distant song of the sirens could be heard over the gentle lapping of the sea on the shore. Pizzomunno shrugged off their attention assuring Cristalda that his love for her was all that mattered.

In the naivety of their youth they laughed together with the joy and happiness their love brought. But to the sirens the laughter of Pizzomunno and Cristalda only mocked them.

Rejected and jealous the sirens decided that Pizzomunno had to be punished. Together they planned a terrible revenge, to put and end to the love between these star-crossed lovers.

And so it came to pass. On a night that seemed like any other, the two lovers were sitting by the sea shore, under the moon and gazing up at the stars sparkling in the calm black of the still night. Suddenly, without warning, the sirens came to exact their revenge in silence and in darkness. Taken off guard they were able to snatch Cristalda, stealing her from Pizzomunno’s arms, first chaining her and then dragging her with them down into the depths of the sea.

In vain Pizzomunno dived into the sea in fast pursuit. He continued until he was beyond exhaustion. But to no avail.

In that instant Pizzomunno’s desperation and grief at losing Cristalda hit like the strongest of waves that had ever battered his boat. He was crushed. His heart, full of despair instead of love, turned to stone. As did his body and soul. Locked, inanimate... transformed forever sitting keeping watch from the beach of Vieste, looking out to sea eternally for his beloved Cristalda.

From the depths of the sea and in chains Cristalda wept, her own tears turning into a pink coral.

The sudden transformation of Pizzomunno and the distraught tears of Cristalda suddenly struck the sirens. Remorse and guilt make uncomfortable companions.

Although they had succeeded in separating the lovers, the sirens couldn’t help but be moved by strength of such manifest and transformative love. Such strong a love touched everything that bore witness to the events of that night night, from the sea to the sand and the soft sea breeze. All continued to whisper the names of Pizzomunno and Cristalda, until the sirens could no longer bear the burden of their guilt.

Thus the sirens resolved that Pizzomunno and Cristalda should be reunited again. But only for one night and only every hundred years. 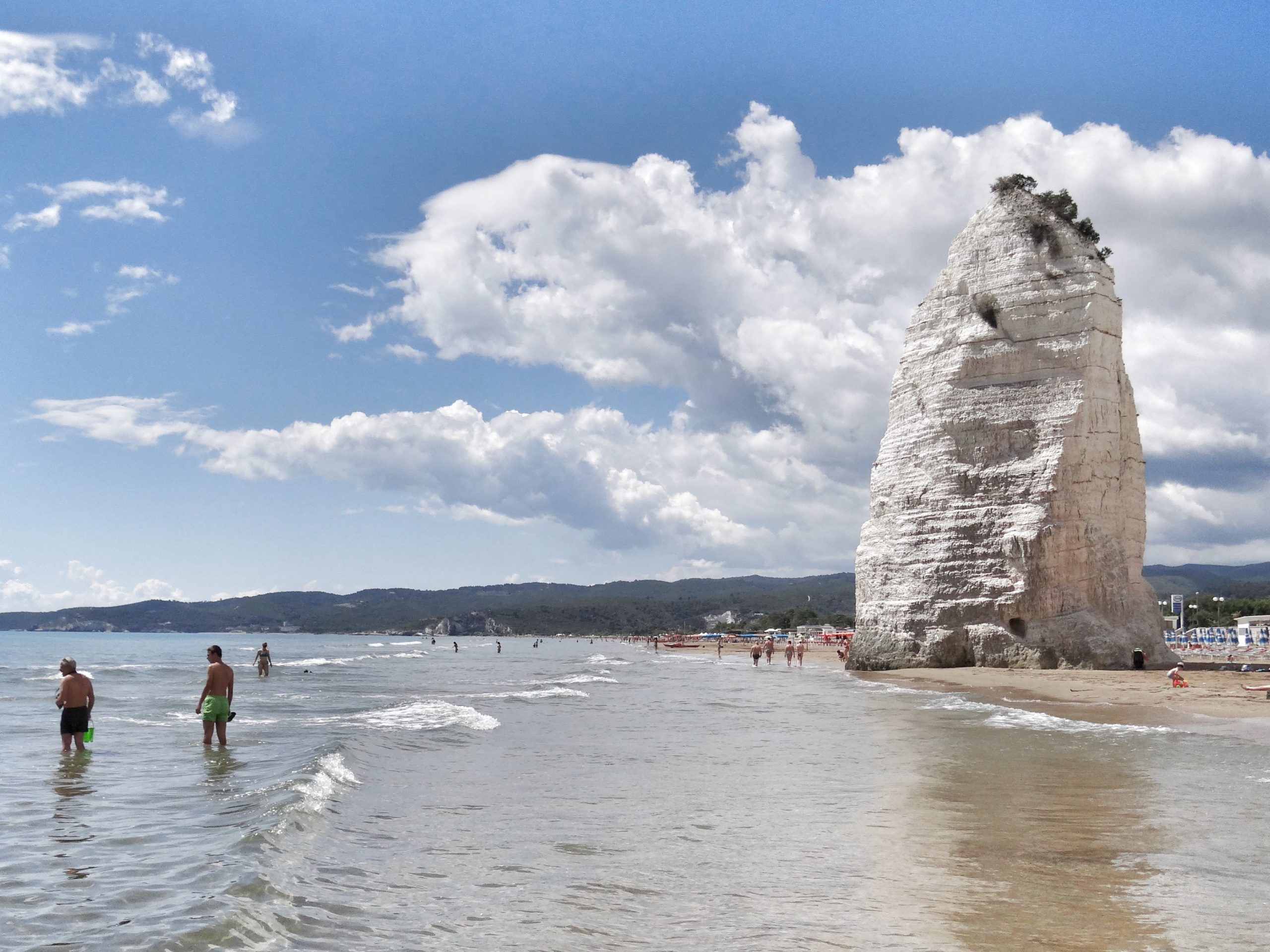 The legend of Cristalda and Pizzomunno 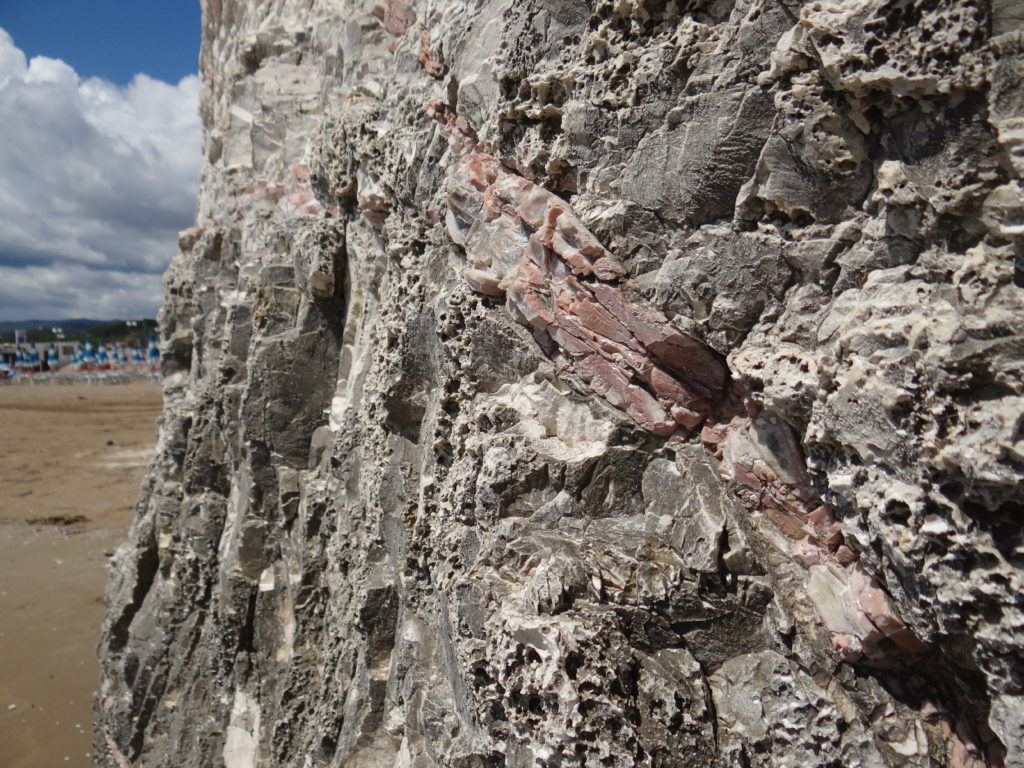 Follow the crowds to the Valle d’Itria. But be sure to enjoy the more exclusive and less visited parts of our region - the Salento and the Gargano.