Matera: No time to visit? 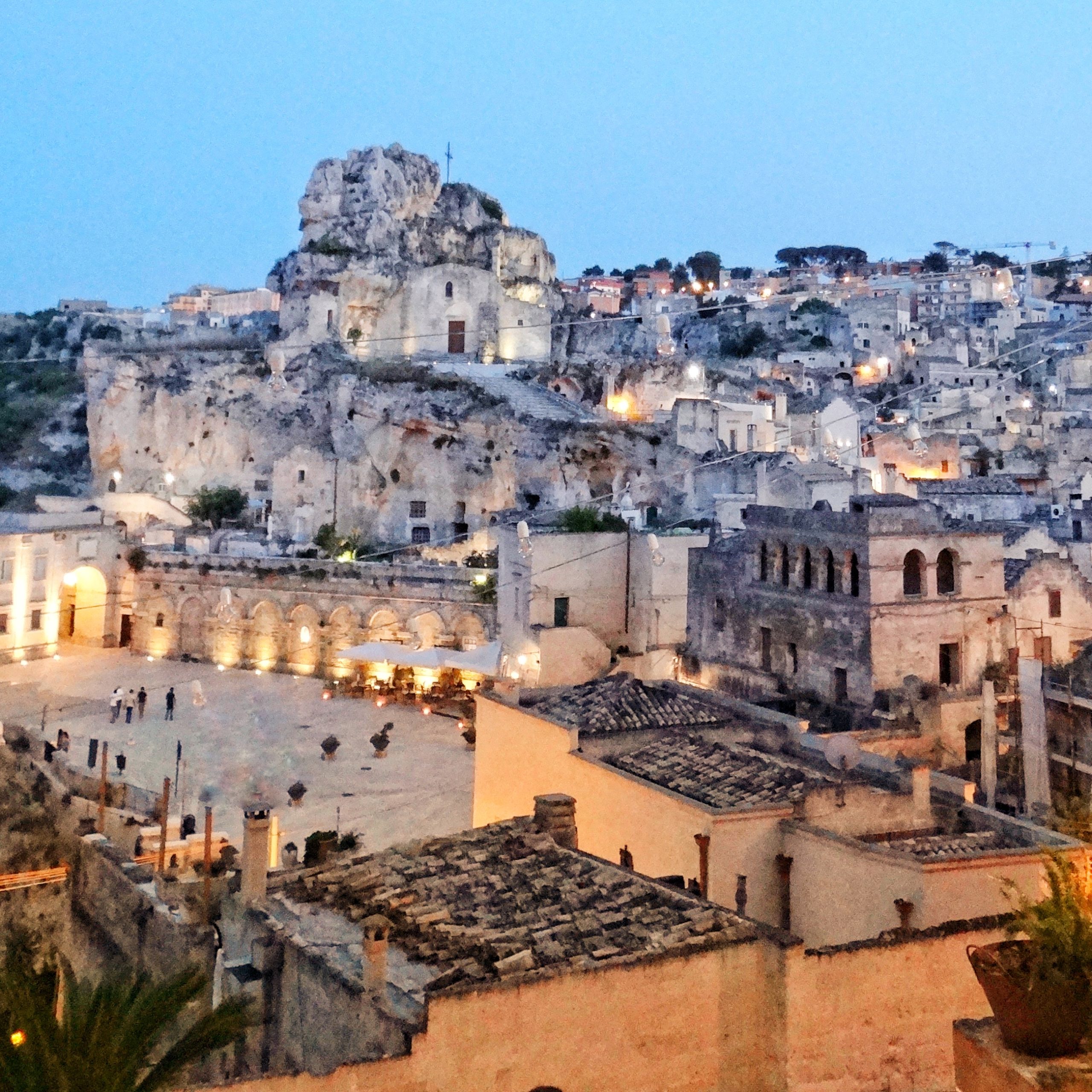 We speak to Antonio Nicoletti the Direttore Generale of Basilicata's tourist board, the Agenzia di Promozione Territoriale Basilicata. Antonio explains why there's no rest for Matera. After a full and splendid year as European Capital of Culture in 2019 Matera is preparing for another surge in tourism in 2020 after the release of "No Time to Die" the 25th James Bond movie this April. Antonio tells us why Basilicata has so much more to offer than the sass of the Sassi. So sit back and listen as Antonio guides us through four seasons in Basilicata - "le quattro stagioni in Basilicata". To find out more about beautiful Basilicatta visit their website.

Being one of Europe’s two Capitals of Culture in 2019 really worked for Matera. We noticed a big difference in how the city held itself out. Not only did it feel so much more sophisticated in summer 2019 than it had in the months before taking on that honour, it also felt more confident; with a real belief in itself.

We went to support Matera’s first LGBTI* Pride in 2019. It felt as if the whole city had come out to wave their rainbow flags and cheer the parade on. A concrete example of the confidence and pride that the residents of Matera have developed in their city, its people and their communities.

In 2020 that confidence is only going to build as Matera enjoys even more exposure as a featured backdrop in the 25th official James Bond film, No Time To Die.

Sass and the sassi

Matera’s sassi neighbourhoods are unique. Visually impressive for sure. We marvel at the architectural and engineering challenges of their construction, both historic and current.

All the more remarkable because it comes at you from nowhere. There is no sneak preview of the sassi districts driving into Matera until you are actually in the heart of Matera, or marvelling at the spectacular views across the city from the Capella di San Giovanni da Matera on the other side of the valley.

The journey from Bari to Matera is an easy one. It takes just under an hour from central Bari along the SS96, good dual carriageway all the way until you are almost in Matera. If you are coming from the south of Bari you will take exit 7B on the SS16 Bari circular to Modugno and after 5km take the SS96 ramp on the right lane for Altamura/Matera.

Coming at Matera from further south there are more scenic (but longer) cross country routes, via Gioia del Colle for example. If you get stuck behind a truck or slow traffic, overtaking might not be easy. Be prepared for frustration, and unforgiving Italian drivers behind you!!!

From Lecce via Brindisi and Taranto the journey will take just around two and a quarter hours. An hour less from Taranto. The majority of that journey is dual carriageway except for the stretches between Taranto and the toll road to Matera, and when you come off the toll road until Matera. Expect the same overtaking frustrations!

Fitting Matera in from any part of your trip that finds you staying in or around Bari therefore makes sense.

If you can stay a night in Matera, all well and good, but don’t be disappointed if that isn’t practical. You will still have plenty of time in a day to explore the cave dwellings and see the beauty of their setting.

But if you are able to spend a night there, the atmosphere along the Via Domenico Ridola on a summer evening is worth soaking up, as also the views over the sassi districts when they are illuminated and glowing over the valley below.

Although we are trying hard not to offer prescriptive advice on where to eat - in the last decade the Instagram generation became far too obsessed with finding the perfect meal in the perfect restaurant for the perfect holiday we will offer one suggestion for eating out in Matera.

Skip desert at dinner and treat yourselves to an after dinner geIato from I Vizi degli Angeli Laboratorio di Gelateria Artigianale, Via Domenico Ridola, 36).

Matera has a world patrimony bread. Impressive in loaf size and duration (it lasts for quite a few days due to its archaeological recipe and baking traditions). You should also seek out some cruschi (pronouned croosky). Thin-skinned dried red peppers that are another quintessential taste of Basilicata and hard to find anywhere else.

Just make sure you like steep and windy steps, up and down and all around! You will be climbing them all day long!