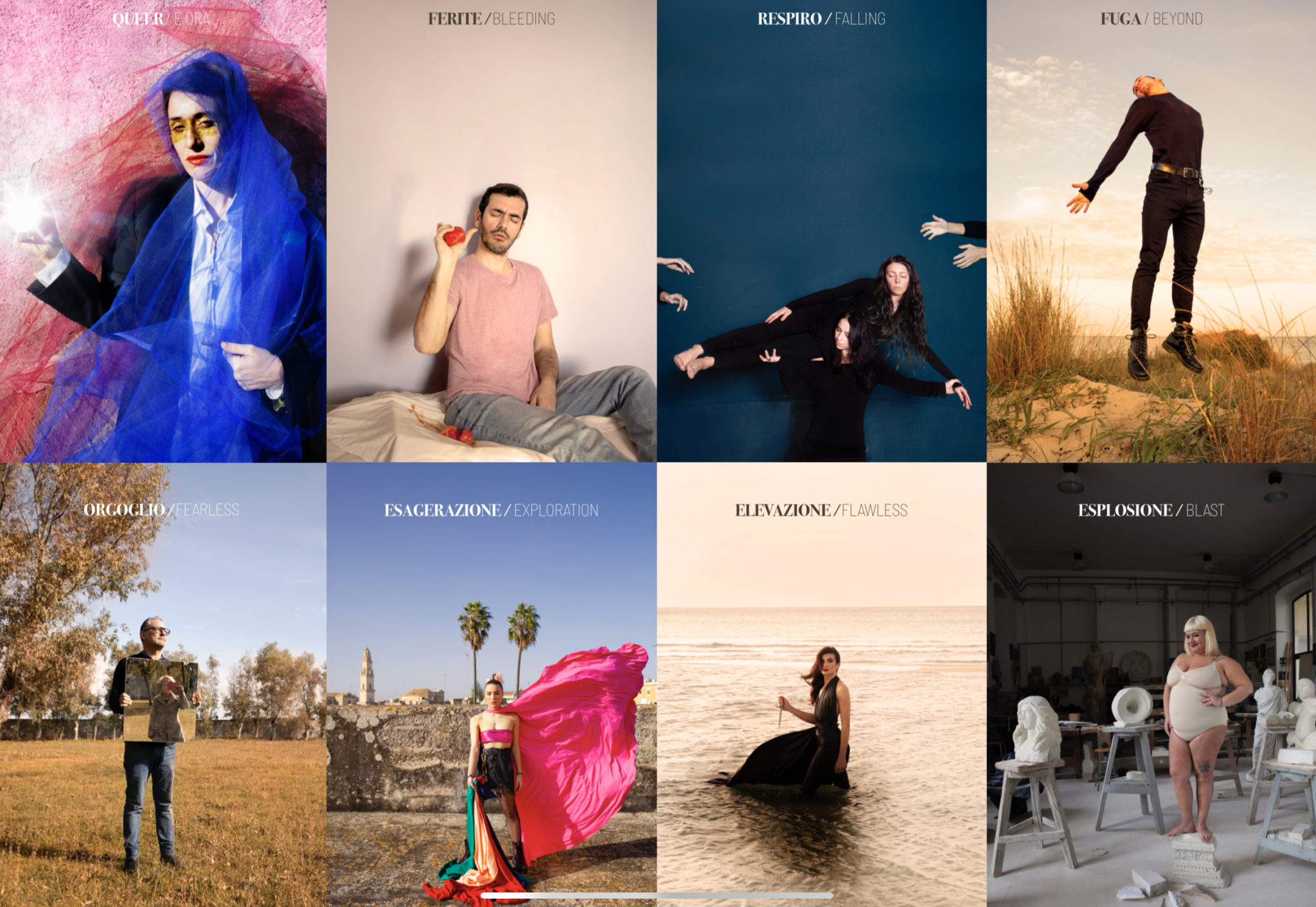 The Big Gay Podcast from Puglia are delighted to be an official sponsor of and one of the media partners for this year’s festival.

Listen to our podcast with guest Gianluca Rollo, one of the festival’s two artistic directors.

Visit the website of the Salento Rainbow FIlm Festival>>

The Salento Rainbow Film Festival is a celebration of lgbtqi* culture. Using the tag Queer è Ora / Queer is Now the 2020 festival seeks to identify the lgbtqi* community not by the labels usually applied, rather identifying us as real people, people who experience passion, love, tension, fear, expectation, wonder and courage.

The 6th annual Salento Rainbow Film Festival launched in January with a screening in Foggia, before hitting the rainbow road to Lecce via Brindisi in February and a Valentine’s Day launch event in Lecce, where the main event explodes its glitter of rainbow colours from March 12-14 at Manifatture Knos.

Highlights include the Salento debut performance of It’s Queer! the Milanese cabaret collective curated by DJ and producer Protopapa and screenings of the 1990 American feature Paris is Burning, the French 2018 short Chechnya and UK director Jamie Dispirito’s 2019 Thrive, telling the story of a hook-up between two young men - Joe is looking for fun using a dating app; a deep insecurity leads him to keep a certain distance but a stranger will help him overcome his anguish.

The second night’s programming includes the 2018 Italian documentary feature Kemp, My Best Dance is Yet to Come by director and actor Edoardo Gabbriellini.

The last year of British eccentric and experimental provocateur Lindsay Kemp's life in Livorno cutting between memories and attempts to stage his latest show dedicated to Nosferatu.

A feature and a short will be screened in collaboration with BiG - Bari International Gender Film Festival: Greta (by Armando Praça, Brazil 2019), the story of 70-year old gay nurse Pedro who goes to criminal lengths to find his ailing transgender friend a hospital bed and The Beauty of ReveRso a documentary about the Berlin-based performance artist written, produced and directed by Brent Adam (Germany, 2018).

The evening is rounded off with a party held in collaboration with Manifatture Knos, Check Records Mexico, It's not Ibiza, and Fruits and Vegetables, featuring a dj set by Heartdeath and a special performance preview presentation of Nina by Protopapa.

The closing night of the festival includes screenings of Making of Love - Estratto by Lucio Basadonne and Anna Pollioin (Italy, 2019) and comedy drama Cubby (USA, 2019) - a 26 year-old from the Midwest moves to New York City to find hope and self-discipline through his friendship with a precocious six year old and the adult superhero Leather-Man, who is conjured from a psychedelic cupcake (dir. Mark Blaine and Ben Mankoff).

More than just a film festival...

To compliment the film festival various themed workshops will take place around the film screenings.

Friday 13 March 15.00 - 18.00
BABY, LET’S BURLESQUE!: a burlesque workshop by Ella Bottom Rouge
An exploratory journey of one's identity and sensuality through the performance techniques of burlesque.

Sat 14 March h 15.00 - 18.00
C’MON, VOGUE! #2: a vogueing workshop by the gorgeous KenJii Gucci who returns to the festival again this year to lead a laboratory that investigates the roots of vogueing through gestures and movements.

Sat 14 March h 18.00 - 21.00
BE A DRAG, BE A QUEEN: a drag makeup workshop by Daphne Bohémien who will be sharing precious techniques and advice to be a real queen with charm, exaggeration, fabulousness.

Where can I find out more (but in Italian)?

Find out about more from the festival’s other media partners: