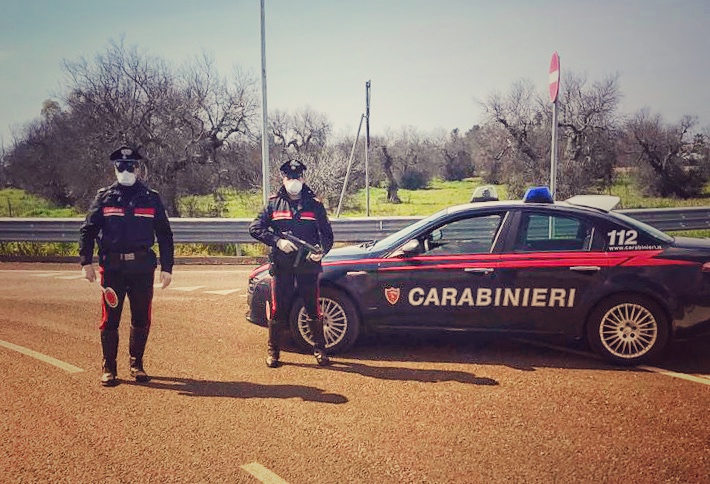 As the Covid-19 coronavirus continues to surge in Italy with over 2,000 new cases and 200 deaths confirmed in the last 24 hours, police in Salento have placed checkpoints and have been carrying out random checks along roads in provincial and urban areas to enforce the “severe restrictions on the free movement of citizens”, according to the Nuovo Quotidiano di Puglia Online.

Following the decree issued by the Italian government that came into force on Monday, a follow-up local meeting was held in Lecce whereby a plan was drawn up to enforce the “stay at home” provisions in Salento.

In the province of Lecce officers will organise checkpoints and spot checks along the coastlines and the busiest roads and will also carry out random checks at the entrance of the municipalities to identify who has not complied with the “stay at home” quarantine.

If stopped when travelling you must provide police personnel - who it has been confirmed have been patrolling the streets of the Brindisi and Taranto provinces since this morning - with a self-certification stating the reasons why you have left home.

The self-certification can be downloaded here:

There are four given reasons why traveling is allowed: situations of proven necessity, work and health reasons and returning to your home or residence.

The declarations given in self-certifications will be verified at a later date and if they are found to be false, a criminal complaint can be made.

Finally, all the police forces will also be involved in the control of commercial establishments, both to verify compliance with closing times - imposed at 6pm for bars and restaurants - and to ensure compliance with the rules for containing the infection and, in particular, the safety distances between customers and customers of public businesses and stores when shopping for basic necessities.