The whole is greater … 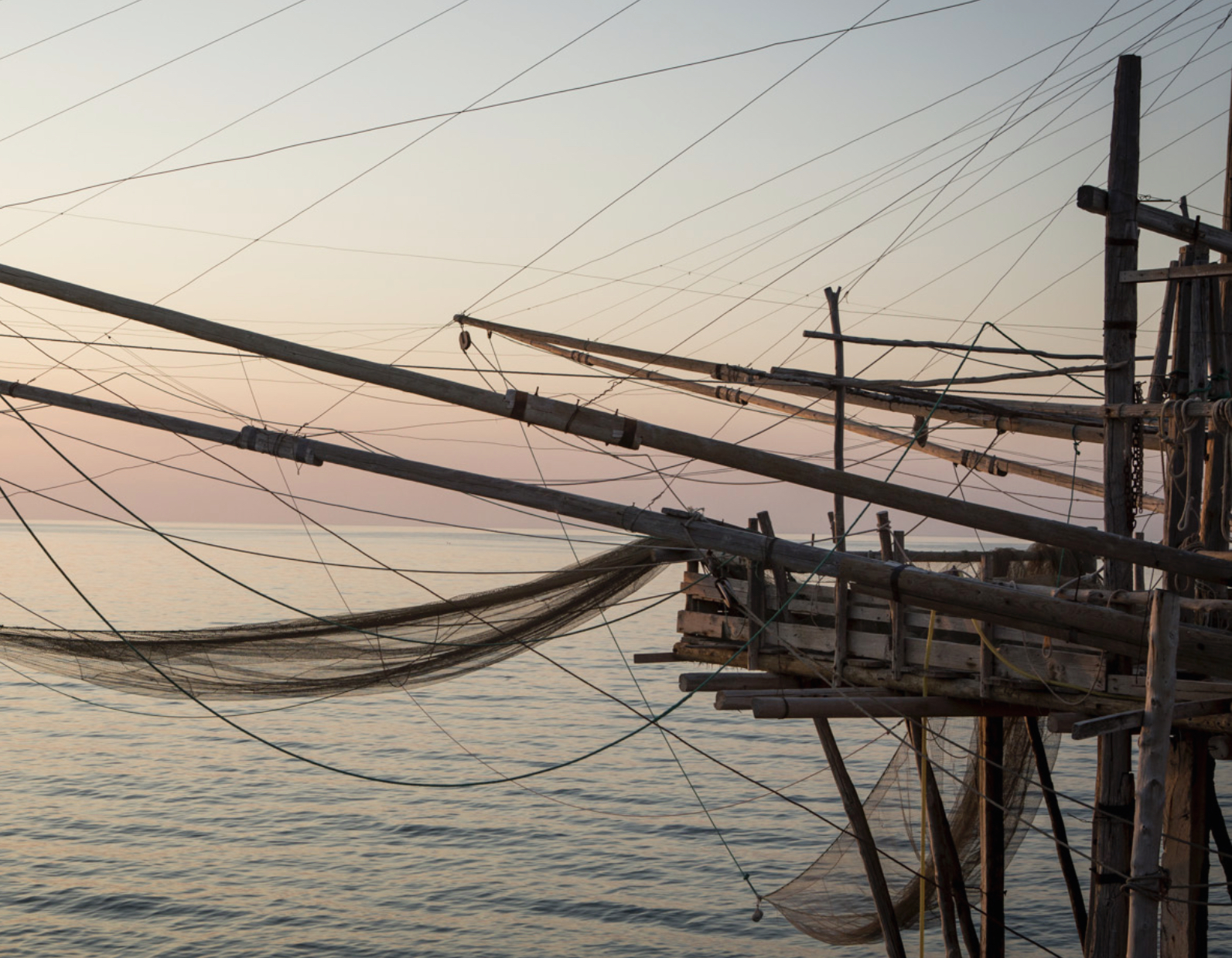 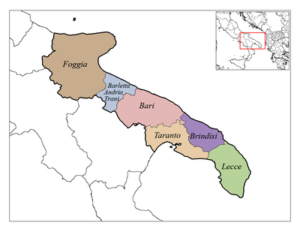 Geographically these correspond to Gargano and Daunia, Imperial Puglia, Bari, the Itria Valley, Magna Grecìa, Murgia and Gravine, and Salento as shown on the map of Puglia that greets you on arrival at Bari and Brindisi airports.

We cover Bari, the Valle d’Itria and Salento elsewhere on our blog. In this article we focus on the Gargano and Imperial Puglia.

The Gargano is dripping with nature. Inland are the pristine woods and forests of the Gargano national park a swathe of protected land and sea. Along its coast of rocky beaches and translucent turquoise waters, between Peschici and Vieste, are the trabucchi. 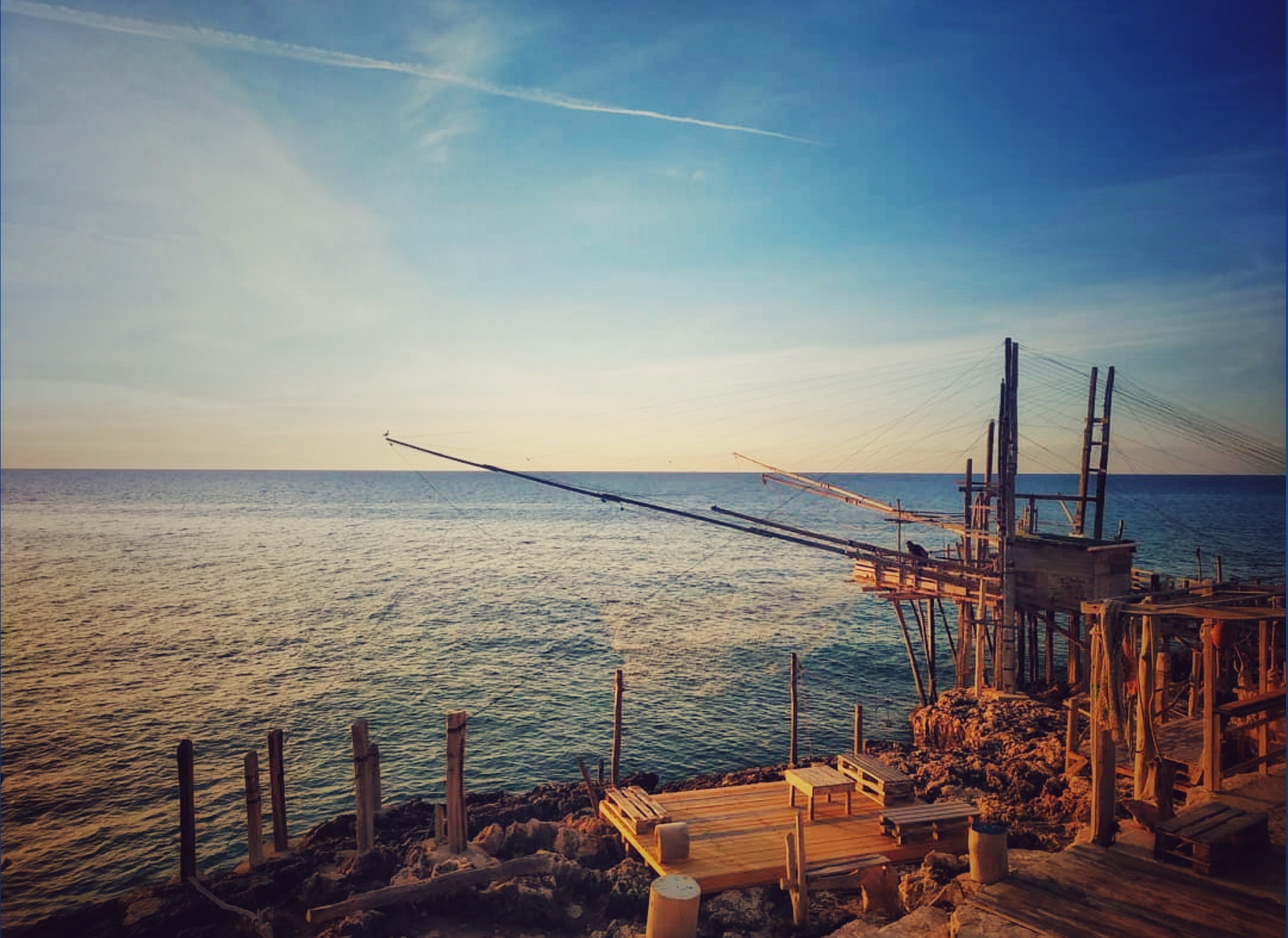 Gargano is home to the five Tremiti Islands (San Domino, San Nicola, Capraia, Cretaccio and Pianosa). Only San Domino and San Nicola are inhabited, and only their residents are allowed cars.

San Domino’s beauty belies a difficult past that echoes its sense of isolation. It was a penal colony where gay men were detained. Mussolini deported hundreds of homosexuals there - although by his own admission none existed: "In Italy there are only real men.”

Despite the beauty all around conditions on the island were very difficult. Many died. Nevertheless San Domino had the distinction of being the only internment camp in which all the prisoners were gay. Mussolini's regime had unwittingly created a gay island community in Italy.

There is another UNESCO World Heritage Site, at Monte Sant’Angelo.

Be sure to try some cavatelli ai frutti di mare. Cavatelli is the pasta of choice in this part of Puglia. 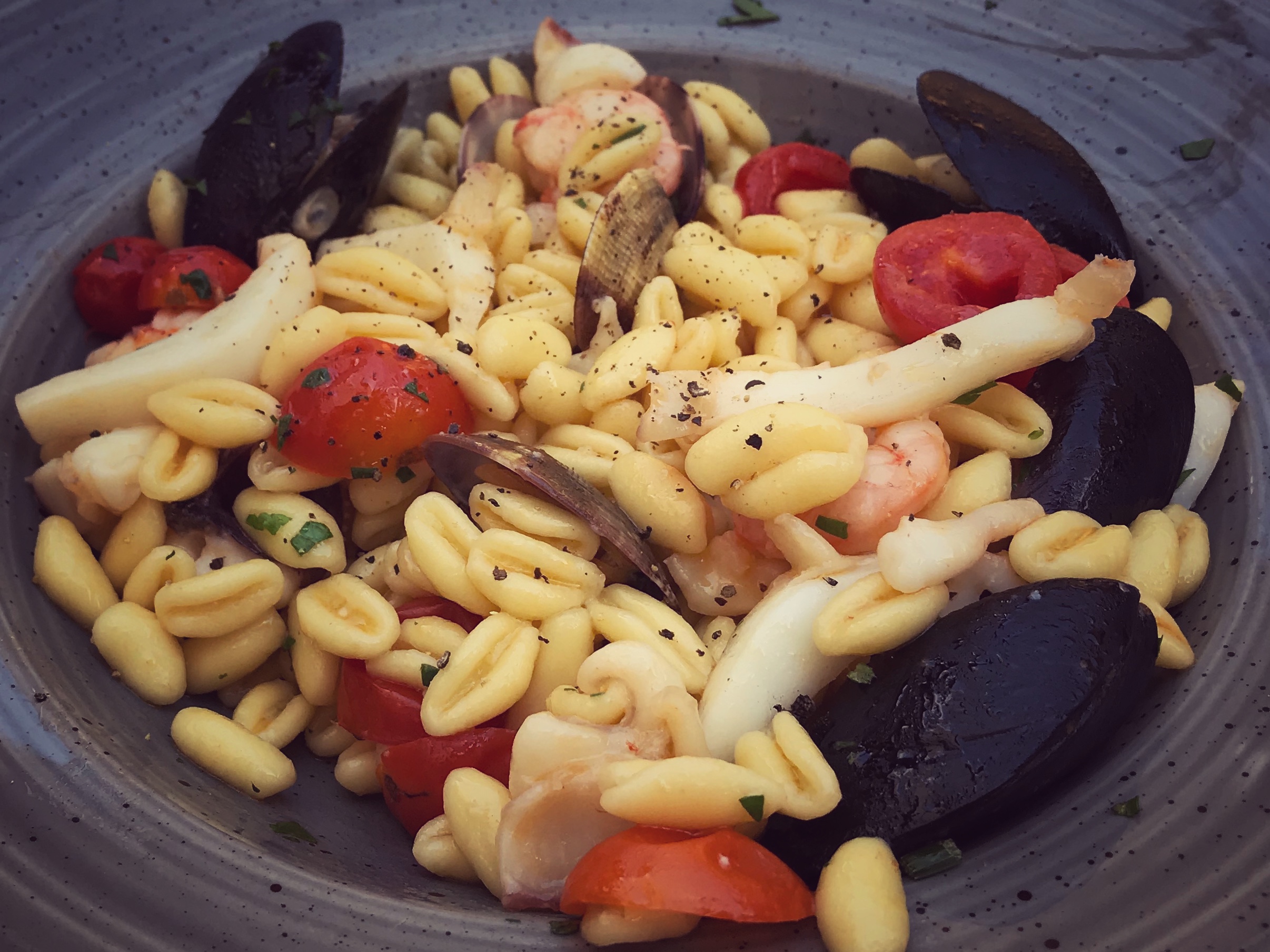 The octagonal Castel del Monte with its eight octagonal towers dominates the countryside around Andria. Another of Puglia’s UNESCO world heritage sites. From there it’s a 30 minute / 30 km drive to Trani  with its picture perfect seafront.

The cattedrale di Trani stands impressively, as if rising up out of the sea like Botticelli’s Venus. A beautiful little town that is certainly worth visiting for lunch or dinner and a stroll along the seafront.

From there it’s just under 30 minutes / 30 km to the thermal baths and ancient salt works at Margherita di Savoia a haven for many species of migratory birds, including the pink flamingo.