Sanremo, Serving Up Music And Controversy Since 1951 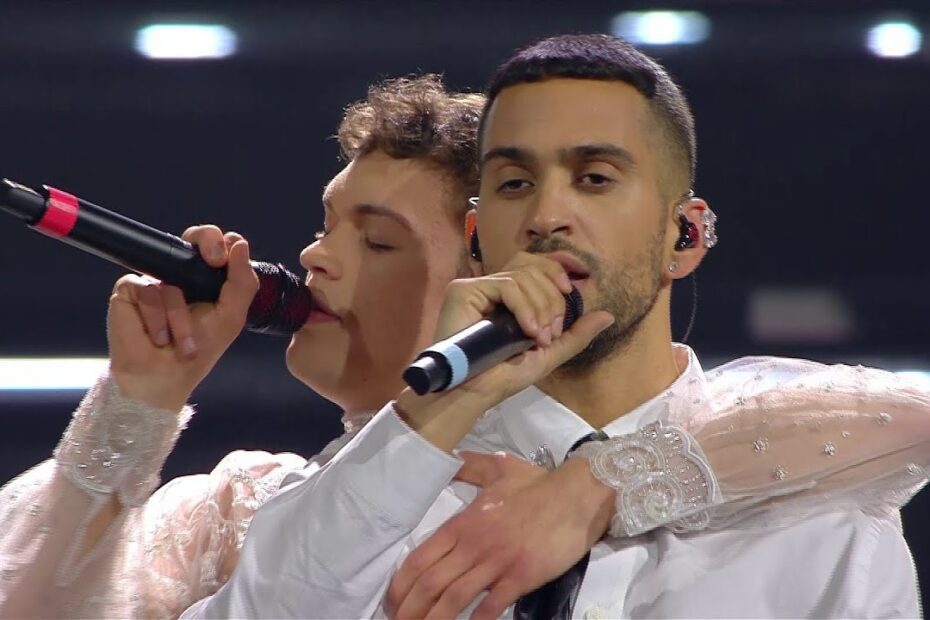 From 7 to 11 February, Italy will be “closed” for Sanremo. A national obsession, it dominates the conversation and social media in the weeks leading up to Italy’s national song contest. And during the five night run, it is the only thing worth talking about.

The Sanremo Music Festival, also known simply as Sanremo, is an annual Italian song contest. It has been held in the city of Sanremo, on the Liguria coast of Italy, since 1951. The festival is one of the most popular music events in Italy known for its combination of established artists and new talents.

It is held annually in the Teatro Ariston, a theater located in the center of Sanremo. The festival is broadcast live on Rai 1, the main Italian public television channel, and is also aired on radio and online.

Sanremo, so much more than a 5-night festival

The songs that are performed must be original and must not have been previously released.

For each of the 5 nights of the final round Rai broadcasts a pre-show. This is followed by the main event. A live show spun out over some 4-5 hours, followed by a post-show.

The festival is also known for its political and cultural significance. Historically, the songs and performances in the festival were used as a means of promoting national unity and cultural identity in Italy. Today, it continues to be a platform for discussing and promoting important social and political issues.

Winners of the festival are awarded the prestigious “Ariston Award” and typically go on to become major stars in Italy and internationally, with past winners including Eros Ramazzotti, Laura Pausini, Toto Cutugno, Adriano Celentano, Giorgia, Alessandra Amoroso, Marco Mengoni, Mahmood and Måneskin.

Sanremo Festival has a large and dedicated fan base, which includes members of the LGBTQ+ community. The festival has a long history of showcasing a diverse range of artists and performances, and has been known to feature and celebrate LGBTQ+ artists and their contributions to Italian music.

Additionally, the festival is also known for its inclusive and accepting atmosphere, which may make members of the LGBTQ+ community feel welcome and included.

In 2010, the performance of the song “Finché la barca va” by the group La Crus caused controversy due to the appearance of two men kissing on stage. Some members of the audience and the press criticized the performance as being in poor taste and promoting homosexuality.

Ten years later, the festival faced criticism for its lack of representation of gender fluid and non-binary artists, as well as for the use of derogatory language and jokes about transgender people by some of the hosts.

In recent years the festival has also been used as a platform to raise awareness and promote acceptance of LGBTQ+ rights and issues and diversity and inclusion in Italy. Though despite best intentions there continue to be missteps and a general lack of understanding by the broadcaster as to what diversity, inclusion and equality is.

In the 2018 guest presenter Michelle Hunziker led a #MeToo tribute. The same night’s closing credits ended with a gratuitous close-up shot of contestant Noemi’s breasts, to illustrate that Rai really got it.

Over recent years queer, gender-fluid and non-binary contestants and guests have felt able to perform as their authentic selves. Same sex kisses on stage are now to be expected. Whether to make a statement, or simply for publicity, we can be sure that it will cause the breakdown of Italian society and family values according to the church, far-right politicians and other dinosaurs. These days it’s the reaction that makes the news – for all of the five minutes, before we get real, move on and forget to care.

But over the years controversies have not just been limited to diversity issues.

Sanremo says it with flowers: a legacy to leave behind?

The city of Sanremo is also the city of flowers. Traditionally female contestants were presented with bouquets of flowers prepared by the Sanremo Flower Market after each performance. Men were not. Notwithstanding the themes of inclusion and equality, this continued without controversy until 2021.

Criticism of the fact that flowers were given only to women bubbled on social media in 2021 over the evenings of the competition.

Midway during the run of the contest singer Francesca Michielin, duetting with Italian pop idol rapper Fedez, declared that “Fede and I do one evening each, tonight the flowers go to him”, starting a chain reaction.

On social media the controversy continued. Was this political correctness gone too far, or simply an act of modernity, an overcoming of traditions that in the 2020s are seen as cringe-worthy?

Sanremo, won’t say it with flowers

Matters were made worse. The “blatant sexism” of current presenter and artistic director Amadeus was highlighted. Even after announcing that ‘everyone will get flowers’ on the final night, he instead decided that women and the men that performed next to them would get flowers, but not the men performing solo. Seen by some as Sanremo’s dedication to upholding sexism masked as courtesy, and evidence that, deep down, not much has changed.

And if society has changed, Sanremo still found it difficult to evolve in 2022. Måneskin, as guests of honour, were given flowers, but once again only female artists were given the floral tribute.

Twenty-eight artists will compete in Italy’s Sanremo Music Festival 2023. Twenty-two will be the so-called “Big-Artists”, household names in a country “that takes its music very seriously”. Six more artists will make it to the show through Sanremo Giovani – previously the Newcomer’s section.

For a list of the twenty-two established Sanremo 2023 artists we recommend wiwibloggs.

With a far right led coalition government expect contestants to provoke and criticise.

We only know the artists and the name of the songs. They must be new and previously unperformed. The first time we will hear them in full is on the night of the competition. But once revealed they will be all over the radio and TV for the weeks and months to come.

The Black Eyes Peas will be guests on 8 February.

Home » lgbtq+ » Sanremo, Serving Up Music And Controversy Since 1951