Legends of Puglia | Cristalda and Pizzomunno 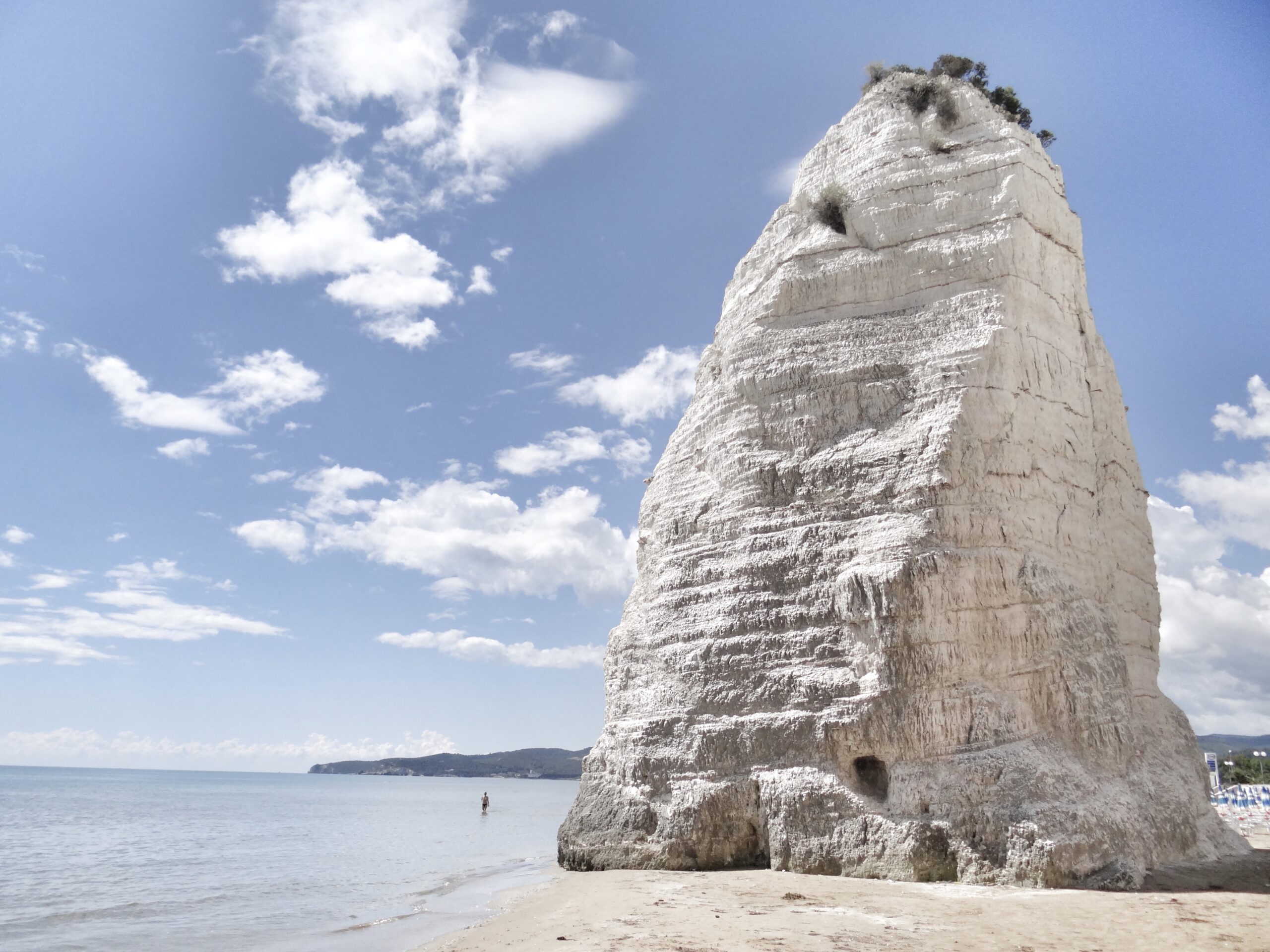 Beauty and the Beast. Sleeping Beauty. Beauty and legend often coincide, the former inspiring the latter. Puglia is steeped in both.

We are in Vieste, where beauty and nature come together. Here the soft white sand is kissed by crystal clear waters. Here the blue of the sea melts into the horizon and beyond, into big blue sky. The prefect setting for a heart breaking love story. 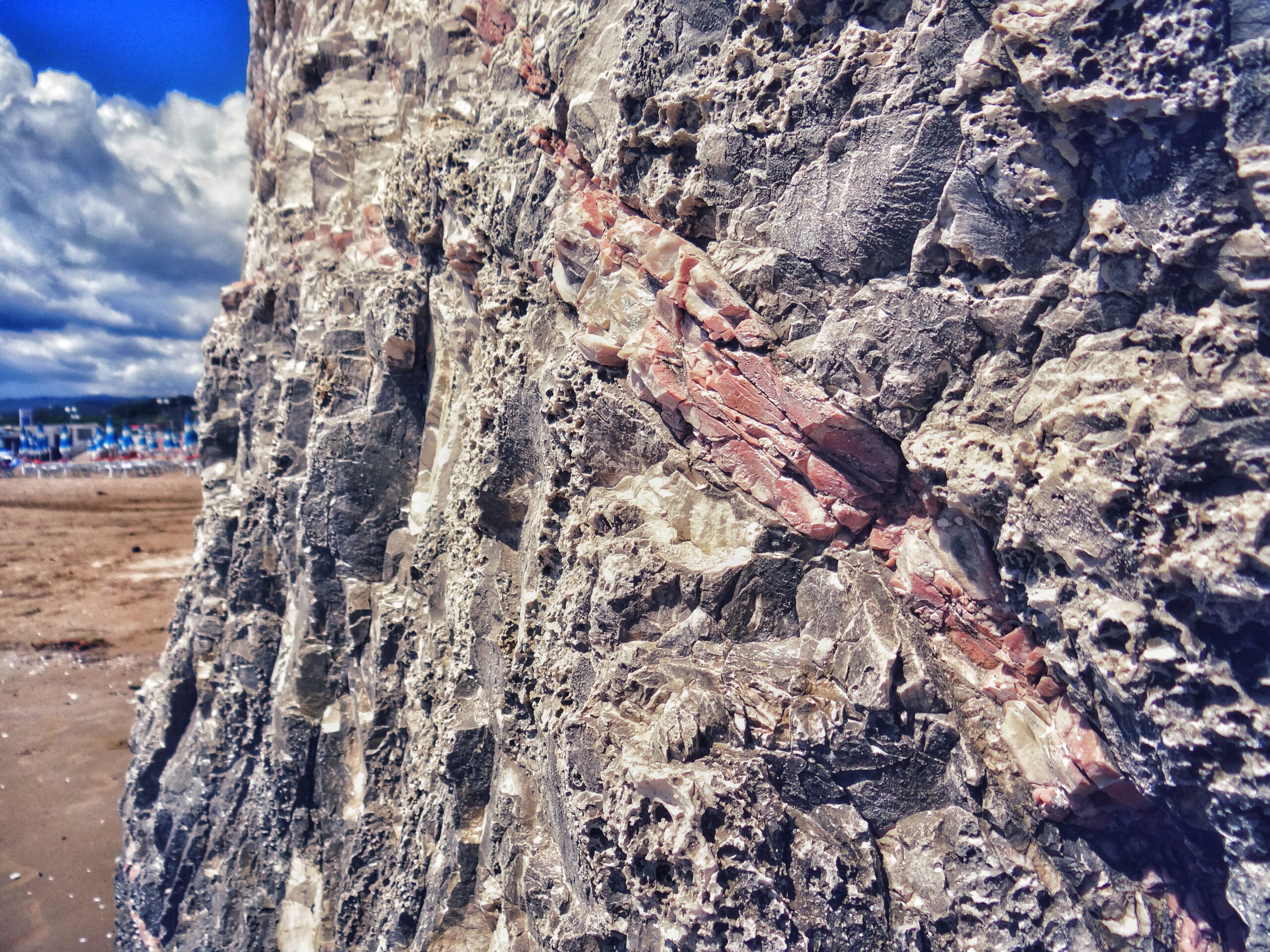 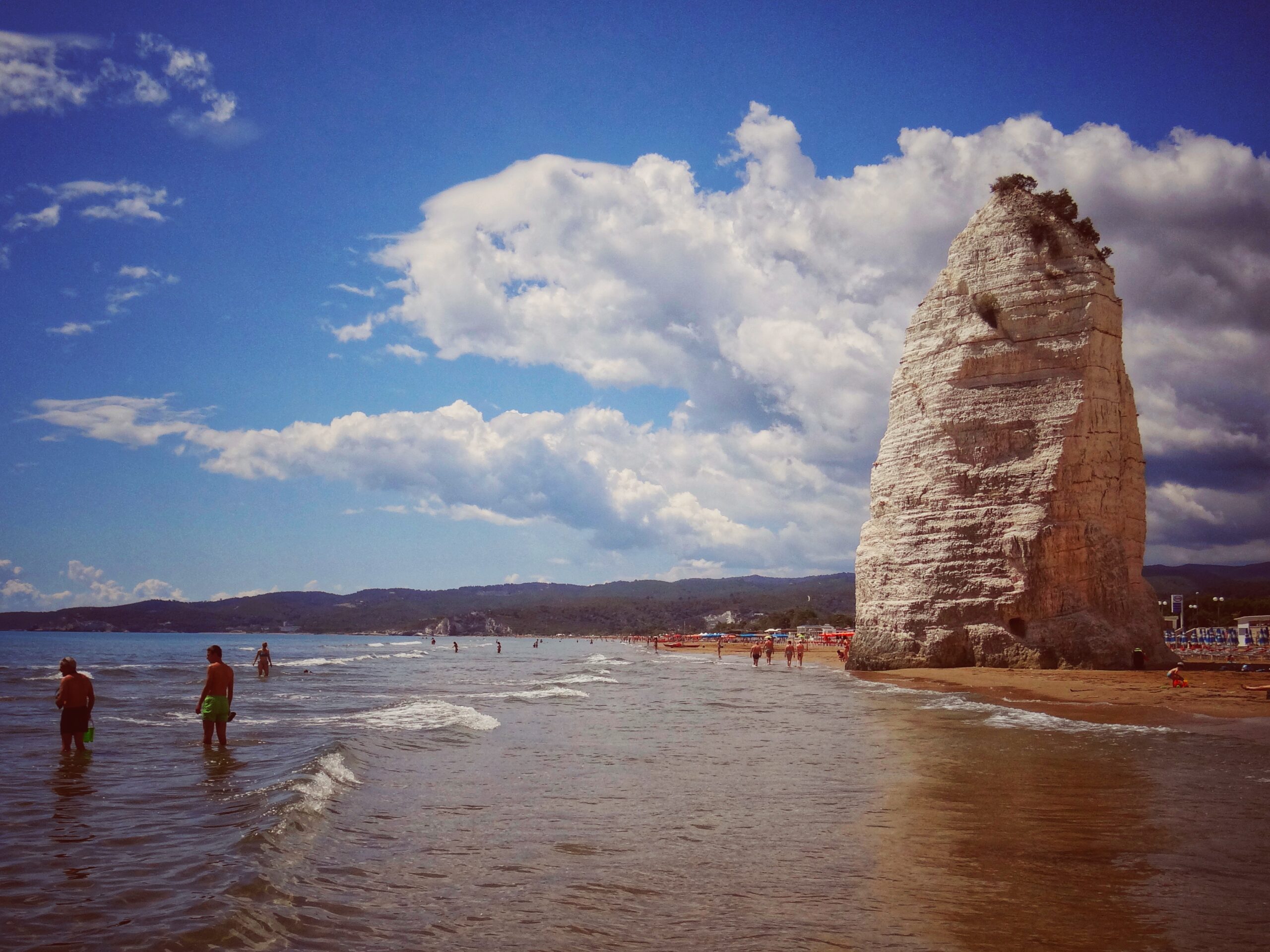 The faraglione of Pizzomunno stands proud and powerful, 25 metres high.

In the black of night moonbeams illuminate him like a beacon, the light reflecting off the surface of the water as if dancing at his feet. Teasing him. Yet Pizzomunno stands as still as he is impatient. A solitary and desperate figure.

But there are nights when Vieste’s fishermen looking back to the shore from their boats are unable to locate him. Even though they know this coast like the back of their hand these seasoned men of the sea swear that Pizzomunno is no longer to be seen...

Once upon a time when Vieste was only a fishing village consisting of huts on the water’s edge, there lived a young fisherman whose strength, beauty and charisma marked him out above all others. Pizzomunno.

Although the village girls were enamoured with him, Pizzomunno’s attentions were focussed on his two loves. The sea that he sailed his small fishing boat on every day and Cristalda, in his eyes the most beautiful girl in the village with hair as golden as the sun, eyes as blue as the sea and skin the colour of fresh roses.

In return Cristalda was devoted to Pizzomunno.

The other girls of the village were jealous. But they were not the only ones to feel this way.

At sea Pizzomunno faced many dangers. But the strong currents and heavy waves that pulled and rocked his small boat were the least of his worries. Besotted by his beauty mermaids would emerge from the waters and swim around his boat to tempt Pizzomunno with sweet song, promising him eternal life as king of their underwater realm.

But his love for Cristalda would not be defeated by the song the lustful sirens. Deaf to their seductive voices and blind to the beauty of their naked, salty bodies, their efforts were in vain.

But these were persistent and vengeful mermaids.

As the lovers sat on the beach one warm and balmy evening the distant song of the sirens could be heard over the gentle lapping of the sea on the shore. Pizzomunno shrugged off their attention, assuring Cristalda that only his love for her mattered.

In the naivety of their youth they laughed, with joy and happiness. But to the sirens Pizzomunno and Cristalda only mocked them.

Rejected and jealous the sirens decided that Pizzomunno had to be punished. Together they planned to exact a terrible revenge, to put and end to the love between Vieste’s star-crossed lovers.

And so it came to pass. On a night that seemed like any other, the two lovers were sitting by the sea shore, once again under the moon and stars that sparkled in the still, black night. Suddenly, without warning, the sirens came in silence and in darkness. Taken by surprise they were able to snatch Cristalda from Pizzomunno’s arms, chaining and dragging her with them down into the depths of the sea.

In fast pursuit Pizzomunno dived after them. He continued until beyond exhaustion. But to no avail.

In that instant Pizzomunno’s desperation and grief at losing Cristalda hit like the strongest of waves that had ever battered his boat. Crushed and filled with despair instead of love his heart turned to stone. Slowly and as painfully, the petrification swiftly spread through his body and his soul.

From the depths of the sea Cristalda wept, her own tears turning into a pink coral.

The transformation of Pizzomunno and the distraught tears of Cristalda struck the wicked mermaids. Remorse and guilt make uncomfortable companions.

Whether they were moved by such manifest and transformative love, or haunted by the whispering of the names of Pizzomunno and Cristalda by the sea, the sand and the soft sea breeze, the sirens could no longer bear the burden of their guilt.

The weird mermaids resolved that Pizzomunno and Cristalda should be reunited again. But only for one night, and only once in every hundred years. 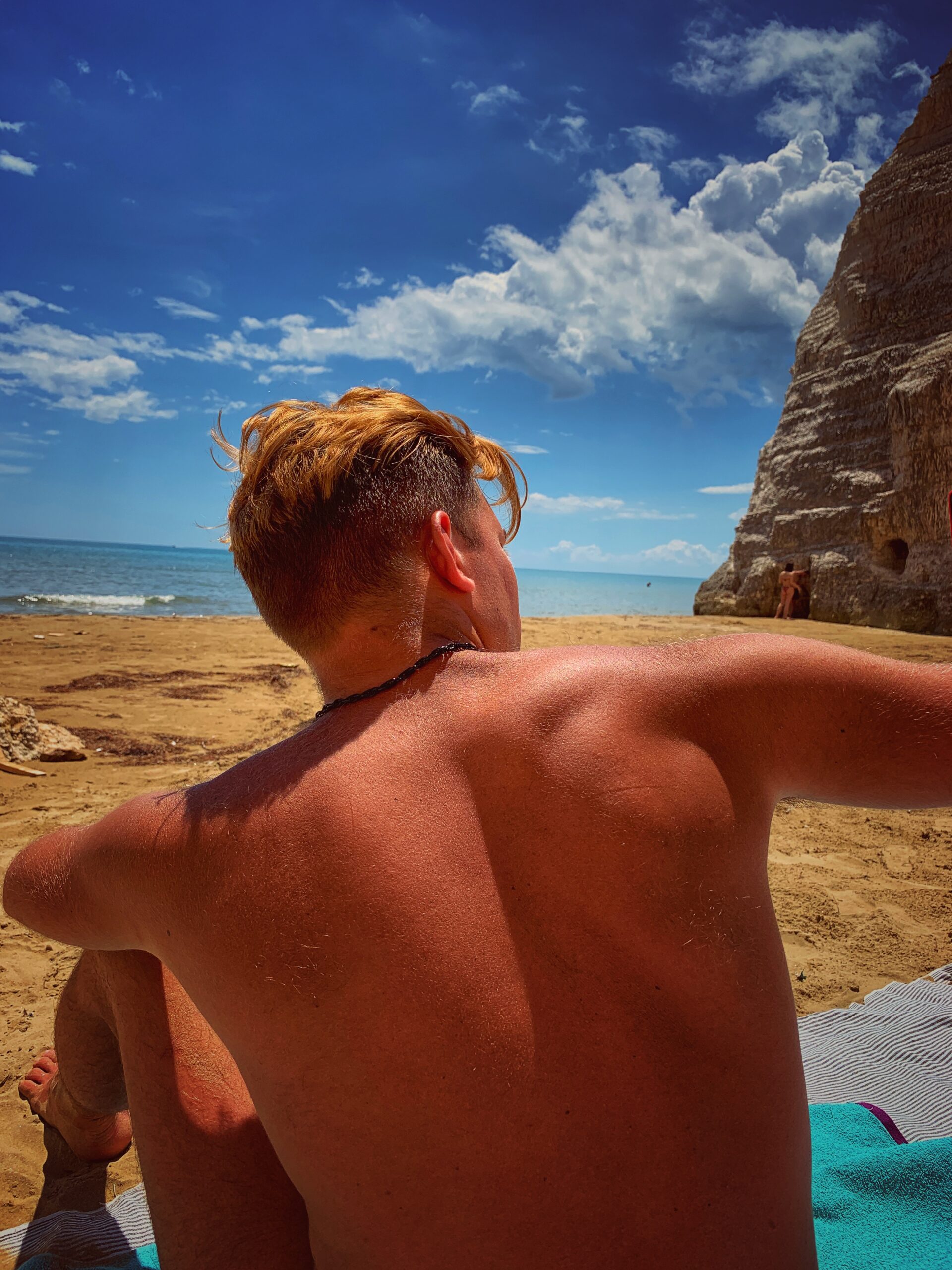 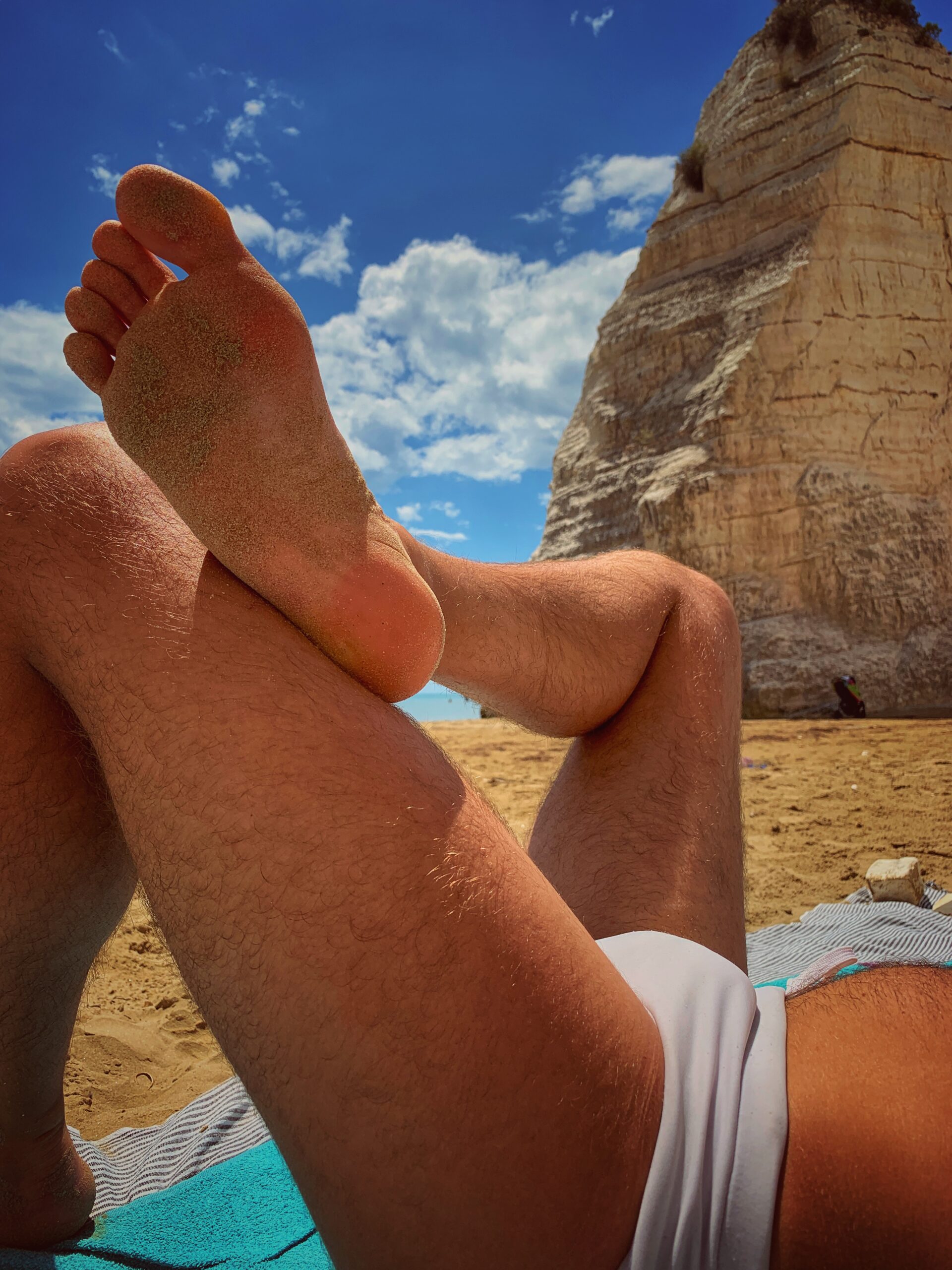 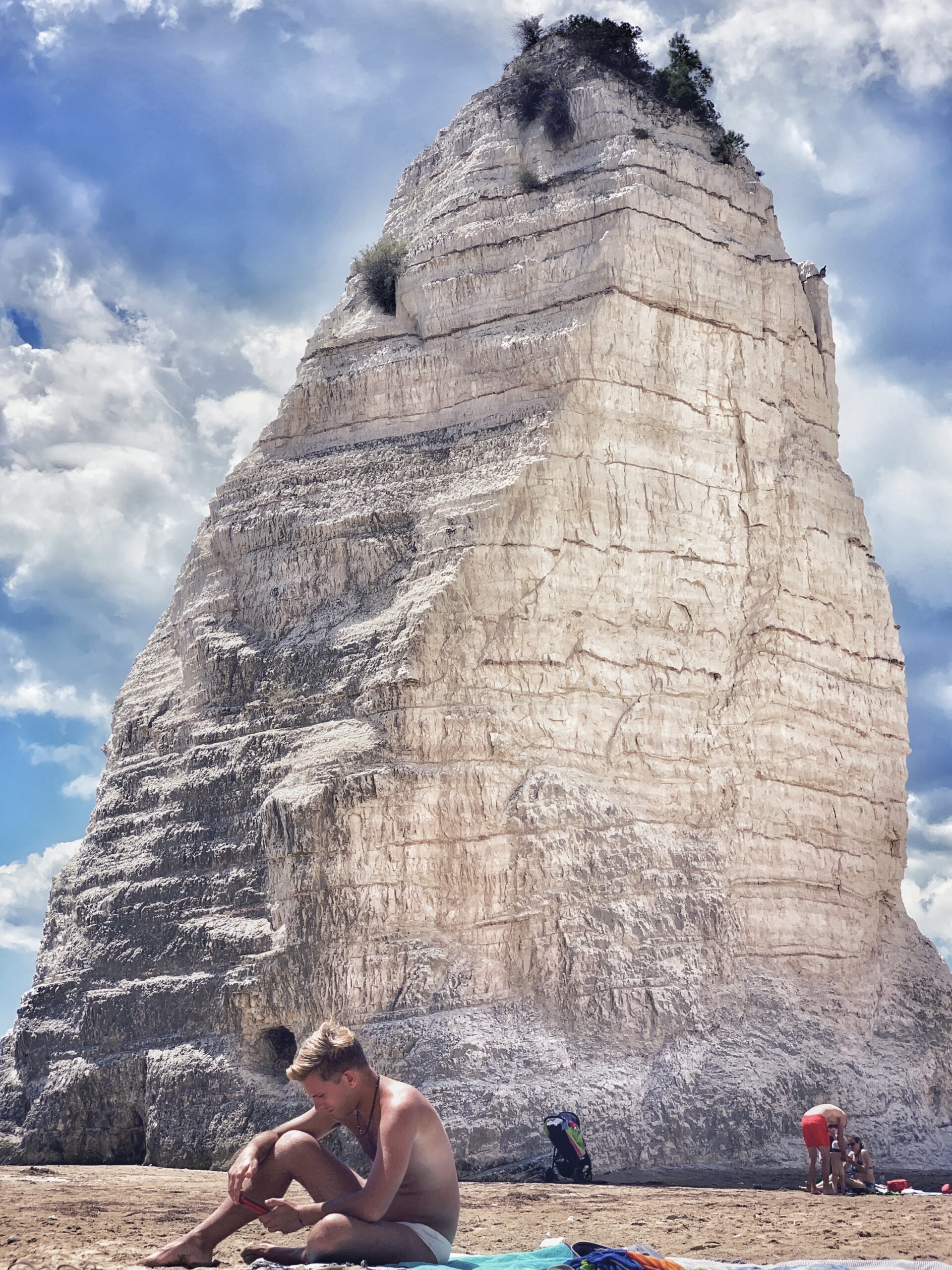 For the 2018 edition of the Sanremo Festival, Italian singer-songwriter and musician Max Gazzè presented a version of the legend of Vieste’s famous lovers. In his iteration Cristalda is one of the mermaids whose jealous sisters take their revenge in the same way.

It’s a haunting and beautiful song.