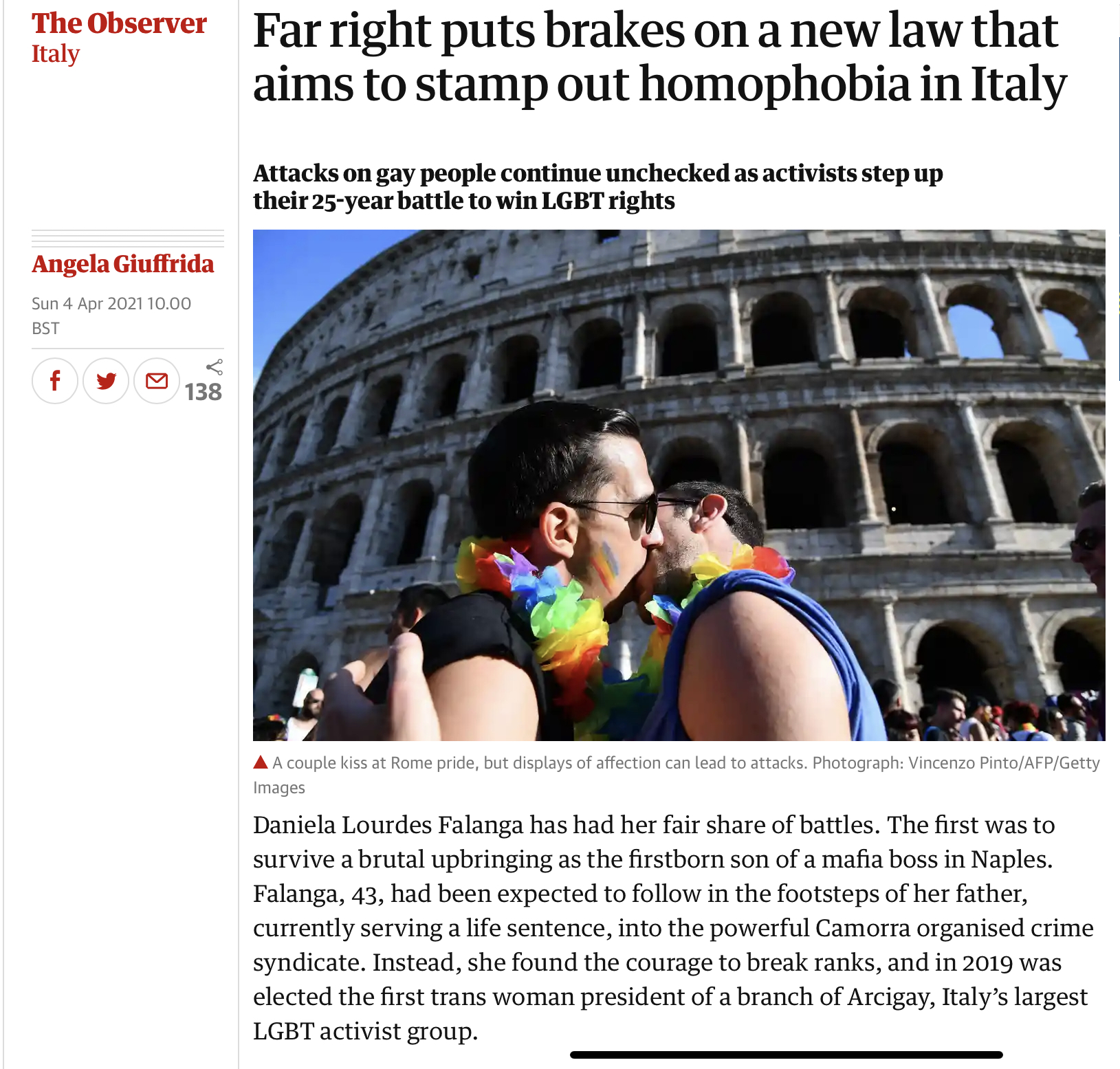 Although Italy approved same-sex civil unions in 2016, the country lags behind its EU partners in creating anti-homophobia measures. Attempts by various governments over the past 25 years to enshrine LGBT rights in law have either been stifled or sabotaged.

An attack a fortnight ago on a gay couple who kissed at a metro station in Rome prompted renewed calls for the urgent approval of the law. The law was passed by the lower house of parliament in November, but its passage through the upper house, or Senate, has been delayed by a change of government and fierce resistance from politicians in Matteo Salvini’s far-right League party.

The bill, drafted by Alessandro Zan, a gay politician with the centre-left Democratic party (PD), would be an extension of an existing law that punishes racist violence, hatred and discrimination, with jail terms of up to four years.

A second attempt last week by the Senate’s justice committee, whose president is the League’s Andrea Ostellari, to schedule a date for the final vote failed.

“The majority of people in the commission back the law, but we are being held hostage by a president who arbitrarily decides that the vote shouldn’t be scheduled because he belongs to a party that doesn’t want it,” said Zan.

Read Angela Giuffreda’s article “Far right puts brakes on a new law that aims to stamp out homophobia in Italy” from The Observer, Sunday 4 April 2021.