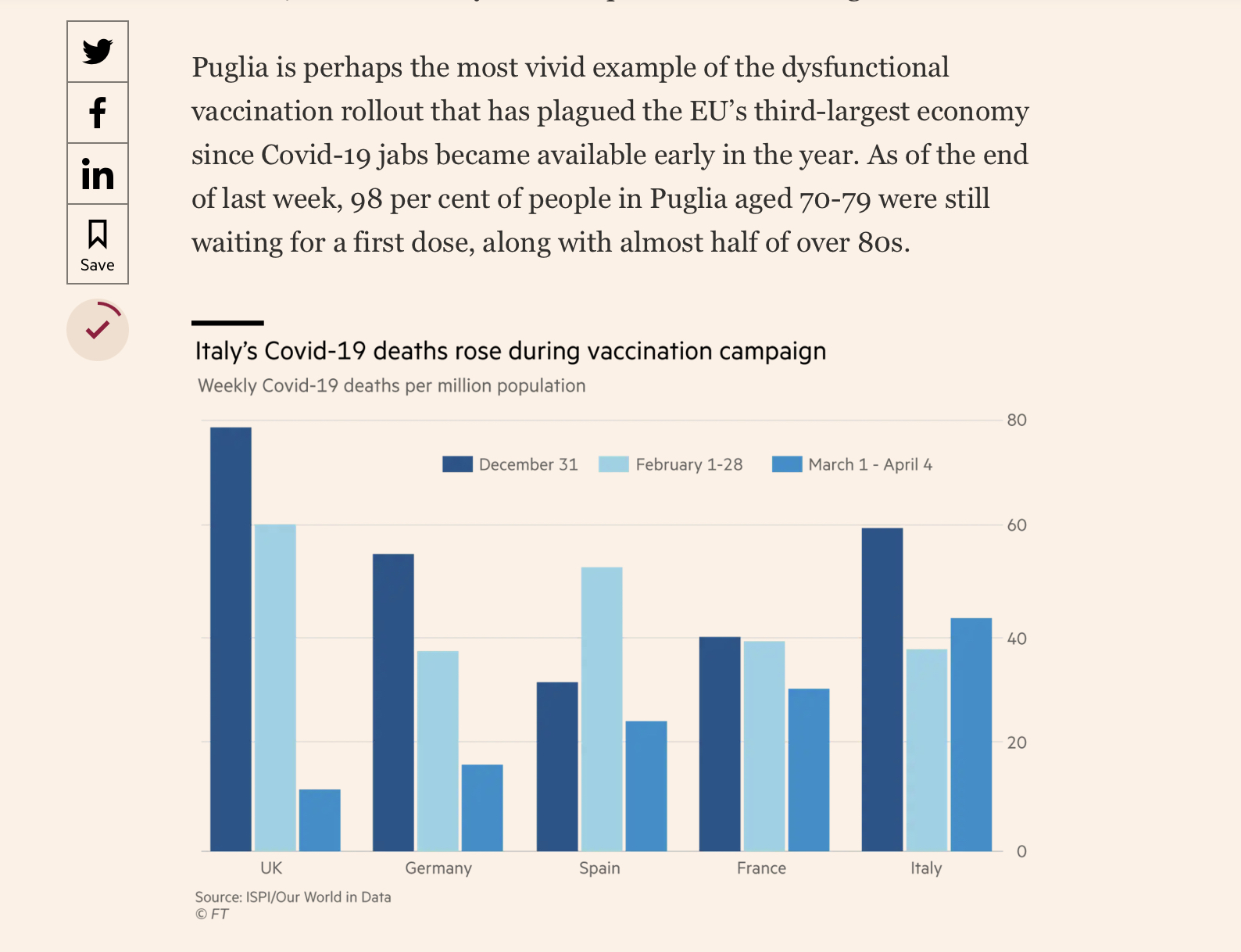 As of the week ending 9 April 16.9% of Italy’s adult population (over 16) have received at least one vaccination shot.

One week ago this was 14.5% representing an increase over a one-week period of 2.4%. 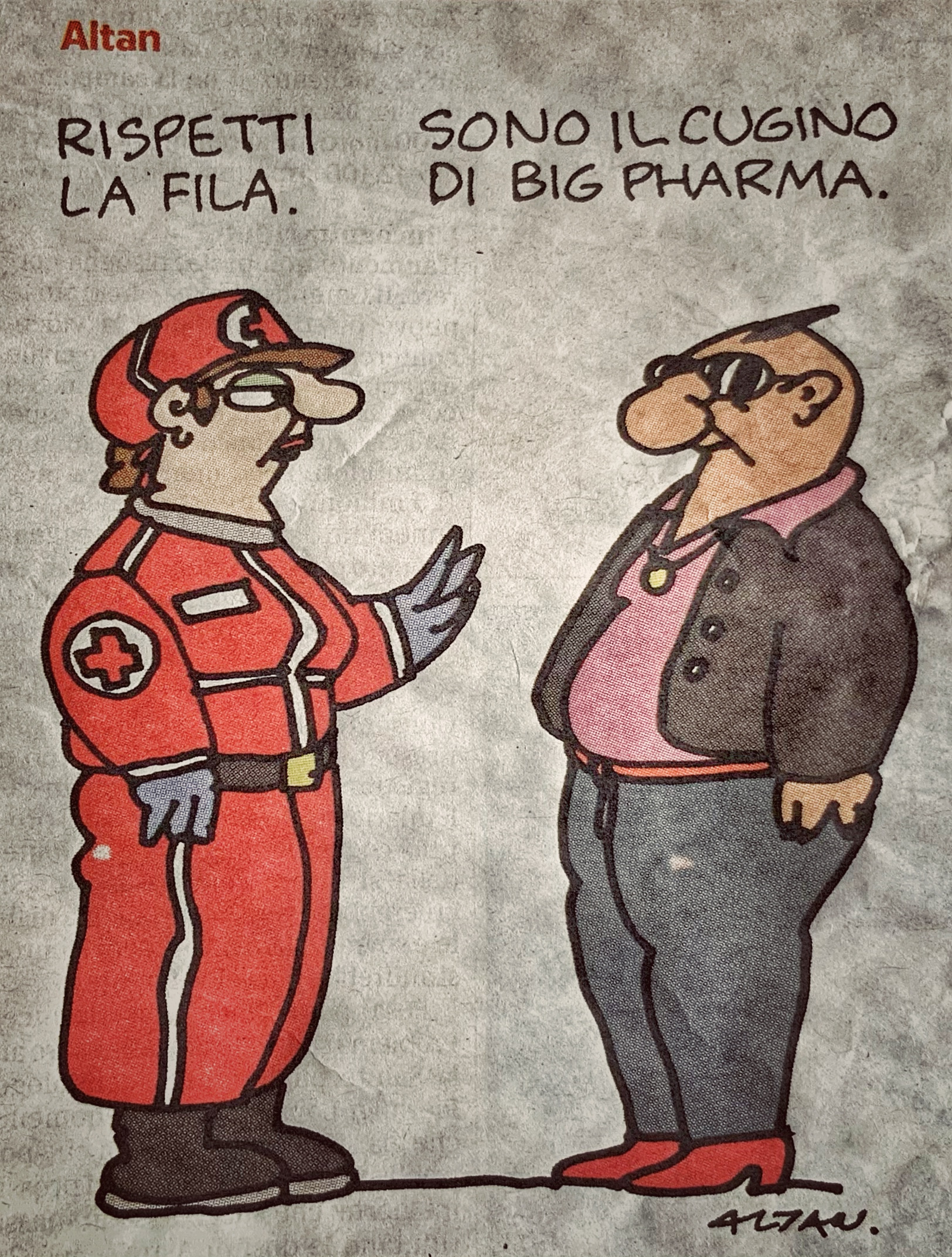 After the authorities in Italy’s Puglia region asked Antonio La Scala to conduct an audit of everyone who had been given a coronavirus vaccine, the findings left him in shock.

Of the 140,000 people in the region who had received a jab having been classed as priority medical workers, thousands appeared to have no links with the healthcare industry.

“We could immediately see the numbers didn’t add up . . . Puglia doesn’t have this many healthcare workers,” La Scala, head of the region’s medical inspection unit, said of his research carried out in mid-February.

“We cross referenced the data with social security information and found there were many people getting doses with no right to them: friends of friends, associates, parents,” said the 52-year-old dubbed the “007 of vaccines” by the local press for his investigative skills.

Puglia is perhaps the most vivid example of the dysfunctional vaccination rollout that has plagued the EU’s third-largest economy since Covid-19 jabs became available early in the year. As of the end of last week, 98 per cent of people in Puglia aged 70-79 were still waiting for a first dose, along with almost half of over 80s.

“We’re working around the clock,” said La Scala, a former inspector in the Italian financial police. “We’ve found people who wrote nothing on their self-certification forms about their reason for getting a priority vaccine . . . It’s absurd.”

His unit has handed its preliminary findings to Italian law enforcement and he hopes that those who illegally jumped the queue will be prosecuted.