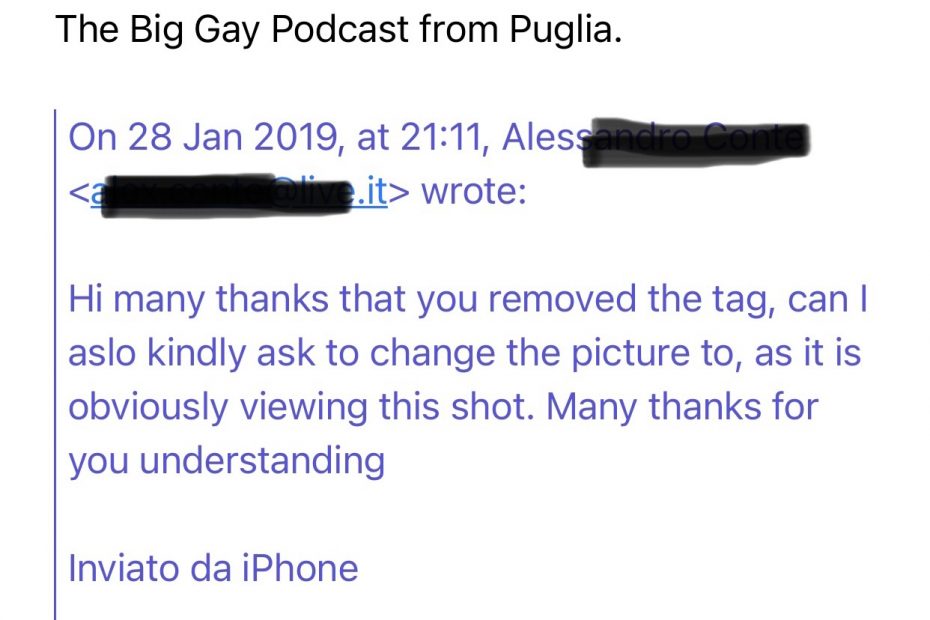 In 2018 we visited a lido club and bar in Gallipoli, one that had been recommended as the gay beach club destination to visit, often referenced as such in gay guides all across the internet.

We posted some pictures on our Instagram account. Some months later we received an email from their PR manager. The first asking us to remove the tags on the basis that they were “not only” a gay beach but a beach for all. 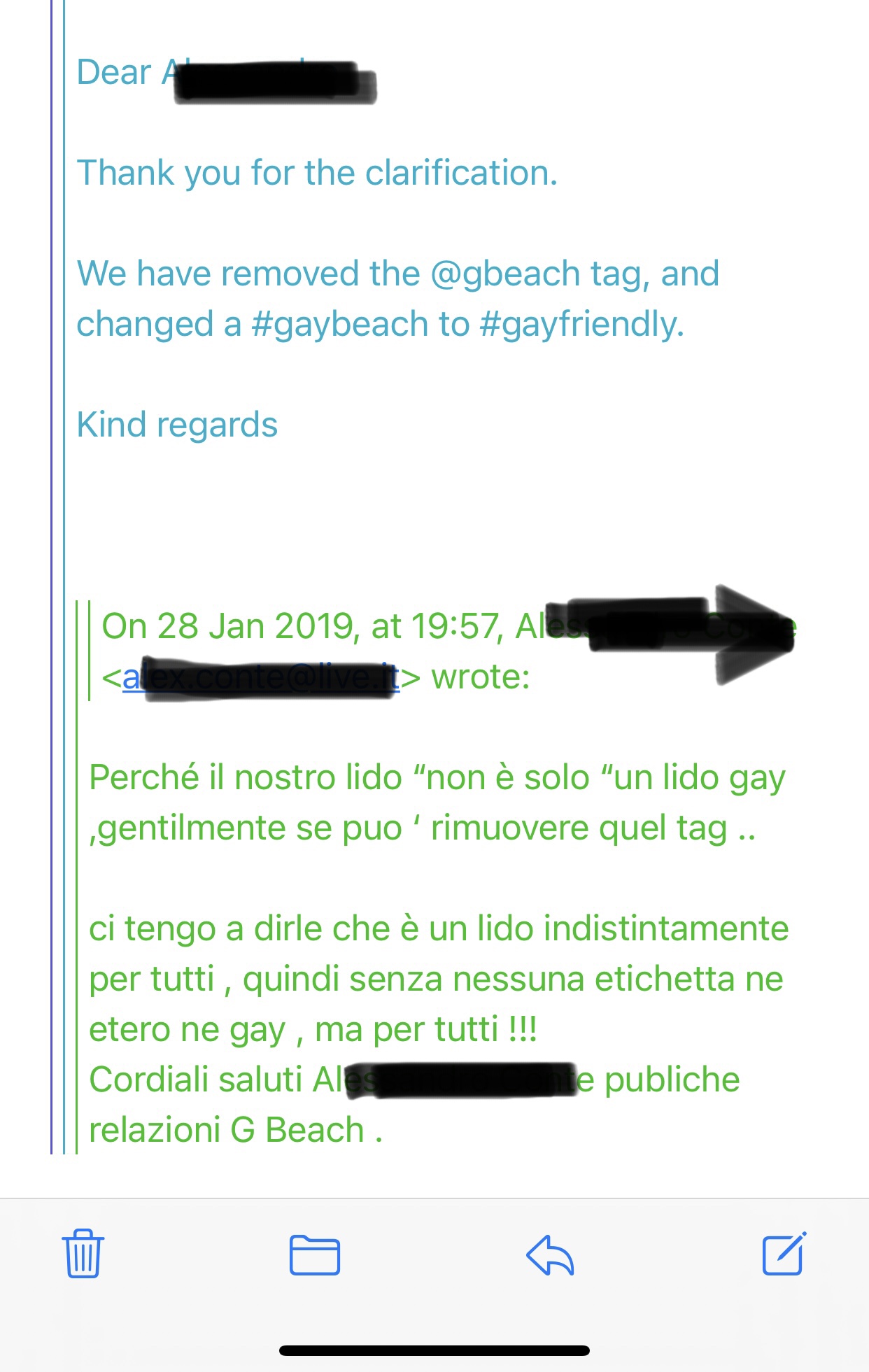 Having done so as a matter of courtesy and changed the #gaybeach tag to #gayfriendly, we were then asked to remove the photo from our Instagram account (our account proudly boasting the name The Big GAY Podcast from Puglia) because the venue could still be identified. We refused to do so. Thousands of pictures on Instagram had been shared which clearly showed the branding of the lido club. Why would our photo published on our Big GAY Podcast from Puglia Instagram account so objectionable? 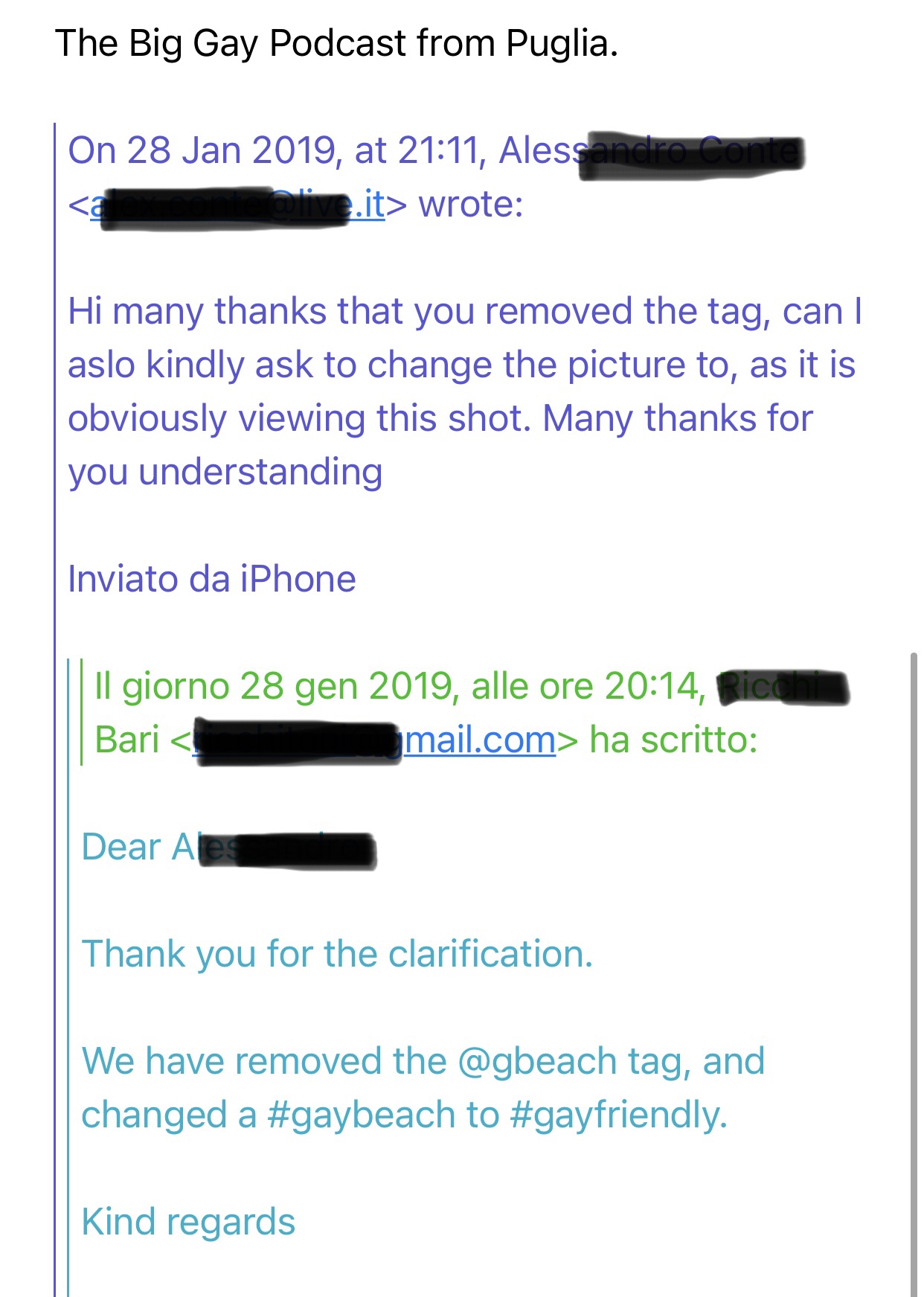 After some digging around we found that following a change of management the venue had allegedly become, so it was reported, homophobic following incidents where two same sex couples were asked to leave after kissing.

The club defended their position, but in the rebuttal stated that being gay was a choice.

Since then top gay travel influencers ask gay patrons and allies to avoid this venue. 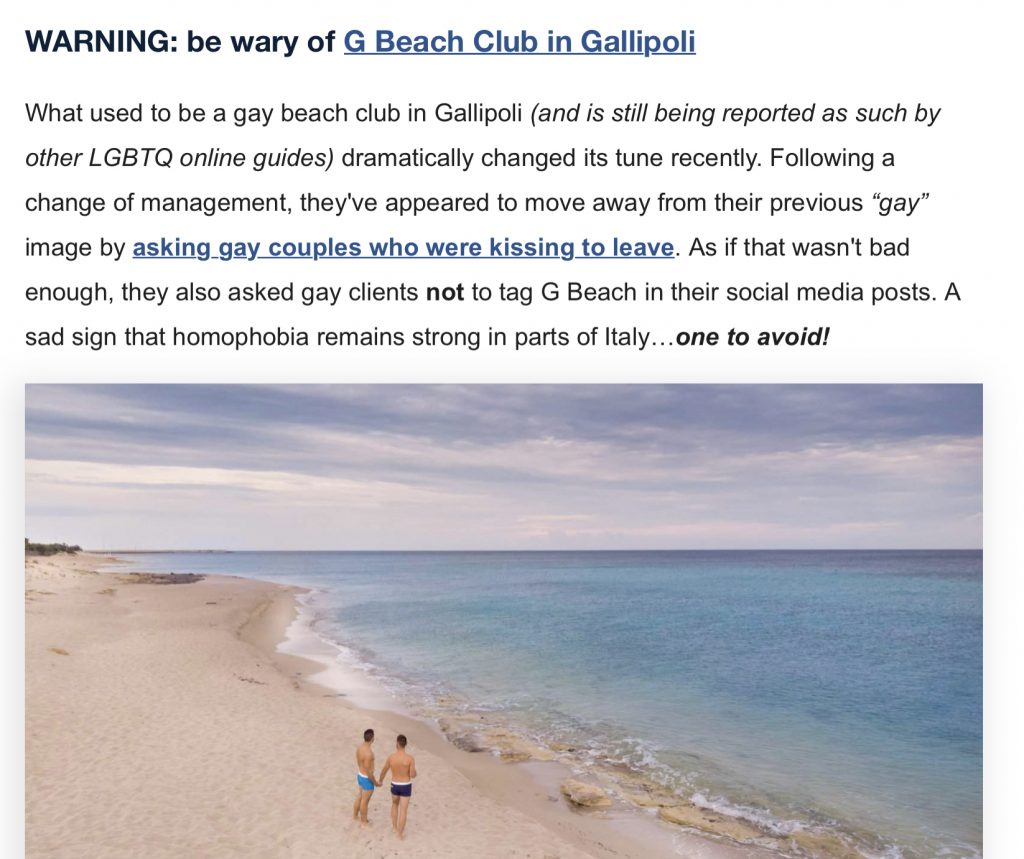 This morning we found ourselves targeted and (along with a number of other popular gay accounts) tagged on Instagram by someone working in paid partnership with this venue. The promotion also came up on our Facebook Page.

With fewer visitors coming to our region we have noticed a significant increase in the number of social media promotions targeting us. But once again as regards this particular Gallipoli beach club venue we counsel against giving them your patronage.

Please choose instead any of the amazing venues elsewhere in Gallipoli, especially those in and around Baia Verde.