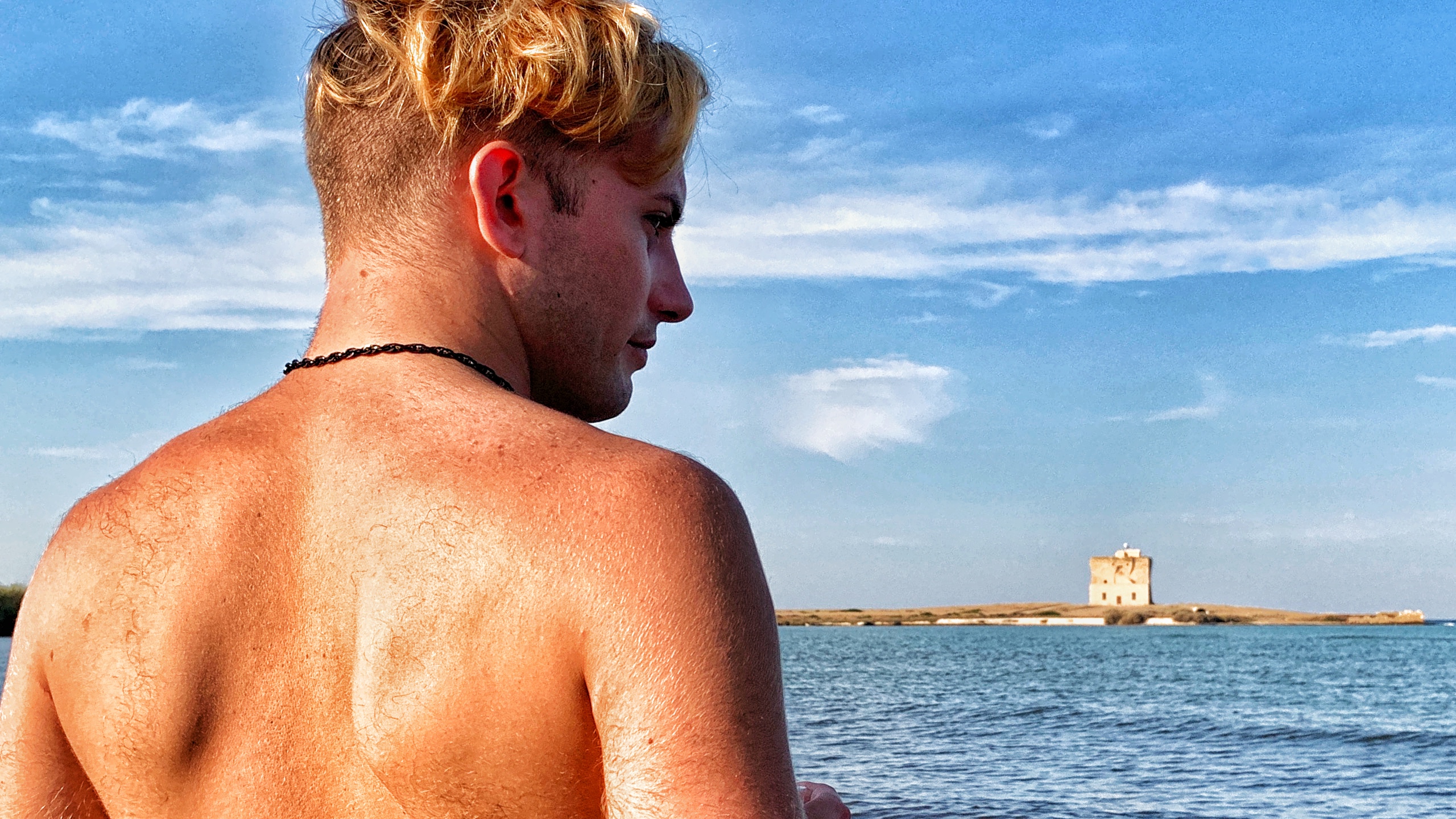 With the longest coast of Italy’s mainland regions, spanning over 500 miles, Puglia sits between the Adriatic and Ionian with incredible beaches.

Torre Guaceto is a huge nature reserve on our Adriatic coast lying to the north of Brindisi, not far from Ostuni. It is home to one of Puglia’s most popular gay and naturist beaches. But its secluded location means that it takes a little time to get there. Once you park your car, the gay section of the nude beach is still at least a 30-minute walk away. 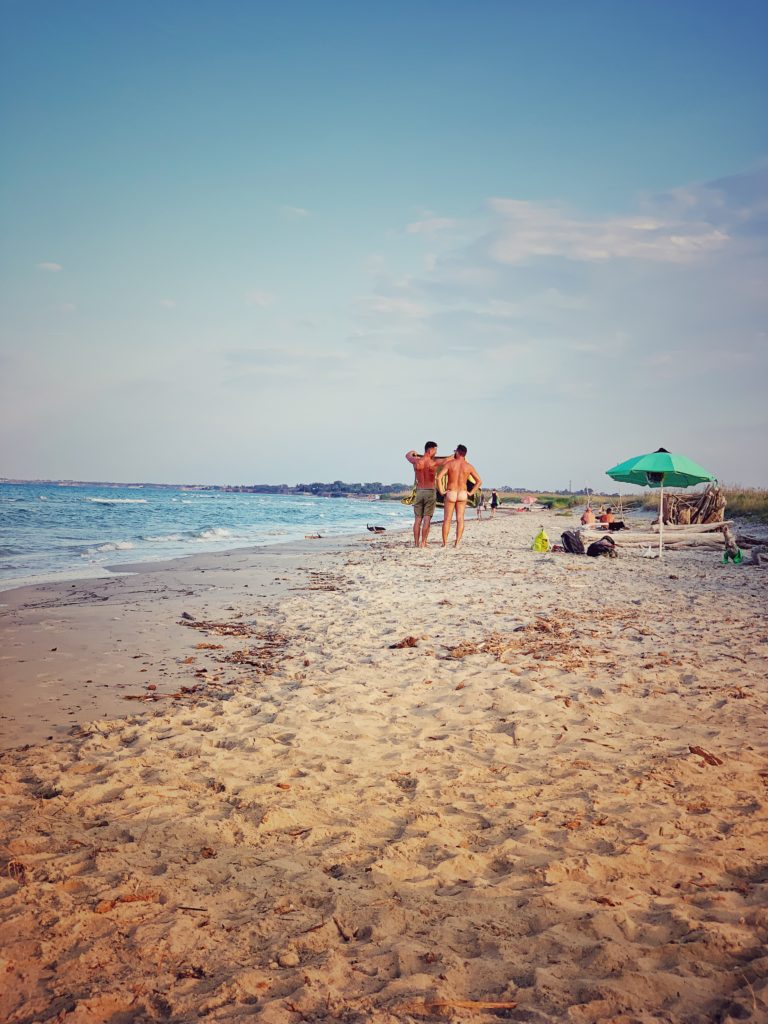 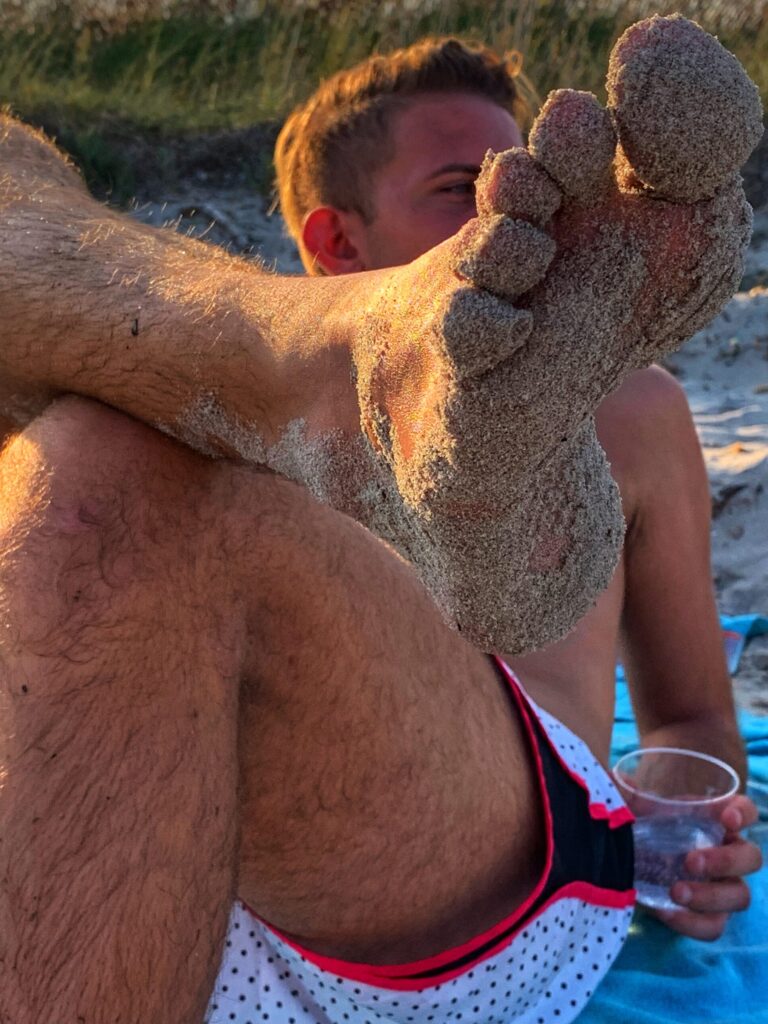 The gay section takes a little effort to get to. But over the summer months this is a busy beach, especially with locals at weekends.

The beach area is long and shallow with whiter rather than golden sand. It sits within an adjacent protected marine area where swimming is not actually permitted, though little regard is paid to this. However, drones have been known to fly over to police this.

You will notice a steady stream of guys walking in the direction of the tower to the three “rooms” to take a break from sun and sea. These are areas defined by the reeds and long grasses that extend out into the sea. When they are cut back they affording less screening and privacy than usual.

Facilities | none | bring your own refreshments.