Greg Louganis | The Man Who Made A Bigger Splash 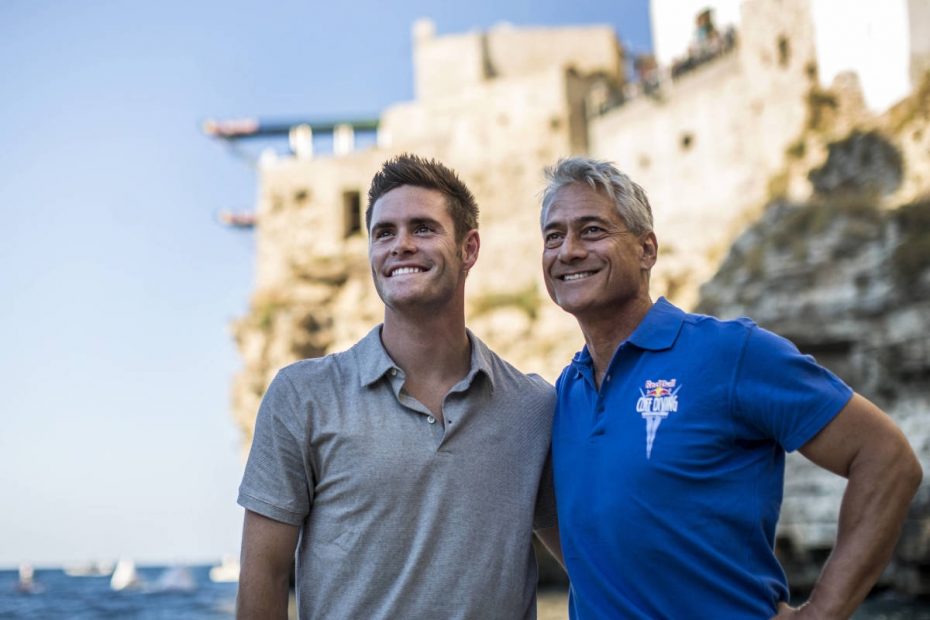 As the Red Bull Cliff Diving World Series returns to Polignano a Mare this week it brings with it the man who made a bigger splash while spending his diving career trying to barely make a ripple.

"The greatest American diver" and "probably the greatest diver in history", Greg took gold at the 1984 and 1988 Summer Olympics on both the springboard and platform. He is the only man and the second diver in Olympic history to sweep the diving events in consecutive Games.

Had the American boycott of the 1980 Moscow games not gone ahead it is likely Greg would have taken another two golds. He was favourite for both events and acknowledged as the best in the world.

Greg dominated diving, winning his first world championship title in 1978. He took two more in 1982, the first diver in a major international meeting to get a perfect score of 10 from all seven judges. In 1986 came titles four and five.

Alongside his towering diving status Greg is remembered for another defining moment.

At the 1988 Seoul Olympics during the springboard heats leading by eight points he struck his head on the springboard as he straightened out too early while attempting a reverse two and a half somersault in pike position. “I jumped off the board and heard this big clank”. 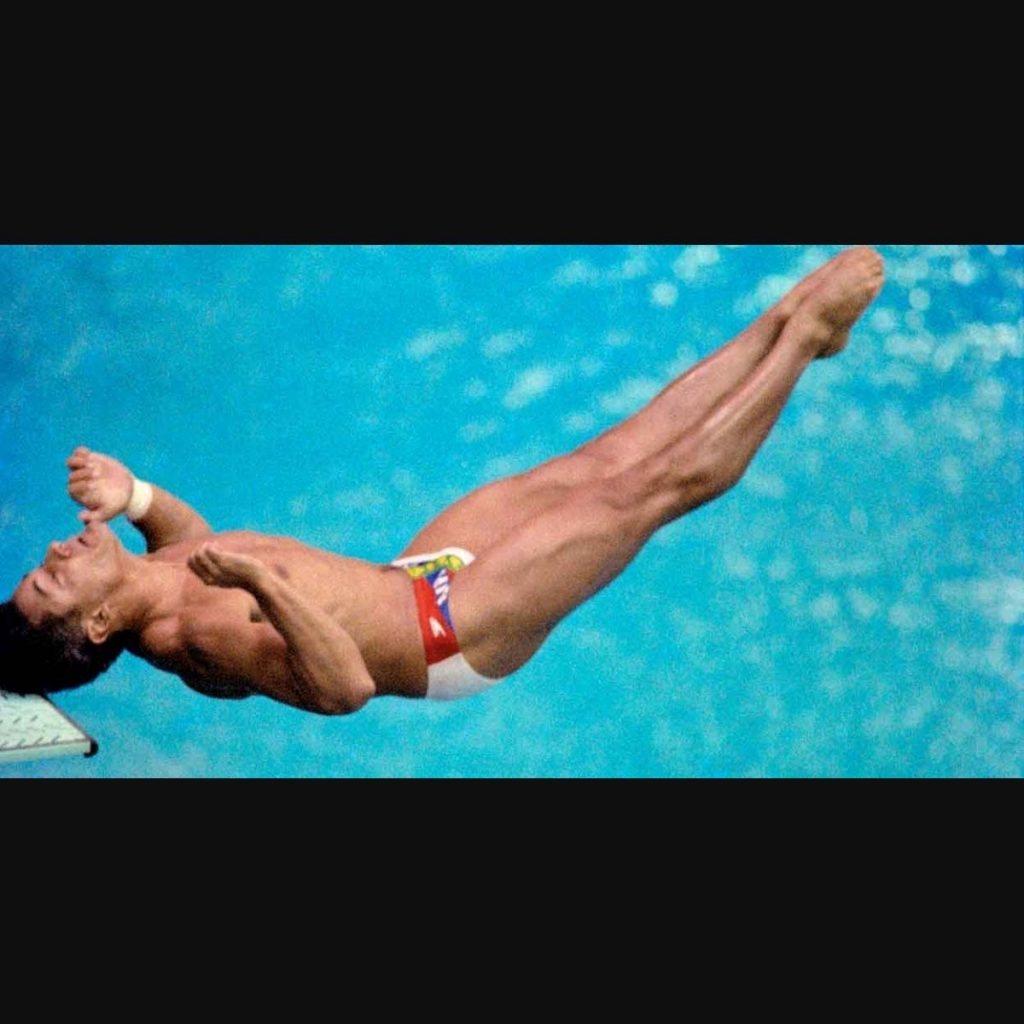 He cut his head, an injury that needed five stitches and had to be closed immediately if he wanted to continue.

Patched-up, Greg emerged for his penultimate dive a reverse somersault with three twists. As he prepared the Jamsil Indoor Swimming Pool fell silent. A lesser person could easily have crumbled and lost their nerve. But Greg soared. His score of 87.12 points was the highest of any diver for any dive in the qualifying competition, and earned him a standing ovation.

Despite being one of the most famous and celebrated men in America at that time few could actually have known of the inner turmoil also brought to a head in that instant, making his achievement all the more remarkable.

Just six months before the Seoul Olympics, Greg discovered that he was HIV positive. But no-one outside his close circle knew. Not even US diving team physician Dr James Puffer who closed and stitched the wound.

“I had 10 minutes to close the wound, at least so he’d be able to dive again,” Dr Puffer said later. “Unfortunately there were no gloves. I made the decision I was going to close it without waiting, otherwise he might not have been able to go to the next round.”

In 1995 Greg came out publicly on Oprah Winfrey’s TV show. Later that year he admitted on Barbara Walters’s show that he was HIV positive.

That retrospective disclosure put Greg’s focus and composure at the 1988 Olympics into context. While dealing with a potential confidence bashing injury mid-event he agonised about whether to tell the team physician that he was HIV positive or not. He decided not to.

“I was so stunned,” he said. “I mean, what was going on in my mind at the time was, ‘What’s my responsibility? Do I say something?’ This has been an incredibly guarded secret.”

After Greg made his condition public in 1995 the chairman of the Seoul Olympics organising committee said that his participation was “really regrettable” and “not morally right”. Dr Puffer tested negative for HIV. Speedo continued its sponsorship deal with Greg.

Among his many other, incredible achievements, Greg Louganis is an LGBTQI rights activist and HIV awareness advocate. A role model and a real life hero and legend.

Greg - thank you for thrilling us, for entertaining us and for continuing to inspire us. If you want to try one of Polignano’s famous polpo paninos when you are in town, it would be our pleasure. Just send us a DM on Twitter or email us. 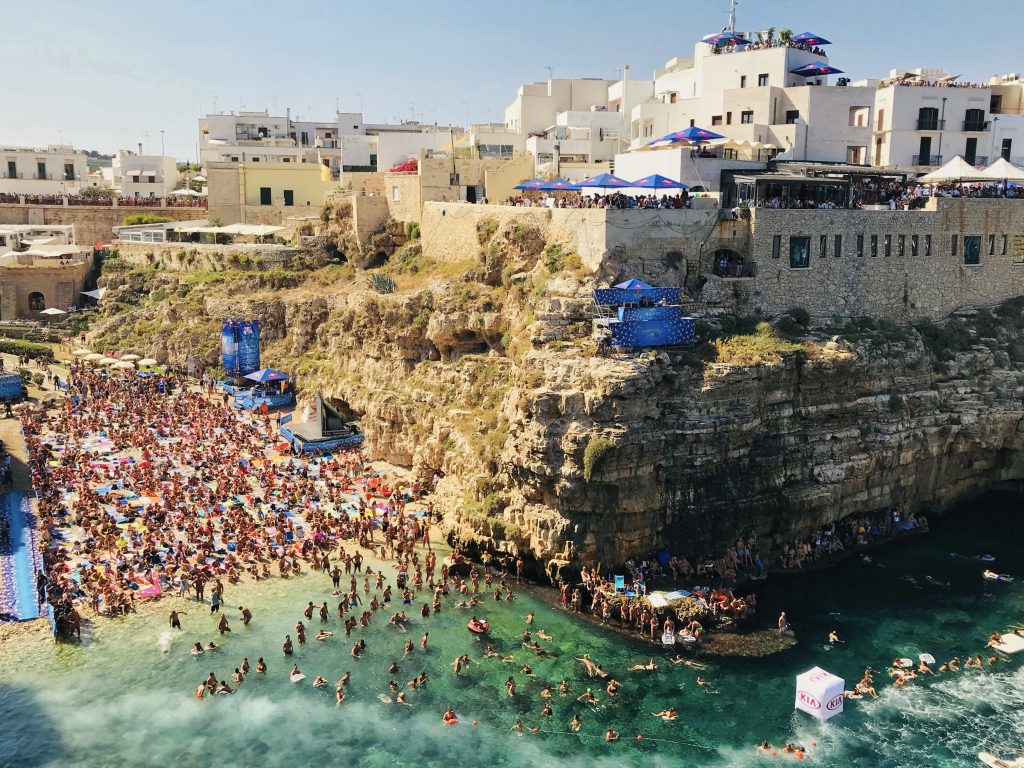 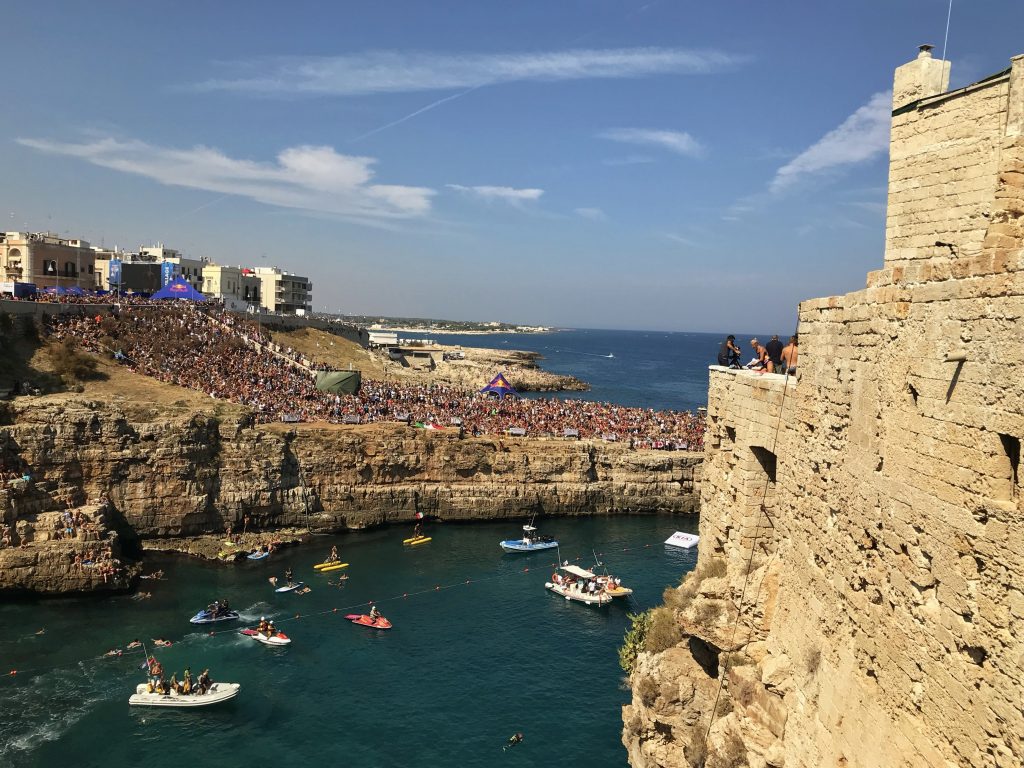 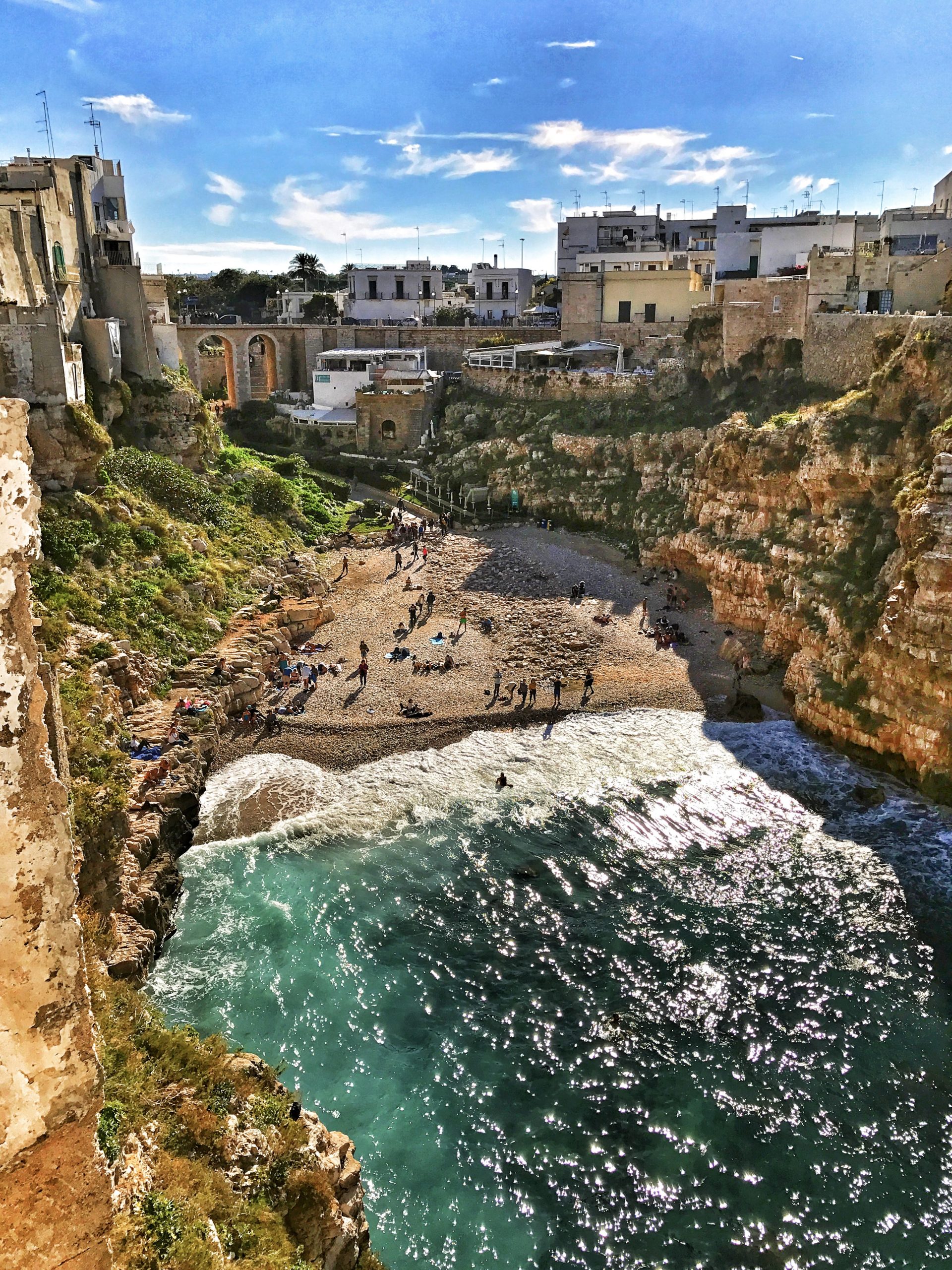 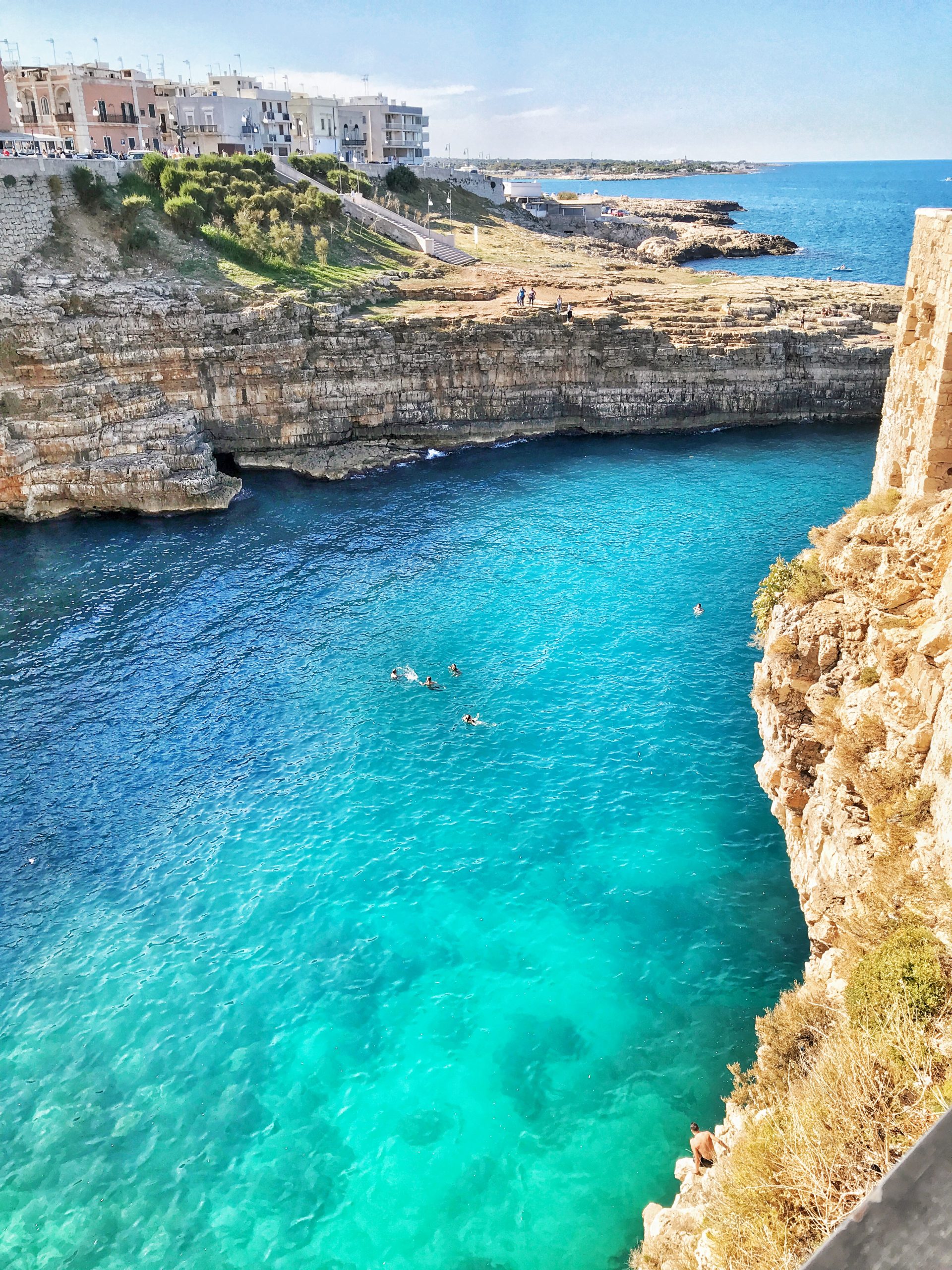 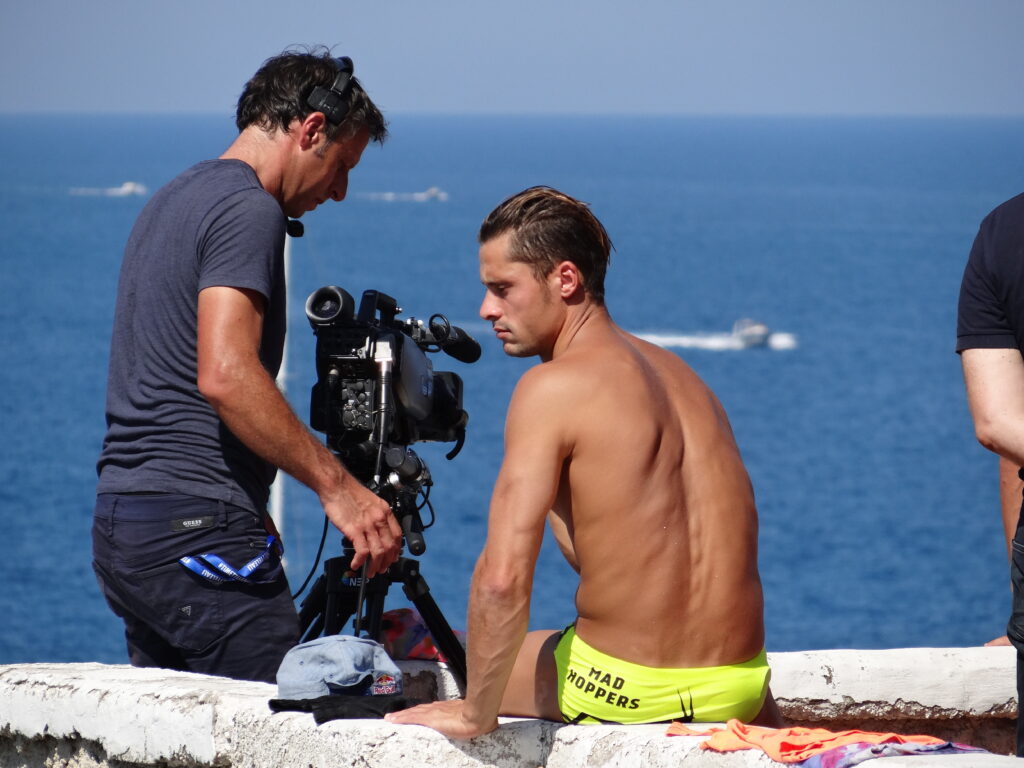 The main spectacle is of course the diving but second and third places belong to the views of spectators surrounding the take-off spot on land and water and the unique route to the platforms.

Divers emerge from the water, negotiate a crowded beach and walk barefoot through Polignano’s bustling old town before finally, via a private living room, arriving at the platforms mounted on a rooftop terrace at 27 and 21 metres above the sea.