Conquering Puglia | Gay hookup apps to use on vacation 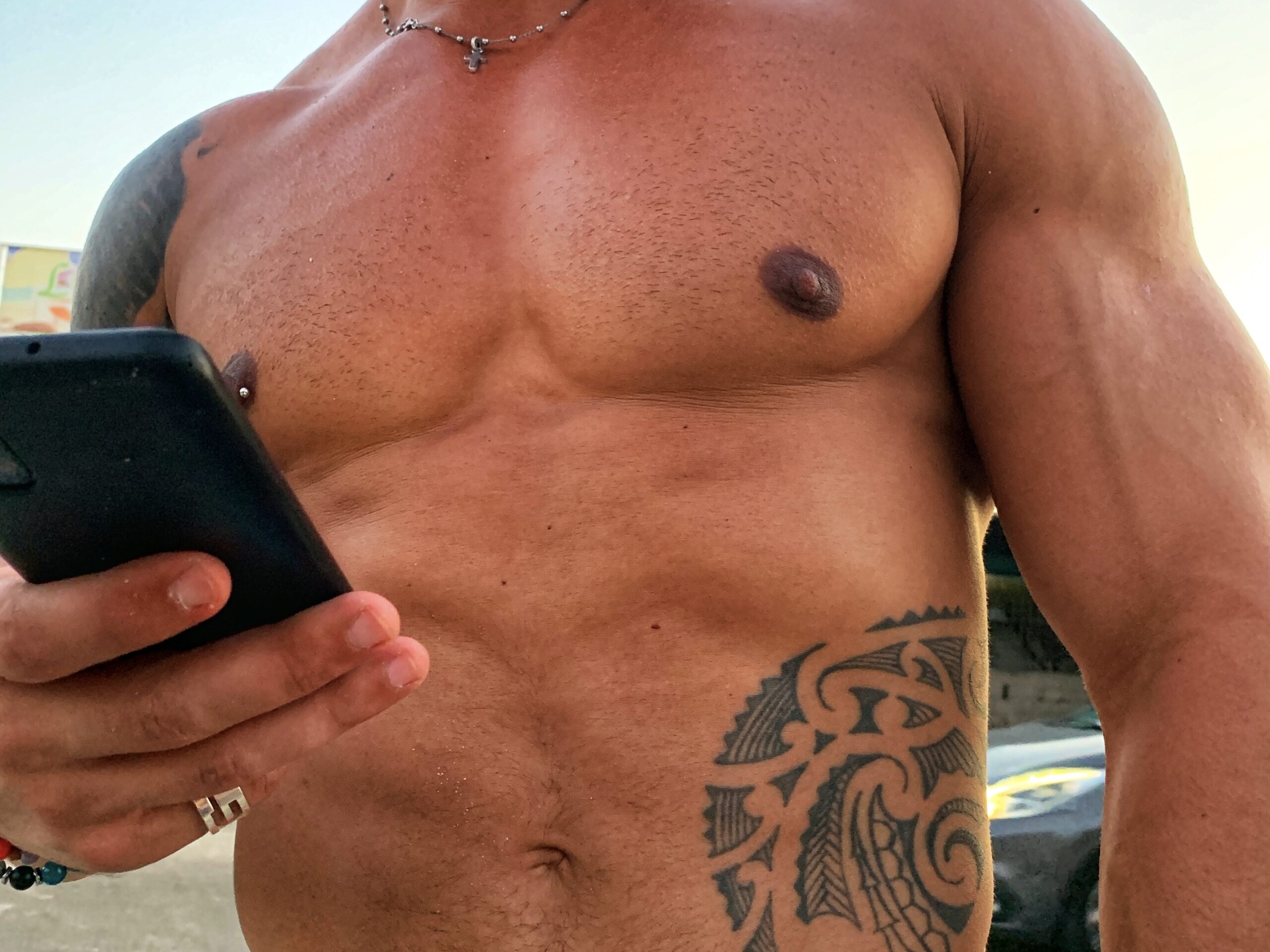 Puglia is especially known for its tolerance and inclusivity. We put this down to Puglia’s rich and diverse history. Our region has always been a land of passage, a gateway to other cultures. Long before invasion by social media Puglia was conquered by the Greeks, the Romans, the Ostrogoths, the Byzantine Empire, the Normans, Aragonese, French... Many of their various influences can still be seen today.

The Saracens also had a go, but never quite managed. But then, they never had Grindr, Tinder or any other dating apps to help them. 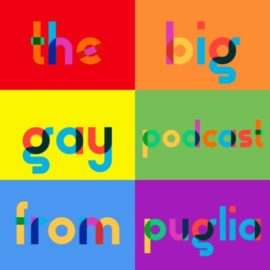 It’s the best of both worlds. The perfect partnership of digital and virtual cruising, where you can window shop and at the same time try on to see whether the size fits.

Even sitting on one of Puglia’s gay beaches most guys are busy on their phone.

Gay beach cruising in Puglia is a like ordering on Uber Eats, GrubHub or Deliveroo. Whether you settle on a simple appetizer or go for the all you can eat buffet you know before you’ve even tried a mouthful it’s going to be exactly to your taste. Everything is negotiated in real time before you decide to explore the shade of the pine grove conveniently located behind the beach.

While some of the hookup apps are universal, one of the most popular may not be one you are familiar with. 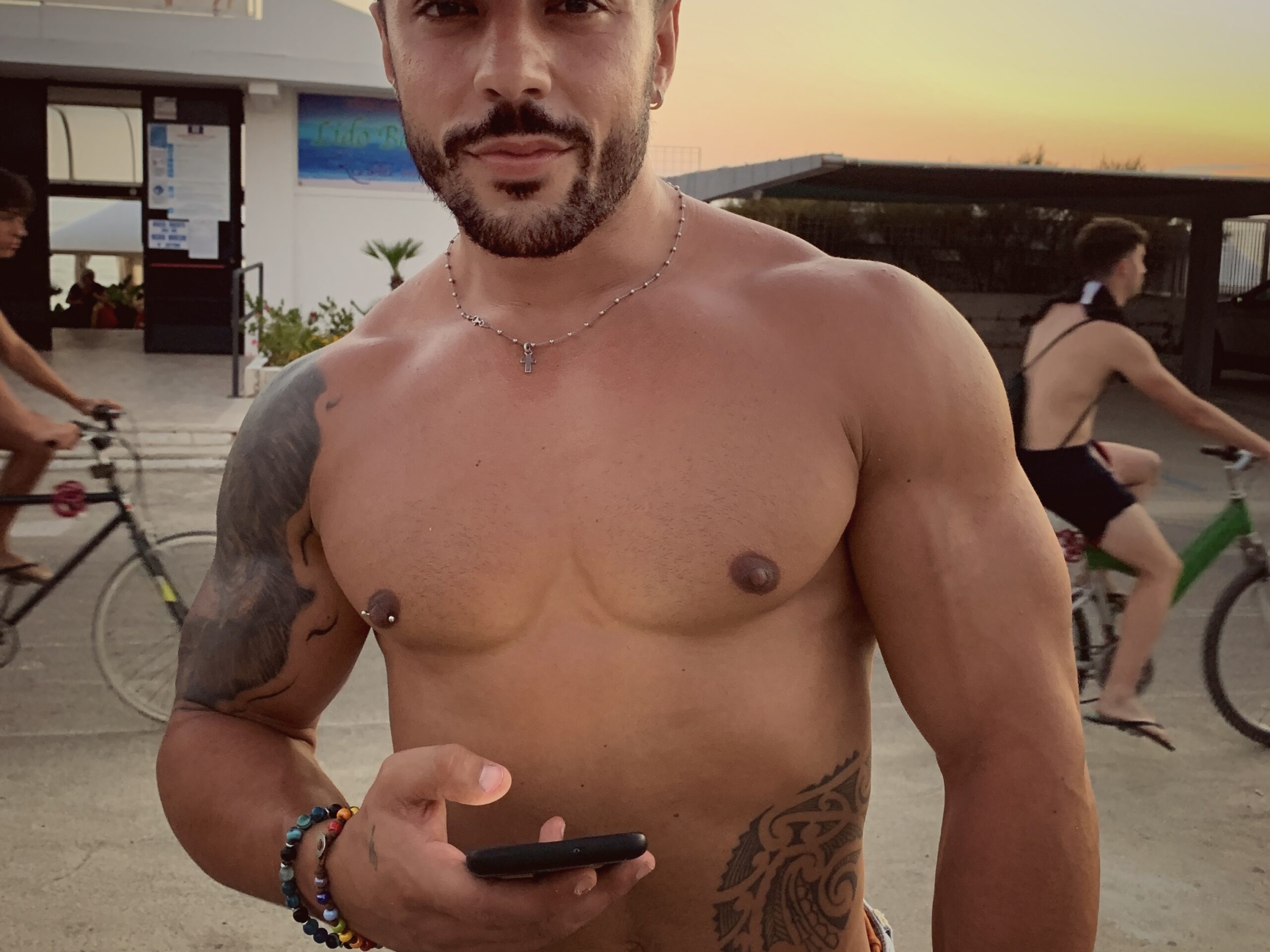 Grindr is extremely popular hookup app and usually the default, though many Italian guys will use Tinder, especially if they are not open. Scruff is typically underused.

Throughout Central Europe the ROMEO gay dating and chat app from planetromeo.com is popular, and most guys looking for a hookup will have a profile and use it; some prefer it to Grindr.

Some background and useful phrases

In addition to highlighting some phrases you might see on dating apps, it is worth taking a moment to understand the cultural background and the history of men having sex with men in Italy, which still comes into the mix.

Homosexuality was decriminalised in Italy in the late 19th century, but remained illegal elsewhere in Europe. Consequently Italy became a destination for same-sex sexual tourism. If you thought “gay for pay” was a modern internet driven phenomenon think again. Italian men who identified as straight thought nothing of having sex with homosexual men, especially if they remained the active partner, and particularly if they were rewarded.

Being paid for the act was something that was considered acceptable without having to identify or be branded as homosexual. Most importantly it was not considered shameful. Men who did not identify as queer but who had sex with other men for something in return were not stigmatised.

However Italy during the 2nd half of the 1930s was reconceptualising itself, with a series of laws introduced by the state to guarantee racial purity. Law and action against homosexuals were part of the fascists project of reshaping men and Italian masculinity. In Italy, it was said, “there are only men”. Fascists perceived that homosexuals could contaminate others, children, youth. Gender non-conformity was worse.

Post Second World War a patriarchal society, the Catholic Church and support for far-right parties made it difficult for some Italians to lead open and authentic lives.

To this day, cultural and socio-economic influences mean that many single men stay with their family well into their thirties.

For a fascinating insight into the history of the perception of Italian queer men check out our LGBT+ History Month Italia podcast episode and guide.

Cerco stranieri = (I am) looking for foreigners
Cerco attivo, serio, discreto = (I am) looking for active, serious, discreet [guys]
Cerco un attivo riservato, duro e maturo per un passivo = Bottom looking for a reserved (discreet), hard and mature top. [I am looking (for) an active reserved, hard and mature for a bottom]
Cerco un giovane bsx, attivo o etero per incontro = I am looking to meet a young bisexual, active or straight guy [per incontro = for meeting]

Io attivo, cerco ospitale pulito = I am active, looking for [someone to] host, “clean”.
Se vuoi svuotarti = if you want to unload (literally empty yourself)
Incontro ragazzo o uomo che si vuole svuotare, faccio pompino = looking to meet a guy who wants to unload, I give a blow job
Non pelosi = no hairy guys [not hairy]
Non oltre 25 anni = no over 25s